Despite referendum - the high school in Arjeplog is closed: "Does not attract enough students"

During Thursday's municipal council in Arjeplog, a decision was made to close Hornavanskolan. After many discussions with divided opinions, the vote ended in 14 of 19 members voting in favor of a closure. 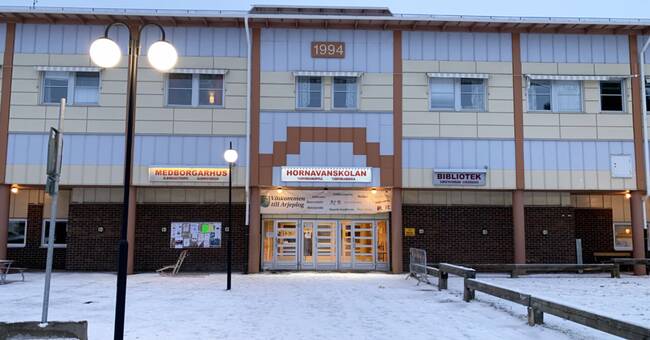 The many Arjeplog residents wanted answers as to why one can not wait to make a decision about the school's future until after the election.

There was also talk of the consequences of a closure, and municipal councilor Isak Utsi (S) believes that the decision should have been made a long time ago because the school costs the municipality a lot of money.

- We have had at most 260 students and now only just over 60. Since the high school was started, the number of inhabitants has decreased by a thousand people, he says to SVT and continues:

- It is a picture that is shared with other smaller municipalities.

We have invested a lot of resources and started new programs without attracting enough students.

Only half of the students choose to stay

Utsi says that the risk is great that the municipality builds up costs they can not handle.

Right now there are 25 students in high school and only half of them choose to go to high school in Arjeplog.

It can lead to people moving out.