Merkel requests Putin's intervention to solve the immigration problem with Belarus, and Moscow rejects Poland's accusation of being behind the crisis

German Chancellor Angela Merkel asked Russian President Vladimir Putin to act against the "exploitation of migrants" by the Belarusian regime, while Moscow rejected Poland's accusation of responsibility for the migration crisis with Belarus. 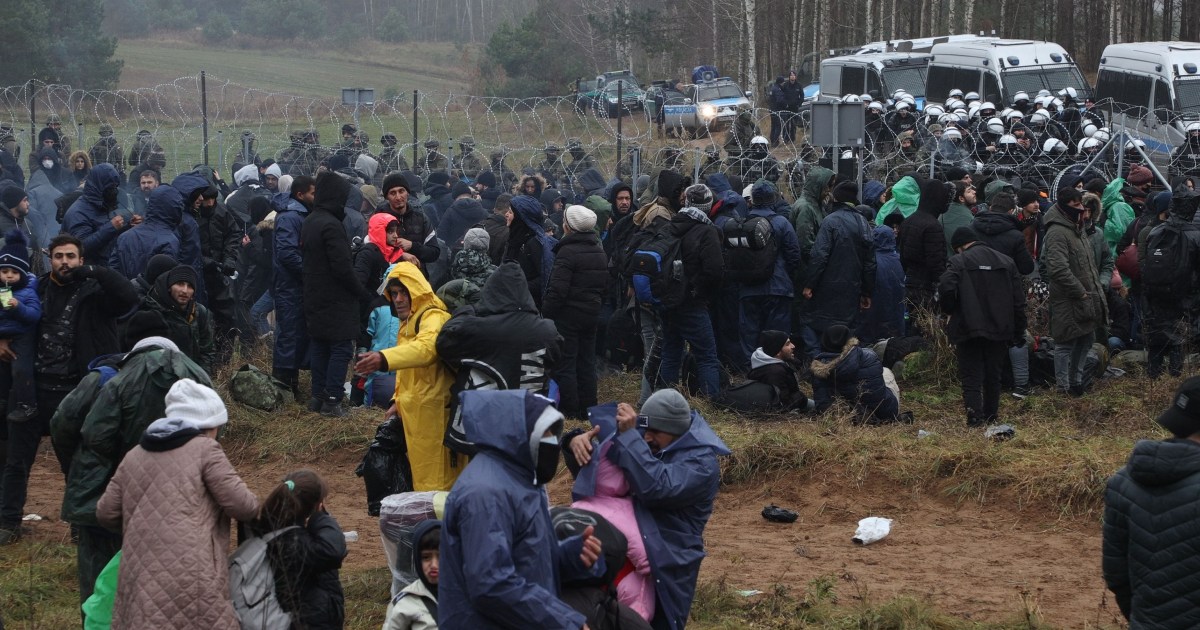 German Chancellor Angela Merkel asked Russian President Vladimir Putin to "move" against the exploitation of migrants by the Belarusian regime, while Moscow rejected Poland's accusation of responsibility for the migration crisis with Belarus.

Merkel's spokesman, Steffen Seibert, said today, Wednesday, that the outgoing chancellor said - during a phone call with Putin - that "the exploitation of migrants as a tool on the border between Poland and Belarus is unacceptable."

German Foreign Minister Heiko Maas had earlier announced his support for the European Union's imposition of new sanctions against Belarus, accusing President Alexander Lukashenko of exploiting migrants by sending them to the Polish border.

Thousands of desperate migrants gather in the bitter cold on the Belarus-Poland border, while Warsaw accuses Russia and Belarus of using them to destabilize the European Union.

On Tuesday, Polish Prime Minister Matusz Morawiecki explicitly accused the Russian president of being behind the migrant crisis.

The European Union accuses Belarusian President Alexander Lukashenko of orchestrating a wave of migrants and refugees, mostly from the Middle East, and prompting them to try to enter the European Union in response to the sanctions imposed by Brussels on his country in the wake of what it described as a brutal crackdown on dissent.

Yesterday, Tuesday, Washington and Brussels condemned Belarus' "manipulation" of migrants for political purposes, while NATO condemned what it described as Belarus' hybrid tactic, and Germany asked the European Union to form a "united front" in the face of the migration crisis, and called on European Commission President Ursula von Der Line to impose new European sanctions on Belarus.

As for France, yesterday, it accused the Belarusian president of seeking to "destabilize" the European Union by organizing "smuggling of migrants" at its borders.

For her part, Russian Foreign Ministry spokeswoman Maria Zakharova said, "It is better for Polish politicians who attack Belarusian President Alexander Lukashenko and accuse Minsk of causing the Iraqi migrant crisis, to remember that Warsaw played a prominent role in the destruction of Iraq."

She added that more than two thousand Polish soldiers entered Iraq as part of the forces of countries allied with the United States to "establish democracy" in its regions.

"In light of the fifth round of sanctions that they are talking about in the West, the pretext used this time is the migration crisis created by the European Union and its member states that share a border with Belarus," Macky said, calling for a joint response with Moscow.

For his part, Russian Foreign Minister Sergey Lavrov said that "Minsk and Moscow have actively strengthened their cooperation to counter a campaign against Belarus launched by Washington and its European allies in international organizations."