Chinanews.com, Chongqing, November 10 (Reporter Liu Xianglin) In recent years, with the promotion of short video platforms, labels such as "8D Magic City", "Light Rail Passing Building", "Realistic Spirited Away" and other labels have made Chongqing a young man Longing for a tourist attraction. On the 10th, Pan Xun, vice chairman of the Chinese Society of Modern History, chairman of the Chongqin 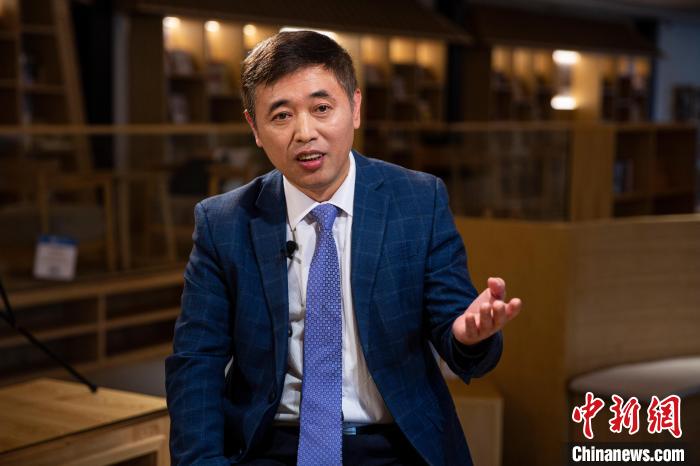 Chinanews.com, Chongqing, November 10 (Reporter Liu Xianglin) In recent years, with the promotion of short video platforms, labels such as "8D Magic City", "Light Rail Passing Building", "Realistic Spirited Away" and other labels have made Chongqing a young man Longing for a tourist attraction.

On the 10th, Pan Xun, vice chairman of the Chinese Society of Modern History, chairman of the Chongqing Historical Society, and deputy secretary of the Party Committee of Southwest University, said in an exclusive interview with a reporter from Chinanews.com that on the surface, short videos have caused Chongqing to become popular. It is Internet + attention. The embodiment of economy, but in fact, this is inseparable from Chongqing's unique urban style and heavy historical and cultural connotation.

The "Witness·Boost·Contribution" Gucheng Talk·Chongqing (season 1) event co-sponsored by the Chongqing Branch of China News Agency and the independent bookstore in Shiguangli is going on here.

In an exclusive interview with a reporter from Chinanews.com, Pan Xun said that the landscape is the "face value" of Chongqing, and the humanity is the "temperament" of Chongqing. Chongqing has become a "net celebrity city", not only from the special natural conditions of the local area, but also from Chongqing's heaviness. History and culture.

Culture is the root and soul of the city. It is connected to the city by blood and bones. It is the deep-seated force that promotes the progress of the city.

"Cultural advantage is the most difficult to substitute for imitation." Pan Xun said, Chongqing had human activities more than 2 million years ago, and the Wushan ape man is the best example.

The picture shows Pan Xun, vice president of the Chinese Society of Modern History, president of the Chongqing Historical Society, and deputy secretary of the Party Committee of Southwest University, accepting an exclusive interview with reporters.

Chongqing is a famous historical and cultural city in China. In 1189, Song Guangzong Zhao Dun first appointed King Gong to the throne, calling himself "double celebration", and Chongqing got its name.

In 1891, Chongqing became one of the earliest trading ports in the hinterland of China, and it was formally established as a city in 1929.

During the Anti-Japanese War, Chongqing became the war capital of the Nationalist Government.

After the founding of New China, Chongqing was the seat of the Southwest Military and Political Committee, and became a large industrial city in New China and a strategic base for "third-line construction".

After the reform and opening up, Chongqing has successively become the country's first comprehensive reform of the economic system, the only municipality in the central and western regions, and an important national center city.

With a history of more than 3000 years of civilization, profound historical heritage and rich cultural resources, it is the birthplace of Bayu culture and the formation of the "Hongyan Spirit". Bayu culture, Three Gorges culture, anti-Japanese war culture, united front culture, and immigration culture are glorious for generations to come.

With Song Guangzong Zhao Dun in Gongzhou, he first conferred the title of King Gong and then became the emperor, pushing Chongqing to the national stage.

During the Anti-Japanese War, Chongqing became the wartime capital of the Nationalist Government and the Far East Command Center of the World Anti-Fascist War, which pushed Chongqing to the world.

"History plays an important role in shaping the spirit of the city, especially the character shaping of the people in the city." Pan Xun said that Chongqing is a mountain city, in an agricultural society, for Chongqing people, especially those living in the Three Gorges area. , The conditions are difficult and even bad.

Surviving in this environment has formed the character traits of Chongqing people walking through mountains and rivers and bearing heavy burdens of humiliation.

Chongqing is a city of immigrants, and there have been many immigration waves in history.

Pan Xun pointed out that, regardless of the Qing Dynasty, the War of Resistance, or the Third Front Construction period, several large-scale immigration waves have formed the tolerant and open culture and character of Chongqing city and Chongqing people, as well as the courage to innovate and indomitable character. This is what Chongqing is now One of the background colors of the city.

Pan Xun said that the history of a city is the context of a city, and history and reality are always linked together. The best way to understand the present is to look back at history.

Therefore, for Chongqing, a famous historical and cultural city, in the process of creating the future of the city, it is necessary to cherish history, learn from the rich history and culture, and find strength in order to grasp the present and the future.

Pan Xun said that to promote the spirit of the city, we need to look for it from the history of the city, such as the loyalty and integrity left by Ba Manzi to Chongqing, the bravery and indomitableness demonstrated by the Battle of Hechuan Diaoyu City in the Southern Song Dynasty, and the Japanese army was bombarded during the Anti-Japanese War. Indiscriminate bombing of "destroying homes to relieve difficulties" and "exploding more and more powerful", the heroes of Geleshan in the latter part of the Liberation War would rather die than surrender and never forget their original aspirations. The soul of Chongqing is the city.

Chongqing wants to go to the world and influence the world. Telling the historical and cultural stories of Chongqing is also one of the most important ways.