China and the United States will work together on the climate

The world's two largest emitters will cooperate more for the climate. The United States and China announce something surprising at the UN meeting COP26. 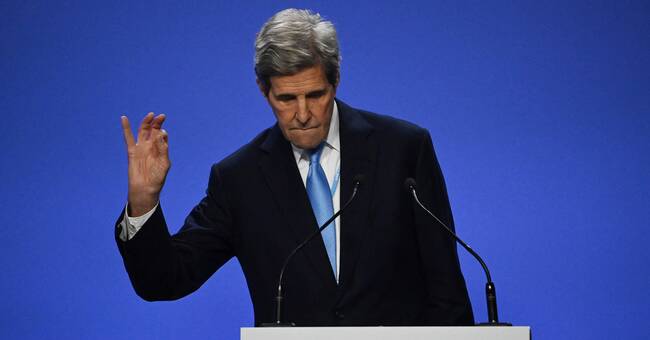 The climate crisis must be taken seriously - and now, according to a joint statement from China and the United States that has been announced during the climate summit in Glasgow.

The joint statement has been received with some surprise as the countries have engaged in exchanging insults with each other before and at the beginning of the UN conference.

Collaboration on a number of issues

In the coming years, emissions giants China and the United States will work together on a number of climate issues - and strive to achieve the Paris Agreement's goal of limiting global warming to 1.5 degrees.

"Both parties realize that there is a gap between the current commitments and the goals of the Paris Agreement, so together we will strengthen climate action," China's climate envoy Xie Zhenhua said at a news conference.

US Climate Envoy John Kerry describes the announcement as a roadmap for the future.

- There is no lack of contradictions between the US and China, but when it comes to the climate, cooperation is the only way to get the job done, he says at a separate press conference.

Together, the United States and China promise measures such as reducing methane emissions, phasing out coal consumption and protecting forests.

But it will not be much more concrete than that at the moment.

Mathias Fridahl, senior lecturer who researches international climate policy at Linköping University, thinks that it is promising that the phasing out of coal is included in the planning.

- The relations have been tense, so it is positive if they can cooperate in this area.

It is interesting and reflects what we have seen in the first draft framework decision from Glasgow, where it is also mentioned that coal will be phased out, he says.

TT: Is it surprising that the United States and China make a joint statement?

- It is not completely surprising.

But the United States often works under the leadership of Democrats.

They make bilateral agreements before and during this type of negotiation to enable decisions.

This happened, among other things, before Paris under Barack Obama.