Art, love and other things in the life of the drama boy Mamdouh Abdel Alim

The character of "Rami Kashua" was one of the various different personalities distinguished in his performance by the artist Mamdouh Abdel Alim, as if he transforms from one character to another easily to present it brilliantly on television or cinema. 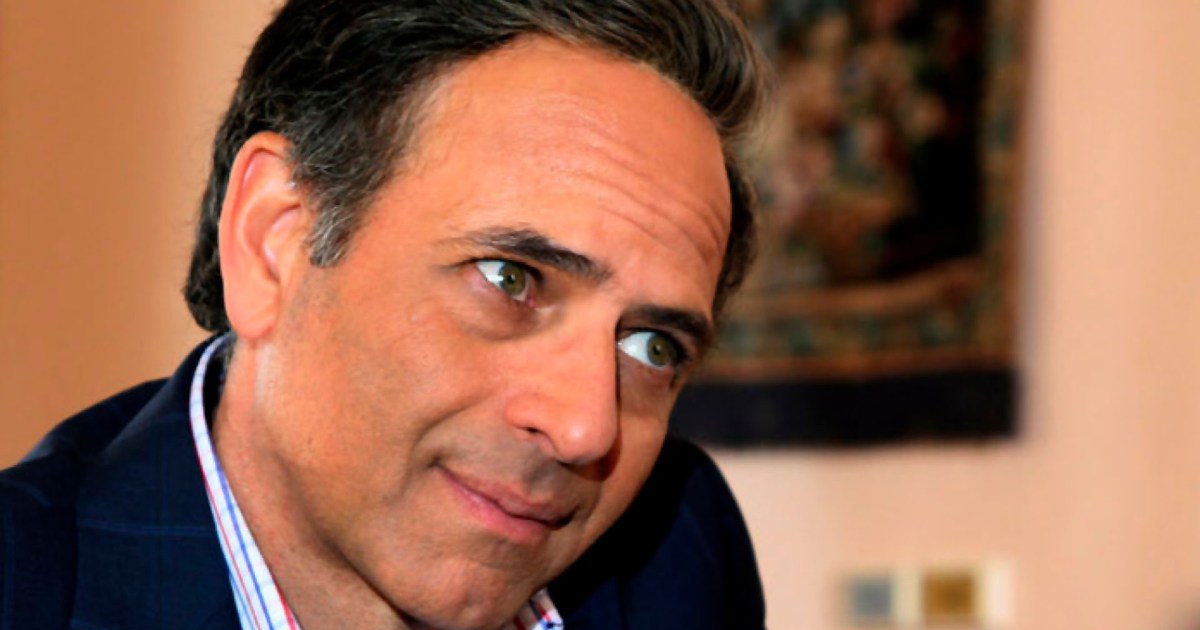 After stealing the script of his movie, naive author "Rami Kashua" (the artist Mamdouh Abdel Alim) sets out on an exciting journey to stop the terrorist from carrying out his story and killing innocents. He meets journalist Sawsan (Athar al-Hakim) and they go out together in the streets of Cairo and cooperate with the police in the events of the comedy film. "Hero of Paper" directed by Nader Galal.

The character of "Rami Qashua" was one of the various different personalities distinguished in his performance by the artist Mamdouh Abdel Alim, as if he transforms from one character to another easily to present it brilliantly on television or cinema. "Love and Other Things", or the tramp dancer in "Sama Huss" and the Arab leader Tariq bin Ziyad in "Al-Tariq".

Mamdouh Abdel-Alim was born on November 10, 1956, and he began acting from a young age in television programs, where his parents encouraged him to enter the Maspero building and present in television programs, to begin his career at the age of eight years old, he began acting in the series "Virgin Paradise" with the artist Karima Mokhtar and director Nour El Demerdash, then presented the children's series "Walid and Randa in Space".

Abdel Alim tells that acting was more important to him than anything else, since his father marked his talent, when he and his two brothers formed a band they called chicks, and his father took him to the Maspero building to enter acting exams.

He obtained a BA in economics and political science, and preferred to continue acting, which he loves. He presented the series “Asilah” with director Nour El-Demerdash in the early eighties, then participated in the movie “Al-Mawardi Coffee.” In 1983, director Hussein Kamal chose him to participate in the movie “The Virgin and White Hair.” With Mahmoud Abdel Aziz and Nabila Obaid, and Abdel Alim tells that he owes credit to Kamal because he presented it to the public after he grew up.

Despite his brilliance in his beginnings in cinema, he became popular among the audience in TV drama roles, where writer Osama Anwar Okasha and director Inam Muhammad Ali soon chose him in 1986 to play the “Love and Other Things” starring with Athar Al-Hakim, Zahra Al-Ala, Jalal Al-Sharqawi and Salah Kabil, presenting the role of a teacher. The poor music, Sameh, who is related to the wealthy doctor, Hend, despite her family's objection, turns the beautiful love story into great disagreements that end with a bitter separation.

Okasha returned to give him the opportunity of his life by presenting the character of Ali Al-Badri, the aristocratic young man who sets out in the world of businessmen looking for money, in the famous TV series "Layali Al-Helmeya", so that Abdel Alim achieved great popularity and played an acting match alongside the television giants Yahya Al-Fakharani, Salah Al-Saadani and a new generation. of young people.

Abdel Alim tells that he loved the character of Ali Al-Badri, because the generation of the sixties brought him into his culture and ambitions, and that his presence in the dreamy nights was a great opportunity, "This is the sweetness of acting, that I live many lives that I will not be able to live, this is the greatness of art in general ".

In 1998, Abdel Alim presented the character of Rafia Al-Azaizi in the series “The Charred Light”, about the class struggle between the feudal class represented by the Al-Azaizah family and the new owners class in the Al-Sawalem family, so that the audience would be affected by the love story between Rafi’a Al-Azaizi with his stubborn and stubborn personality and his brother’s widow Farah (Mona Zaki).

And about the wonderful writer Bahaa Taher, Abdel Alim perfected the character of “Harbi” in the Upper Egyptian drama “My Aunt Safia and the Deir.” He also presented the character of the Muslim leader Tariq bin Ziyad in the series Al-Tariq directed by Ahmed Saqr in 2004, and played the championship of the series “Al-Masrawiya” in 2009, returning to the world Osama Anwar Okasha and director Ismail Abdel Hafez.

From Harafish to Retiring from Cinema

His roles in the cinema also varied, as he is the spoiled son of the fatwa Suleiman Al-Naji in “Al-Harafish” about the masterpiece of Naguib Mahfouz, the leftist university student Hussein Wahdan, friend of the conscript Ahmed Sab’ Al-Layl in “The Innocent”, and Officer Youssef in “Execution Brigade” in addition to his roles in “Love” In Taba and "Supermarket", his most prominent role was in "Hero of Paper", which achieved great success and remained stuck in the minds of the public.

Abdel Alim decided to enter the film production with the movie “Sama Hess” in 1991 with director Sherif Arafa, to return Abdel Alim to his childhood passion for presenting shows, dancing and singing with Laila Elwi in a film about the couple Homs and Halawa, who present their musical performances in the streets and squares, so that their tunes are stolen.

With the beginning of the millennium, and the change in the form of film production, Abdel Alim decided to move away from cinema after he presented 30 films, renouncing what he called "acrobat cinema", and focusing on television drama until he presented his last work, "The First Lady", embodying the role of the President of the Republic in 2014.

Get away from the shame

Abdel Alim says that he was not obliged to be vulgar in the cinema, and decided of his own free will not to participate in any act in which there is a disgrace so that it would not be a black point for him, after the new young generation took control of the cinema, and Abdel Alim singled out the films “Sama Huss” and "Hero of Paper" as his most important movie role, and he no longer finds himself except in drama.

He adds in a previous press interview that the problem is that cinema has become a commodity and industry, in which the artist has a price equal to a certain amount of money, and that he cannot be just a commodity.

During the filming of the series "Helmia Nights", he received an invitation from London for a television interview with Shafki Al-Muniri, and went to conduct the meeting in London to get to know her, so that his heart beat with love for the announcer, who at first did not know how to pronounce her name, and soon married her, and refused to reside in London, Determined to stay in Egypt to continue his passion for acting.

Absence after the revolution

The artist, Rahaf Al-Hass, did not move away from the political reality in Egypt, as he told about his participation in the popular committees during the revolution of January 25, 2011, despite his avoidance of participating directly in the events of the revolution, and then the turbulent political situation after the revolution pushed him to stay away from art.

In March 2014, during a television interview, the journalist Amr Al-Leithi asked him about the secret of his disappearance. Abdel Alim cried, explaining that “Egypt was suffering,” and that he could not appear in these circumstances.

Abdel Alim died suddenly while exercising on January 5, 2016 at Al-Jazira Club in central Cairo, after suffering a sudden heart attack, leaving his fans unforgettable roles in which he distanced himself from profanity and vulgarity, and preserved the diversity of performance and the ingenuity of reincarnation of the Egyptian character.