The U.S. has reached out for data, TSMC, and Samsung's soft chips have just begun?

China News Service, November 9th, reported that in September 2021, the U.S. Department of Commerce requested a number of chip-related companies to provide business data on the grounds of improving the transparency of the chip supply chain, and set a deadline of November 8. Now that the deadline has expired, most companies have responded as required, including Taiwan Semiconductor Manufacturing C 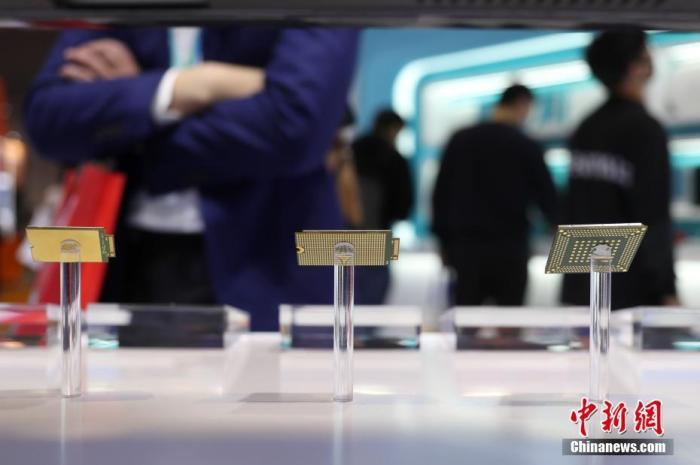 China News Service, November 9th, reported that in September 2021, the U.S. Department of Commerce requested a number of chip-related companies to provide business data on the grounds of improving the transparency of the chip supply chain, and set a deadline of November 8.

Now that the deadline has expired, most companies have responded as required, including Taiwan Semiconductor Manufacturing Co and South Korea's Samsung, which have attracted much attention.

However, whether the U.S. request is reasonable, whether major companies are voluntary or forced, whether there is a risk of leakage of customer information, and what impact it will have on the chip industry chain, has sparked heated discussions on the Internet.

The United States reached out for the chip "password" and was criticized for "data blackmail."

All in all, what kind of signal does the United States reveal when it asks for this information?

Claims to have not disclosed client secrets

Taiwan’s "Economic Daily" reported that the U.S. Federal Register and related website information showed that as of November 7, 23 major manufacturers and institutions had completed their responses.

Among the Taiwanese companies, TSMC, UMC, ASE, Global Crystal and other index factories have "handed in", and some documents are displayed as "confidential".

On the 8th, Taiwan Semiconductor Manufacturing Co., a leading chip foundry company in Taiwan, said that it has responded to the US Department of Commerce's request for "soliciting public opinions on semiconductor supply chain risks."

According to previous reports, TSMC handed over three files to the US, including one public form and two non-public files containing commercial secrets.

However, TSMC emphasized that it "adheres to its consistent position to protect customer confidentiality and did not disclose specific customer information in its response."

In addition, comprehensive Korean media reported on the 9th that South Korean chip giants Samsung Electronics and SK Hynix also confirmed that the two companies have submitted semiconductor supply information to the US government.

The report mentioned that neither of the two companies submitted sensitive information such as customer data.

On the 9th, the Minister of Industry, Commerce, and Resources of Korea, Moon Seung-yu, visited the United States. One of the purposes was to meet with U.S. Secretary of Commerce Gina Raimundo.

Wen Shengyu will introduce the information and materials submitted by South Korean companies to Raymondo, and explain that it is difficult to submit other materials due to trade secrets and other reasons, and appeals to the US for understanding.

On May 11, 2021, local time, cars lined up to refuel near a residential area in Charlotte, North Carolina, USA, which was affected by the closure of the fuel pipeline.

US threats "the toolbox has other tools"

The White House held the Semiconductor Summit in September of this year. After that, the US Department of Commerce required multinational automakers, chip companies and other industry chain companies to submit data to it.

The United States asks for data, including more than 20 major chip manufacturers engaged in cross-border transactions, and its intention to hold the entire chip supply chain in its hands is self-evident.

At the time, U.S. Secretary of Commerce Raymondo warned that if the company does not respond to the request, "then there are other tools in our toolbox and we can ask them to provide us with data."

But on November 8, Raimundo changed his mind, saying that he was confident that semiconductor chip manufacturers and other supply chain companies would "voluntarily hand over key data to the Ministry of Commerce" before the deadline.

The semiconductor industry is an important pillar of the economy of Taiwan and South Korea. The relevant authorities are worried that such an approach by the US will cause the leakage of commercial secrets.

Taiwan's Zhongshi News Network quoted experts as saying, "The United States has key data and can understand the cards of each company, but companies cannot see their cards. It is difficult to guarantee that the United States will not leak information to its own manufacturers. No one can ensure impartiality. "

In other words, the most direct consequence of this "robbery" of data may be to passively reduce the bargaining power of companies in these countries and regions in commercial negotiations.

The actions of the United States aroused dissatisfaction among netizens in many countries, denounced it as "robber logic" and data blackmail.

Experts also criticized that the United States' methods are no different from "grabbing money" and that "food looks ugly."

May ask for more secrets?

South Korea’s "National Daily" pointed out that since the materials submitted by many companies this time did not contain sensitive information such as major customer companies, some analysts believe that after the submission deadline on November 8, the US government may also require these companies , Submit supplementary materials.

Kim Yang-peng, a researcher at the Korea Industrial Research Institute, said that some companies that disclose all the information should publish the contents of the company's description report.

The specific information released by companies that privately release information is unknown. Without knowing what sanctions the United States will adopt, there is no need for companies to rush to disclose all the information.

Earlier, a U.S. Department of Commerce spokesperson said that whether companies need to take mandatory measures to submit information depends on how many companies participate and the quality of the information provided.

The analysis pointed out that the signal sent by the United States actually exposed its anxiety and unconfidence about the chip problem.

On the one hand, the U.S. automobile manufacturing industry has recently fallen into a downturn. Traditional auto companies such as General Motors and Ford have partially suspended and reduced production, leading to an increase in unemployment; on the other hand, the 2022 midterm elections are regarded as a big test for the Biden administration. If the unemployment problem is not solved As well as the development of manufacturing industry and other issues, social sentiment fluctuations will cause a further blow to Biden's support rate, which has been declining in succession.

However, ignoring the interests of companies and customers and directly reaching out for the "wealth code" American hegemony will only increase the insecurity of the chip supply chain and harm the healthy and sound development of the industry.

Despite the entanglement, companies in Taiwan and South Korea still submitted data on schedule.

However, it is difficult to say whether this reserved "handover" method will satisfy the United States.

The "difficulty" of the chip may have just begun.