The secret of Peruvian-Chinese fusion cuisine: how to make beef, rice noodles and wonton soup?

China News Service, November 9th. According to Peru’s “Gazette”, China and Peru are commemorating the 50th anniversary of the establishment of diplomatic relations between the two countries. The contact between these two ancient cultures began 172 years ago with the arrival of the first batch of Chinese immigrants. They brought Chinese cuisine and blended with Peru’s specialty products and flavo 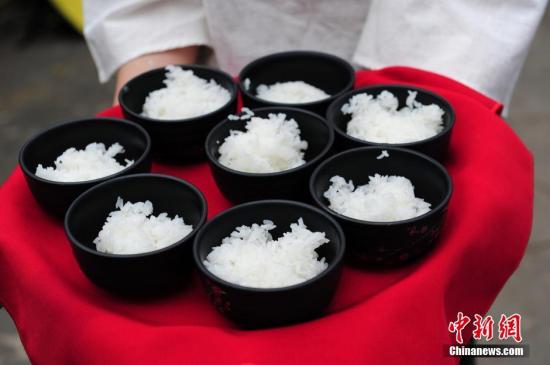 China News Service, November 9th. According to Peru’s “Gazette”, China and Peru are commemorating the 50th anniversary of the establishment of diplomatic relations between the two countries. The contact between these two ancient cultures began 172 years ago with the arrival of the first batch of Chinese immigrants.

They brought Chinese cuisine and blended with Peru’s specialty products and flavors to produce delicious fusion cuisine, which became part of Peru’s huge and diverse gastronomic culture and conquered both domestic and foreign diners.

Peruvian-Chinese fusion food constitutes an important part of the weekly menu on the Peruvian family table. People are used to going to a restaurant called "Chifa" to eat or order takeaway. This word comes from the Cantonese dialect "chi" and "fan", respectively. The meaning of "eat" and "rice".

Rice is a staple food in the general diet of China and Asia, and it is also the first contribution of Chinese immigrants to Peruvian cuisine.

In addition to rice, other ingredients brought by the Chinese are also outstanding, such as ginger, soy sauce, green bean pods, onions, cabbage, etc. These ingredients now form part of the huge Peru-Chinese fusion cooking.

Here are some iconic dishes of Peruvian-Chinese fusion cuisine:

, which is one of Peru’s signature dishes, incorporates Chinese "fried" technology. It is cooked quickly in a wok at a high temperature to better combine the taste of beef tenderloin with the red or red provided by Peru. Creole-style onions, yellow peppers, tomatoes, vegetable oil and fried potatoes are combined with Chinese soy sauce and rice.

This dish was first popular among the middle and lower classes in Lima, and soon captured the upper class diners, and then spread throughout the country, becoming one of the recognizable Peruvian dishes in the world.

is to make full use of leftover white rice from other meals and combine it with soy sauce, Chinese onions, egg pancakes, beef cubes, chicken, pork, fish, shrimp and other ingredients.

is another must-eat dish in chifa. It can be eaten alone or shared with the chaufa rice.

Unlike spaghetti, spaghetti is made from wheat flour and eggs, while the Chinese noodles in this dish are made from rice starch and tend to cook faster.

All these have produced an irresistible taste, so it is sought after by many diners.

is the most popular soup on the

Wonton soup is made from chicken broth, chicken nuggets, pork nuggets and wonton noodles. Wonton noodles is a medium-sized square pasta made of rice starch. It contains chicken, beef, pork, shrimp, etc. It usually has three or four Wontons are served with chopped green onion, and the soup is usually topped with soy sauce or soy sauce as a garnish.

In the Huaral province of Lima, there is a fusion dish inspired by wonton soup. Its origins can be traced back to the 1950s. At that time, chef Nicolas Garcia of Mando Estate asked a chef in a Hong Kong restaurant to prepare a dish that was different from wonton soup. Dishes.

The chef used chicken, pork, and long noodles to prepare the soup, which was completely in line with Garcia’s appetite. He returned there a few days later and asked for the same dishes. Later, the chef said every time he saw Garcia: "The soup for Garcia is here" and it becomes Garcia soup.

. This dish originated in Callao. It is said that there is a small Chinese restaurant near Jorge Chavez International Airport. Several diners came here with a big appetite and like to eat fried rice.

As it was getting late, the chef lacked materials to entertain so many diners. In order not to disappoint them, he used his creativity to mix a little bit of fried rice with noodles, which was welcomed by diners and was later named "Airport" because this Chinese restaurant is close to Peru's first airport.

, this dish is a culinary innovation of an old Chinese restaurant and represents the fusion of Andean and Chinese cuisine.

Once the sauce is prepared, the guinea pig meat is bathed in the sauce and accompanied by fried rice.