The municipality fights slipperiness to the full in Umeå: "It's huge content"

It is slippery on the roads in Umeå. Since early this morning, the municipality has been working with anti-skid. - On some roads it is very slippery, says Per Hilmersson, street operations manager at Umeå municipality. 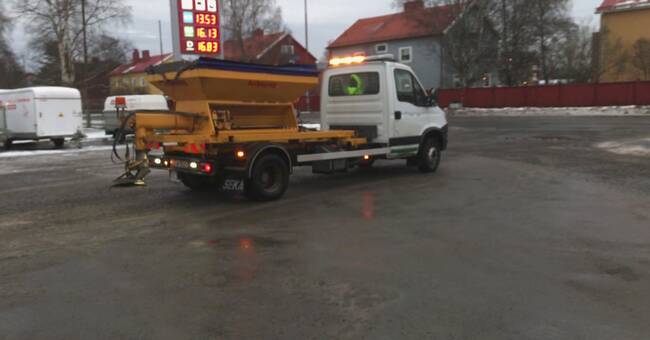 The municipality has been working since four o'clock in the morning to combat slippery pedestrian and bicycle paths, as well as car roads in Umeå.

- We have sanded fully throughout the day and will continue to do so.

But on the streets it goes fast before it is driven away, especially in roundabouts.

But anti-skid measures will continue for as long as necessary, says Per Hilmersson at Umeå municipality.

At Norrland University Hospital, there has been strong pressure on the emergency department with patients who have slipped and fallen.

Umeå municipality has also received error reports from citizens who flagged that it was slippery in several places.

- In some ways it has been very difficult.

On some of Umeå's main streets, the municipality has also chosen to salt the roadway.