The increases are temporary but must be followed together with the trend of inflation, said the Minister of Finance of Slovenia, president of the EU Council. Gentiloni: green transition could be the solution to the problem 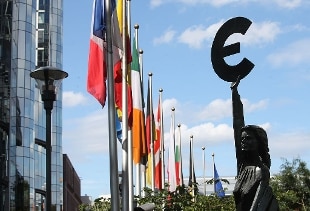 on the fact that the increase in

will be temporary, even if it must be monitored together with the trend in inflation". This was stated by Andrej Sircelj, Minister of Finance of Slovenia, who holds the presidency of the EU Council, at the end of the Ecofin meeting in Brussels. "We talked about energy prices following the measures adopted so far", added the minister, "to support the most vulnerable consumers and companies".

At Ecofin "we will continue in a different form the discussion on the economic situation and on the prospect of the revision of economic governance, yesterday we had a good start but it will take a few months and weeks to build consensus", declared the European Commissioner for the economy. Paolo Gentiloni, on his arrival at the meeting of the dialogue with the EFTA and Ecofin countries in Brussels.

On the energy price increases, Gentiloni observed: "I think it is very clear to us that the

is not the origin of the problem, but that it could be the solution, especially in the medium term ", who however added that" if we do not address what is happening on energy prices and do not guarantee a socially just transition, we risk having impediments on the way to the new climatic context "and for this" it is very important that countries react quickly, and they are doing it, and discuss, and we will do so this afternoon on possible joint initiatives at EU level ", he concluded.

The vice president of the European Commission, Valdis Dombrovskis, on his arrival at the Ecofin meeting, also added that "we will continue the discussion started yesterday (at the Eurogroup) on the revision of the framework of the fiscal rules of the Union. The main question we will address it is on the one hand to make sure that there are anti-cyclical fiscal policies and that countries have bearings during the period of economic growth and on the other hand to make sure that the debt reduction path is realistic and conducive to growth ", he said, because "We need both goals: to reduce debt and encourage investment for our green and digital transition," he added.

Economy Minister Daniele Franco expressed Italy's support for the European Commission's proposal on the path to implement the prudential criteria on banks defined by the Basel III agreement. But speaking in an Ecofin session dedicated to this discussion, broadcast in the clear, Franco raised objections on a specific aspect regarding the prudential treatment of long-term strategic investments in equities.

"The Basel III agreement establishes a flexible framework that is still solid and proportionate. So I generally agree with the Commission's decision to implement the standard, using some flexibility allowed by the framework," said the Minister of Economy.

"The proposal aims to balance two objectives: to align the banking framework with Basel standards, but avoiding a large increase in capital requirements", explained the head of the Mef.