The first major snowfall in Beijing came 20 days earlier than expected, coinciding on the lunisolar calendar with Lidong, the date that marks the beginning of winter. Was the... 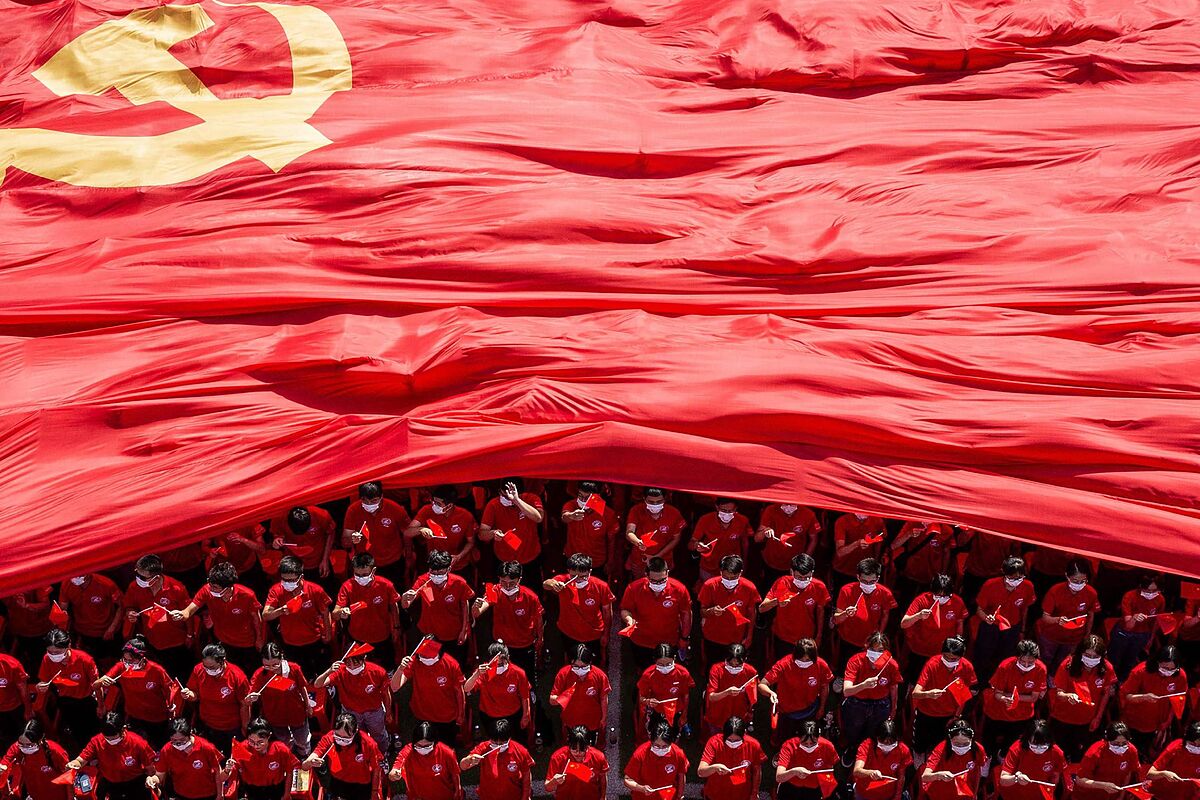 The first major snowfall in Beijing came 20 days earlier than expected, coinciding on the lunisolar calendar with Lidong, the date that marks the beginning of winter. It was Sunday. Thousands of Beijing people captured the most emblematic places of the capital with their cameras. There was a three-hour queue to enter the Forbidden City. Many people decided to stay around Tiananmen Square, more surrounded by the military than usual because it was a day before one of the most important political meetings in China.

The sunny morning on Monday had already melted some of the snow when the 370 full and alternate members of the Central Committee, the highest governing body of the Chinese Communist Party (CCP), entered the Great Hall of the People, a majestic building west of Tiananmen. .

The most powerful people from the second world power

were there to kick off a four-day closed-door plenary session.

Leading this meeting is President

as the CCP's general secretary. He is the only and indisputable protagonist of an

from which historical announcements have come out that have changed the politics of China. Like the so-called "

", passed by Mao Zedong in 1945, four years before the founding of the People's Republic. Mao used it to condemn his rivals for the party throne and set the stage for becoming the supreme leader.

" came in 1981 from Deng Xiaoping, who closed the dark chapter of the Cultural Revolution by breaking with the disastrous social policies of Maoism, to give way to "socialism with Chinese characteristics" and lay the foundations for the it was one of "reform and opening up" that would lead China to become the great economy that it is today.

At the sixth plenary session of the 19th CPC Central Committee, state media has announced, the "

is expected to be adopted

, one that will boost the ubiquitous Xi Jinping, who is already China's most powerful leader since Mao. Zedong, towards re-election for a new five-year term.

Xi, despite having removed presidential term limits, is 68 years old and exceeds the mandatory retirement age for Politburo members. To become president for life, he needs a resolution that guarantees his continuity as an "indispensable figure" for the future of China. This has been defined by the public agency Xinhua, which has been heating up the plenary for days by publishing sugar-coated notes on the president.

"Since he was elected general secretary of the CPC Central Committee in November 2012, Xi has been seen as a man of determination and action, a man of deep thoughts and feelings, a man who inherited a legacy, but dares to innovate and He is committed to working tirelessly, "reads a Xinhua article.

No one doubts that

his re-election will be consummated at the party's important congress

to be held in the fall of next year, after which Xi will begin his third term.

The Chinese leader has been extending the party's dominance over civil society for a year. Xi has made it clear that the CCP must not abandon its revolutionary ideals, that it has a duty to bring "common prosperity" and

stand up to the West

, especially the United States. These words, as well as his tendency to see everything through a national security prism, have prompted a regulatory campaign that began by trying to curb the power of big tech companies and has spread to the textbooks of elementary school children. that they should incorporate "Xi Jinping Thought" into their school plan.

In mid-October, Xi said that

that is key to international success. A speech that was interpreted as the latest attempt to defend the regime's system amid increasing pressure from the West on China's rights and values. "Democracy is not an ornament or decoration. Democracy is to solve the real problems of the people," said the president.

Chinese analysts believe that the resolution coming out of this week's plenary session in Beijing is likely to offer a comprehensive account of modern China that will help justify Xi's policies by giving them the seriousness of historical fate. "Mao led the country to confront oppression, Deng brought prosperity and now Xi is propelling the nation into a new era of national strength," reads the stage-by-stage description of the country's rise in party documents. Xi, as highlighted by the program presented by local media, will be the third Chinese leader to unveil a landmark resolution at a plenary session that will focus on the party's "major achievements and historical experiences" throughout its 100-year history.

pave the way for future leadership

and the direction of its policies. It will also have to praise the achievements of the current leader," says Gu Su, a political scientist at the University. from Nanjing, east China.

This meeting also serves as a precursor for the introduction of laws, regulations and economic plans.

There are important examples such as Hong Kong's national security law, which was announced at the fourth plenary session of 2019, or the constitutional amendments that lifted the presidential term limits, passed at the third plenary session in 2018. These announcements came into effect after that they were endorsed by the National People's Congress, the annual session of the Chinese Parliament.

ChinaThe courageous wives of the? Subversives?

AsiaXi Jinping: "China can and will achieve reunification" with Taiwan

AsiaTaiwan celebrates its National Day: "We will not bow to China"