In Colombey, right and left defend the memory of de Gaulle against the extreme right

Several presidential candidates, on the right but also on the left, will honor General de Gaulle on Tuesday, November 9 in Colombey-les-deux-Eglises (Haute-Marne) and defend his claimed heritage ... 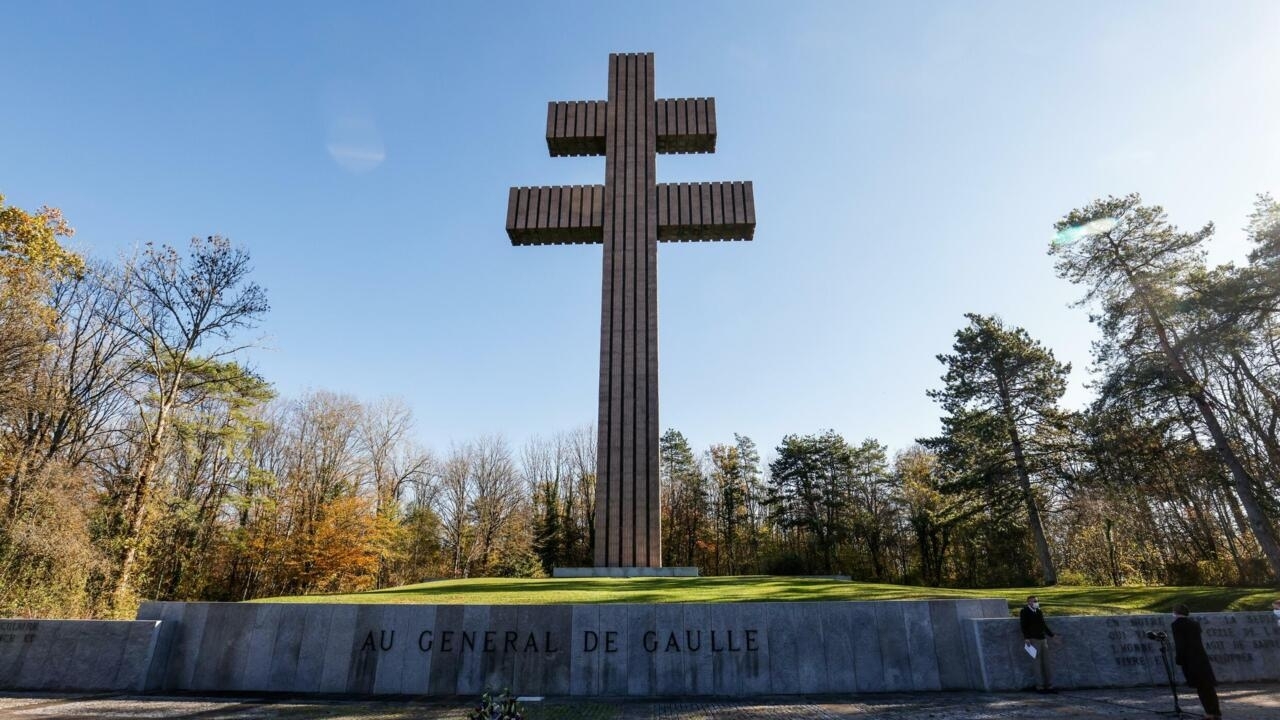 The identity polemicist Eric Zemmour went on June 18 to the birthplace of the statesman in Lille, to greet there as a mirror of his potential candidacy for the Elysee "a writer" who is "anything but a politician professional ", eager to" save "France.

But the putative candidate, who sees de Gaulle a "great reconciler", will not come to Colombey while rumors - denied by his entourage - circulated on a possible announcement of candidacy on the spot, for the 51st anniversary of the death of the general.

Eric Zemmour during a speech, October 16, 2021 in Béziers, in the south of France Christophe SIMON AFP / Archives

His scorners criticize his propensity to lie history when he asserts that Marshal Pétain saved French Jews, or that the civil war, he said in 2018, "it was the Communists who started it by executing French who were collaborators ".

If Colombey is a traditional place of pilgrimage for the right, two personalities on the left have this year made it a symbol in the fight against the "appropriation" of history by Eric Zemmour.

Socialist candidate Anne Hidalgo will be present on Tuesday.

Of course, she attends ceremonies every year as mayor of Paris, her entourage reminds AFP.

But it is also, this year, a way to fight "in hollow against Zemmour, to put the history in its place and the role which the foreigners played there".

On the 10th, she will lay three wreaths in tribute to Christian, Muslim and Israelite fighters at the Necropolis of Douaumont.

"Nobody goes in the street to demonstrate (while Eric Zemmour) explains to you that General de Gaulle and Pétain, it's the same thing," Anne Hidalgo was indignant on Sunday, who began her "memorial sequence on Friday. "in Oradour-sur-Glane (Haute-Vienne), site of a massacre perpetrated by the Nazis in 1944.

The former socialist minister Arnaud Montebourg, also a candidate, launched Sunday, in the event of an arrival of Eric Zemmour, "an appeal to all those, from the Communists to the Gaullists, who have in inheritance free France and the Council National of the Resistance, to go to Colombey-les-Deux-Eglises to form a wall of silence and silence Mr. Zemmour ".

On the right, heir to Gaullist thought, the meeting in Colombey is unavoidable a few months before the presidential election, while Eric Zemmour seduces, according to the polls, the voters of his hard wing.

The President of the Republicans Christian Jacob and the five candidates for the nomination of his party for this election, Michel Barnier, Xavier Bertrand, Eric Ciotti, Philippe Juvin and Valérie Pécresse, will all be there.

President of the Republicans Christian Jacob at his party headquarters in Paris on June 9, 2021 GEOFFROY VAN DER HASSELT AFP / Archives

Eric Zemmour "is not de Gaulle, it is hardly his erasure", lambasted the ex-LR mayor of Nice Christian Estrosi, who wants the right "to fight with all his might" the polemicist.

"When I hear Eric Zemmour claim (de Gaulle) and claim that he is rebuilding the RPR, I no longer laugh. It is indignation that overwhelms me," he wrote.

On the majority side, Prime Minister Jean Castex will pay an official tribute on Tuesday in front of Charles de Gaulle's grave in Colombey.

"I am a social Gaullist," he said on the evening of his appointment to Matignon, in July 2020.

The centrist François Bayrou, an ally of Emmanuel Macron, for his part denounced with emotion Friday a Zemmour "which justifies the worst".

Marine Le Pen, candidate for a party, the Rassemblement national, which has fought for a long time against de Gaulle, will deliver a speech on the institutions in Bayeux (Calvados), where de Gaulle himself spoke in June 1944 a few days later. the landing in Normandy, before making a major speech there in 1946 on institutions.

The far-right official greets de Gaulle as one of France's "great servants" and considers "urgent" to "be inspired" by it.

She had tried to celebrate in 2020 the 80th anniversary of the appeal of June 18 on the Ile de Sein but her trip had aroused the hostility of the inhabitants and ended.

The candidate of the National Gathering for the presidential election, Marine Le Pen, on November 4, 2021 in Mulhouse, in eastern France SEBASTIEN BOZON AFP / Archives

"On the eve of the presidential election, everyone comes (to Colombey). The following year, I'm all alone," quipped the sovereignist candidate Nicolas Dupont-Aignan who comes every year, as well as the former arm right of Marine Le Pen and President of the Patriots, Florian Philippot.