Despite previous pledges not to run, Dabaiba intends to run for the presidency in Libya

A senior official in the Libyan National Unity Government stated that Prime Minister Abdel Hamid al-Dabaiba intends to run for the presidential elections scheduled for December 24, in a clear retraction of his pledge to remain neutral. 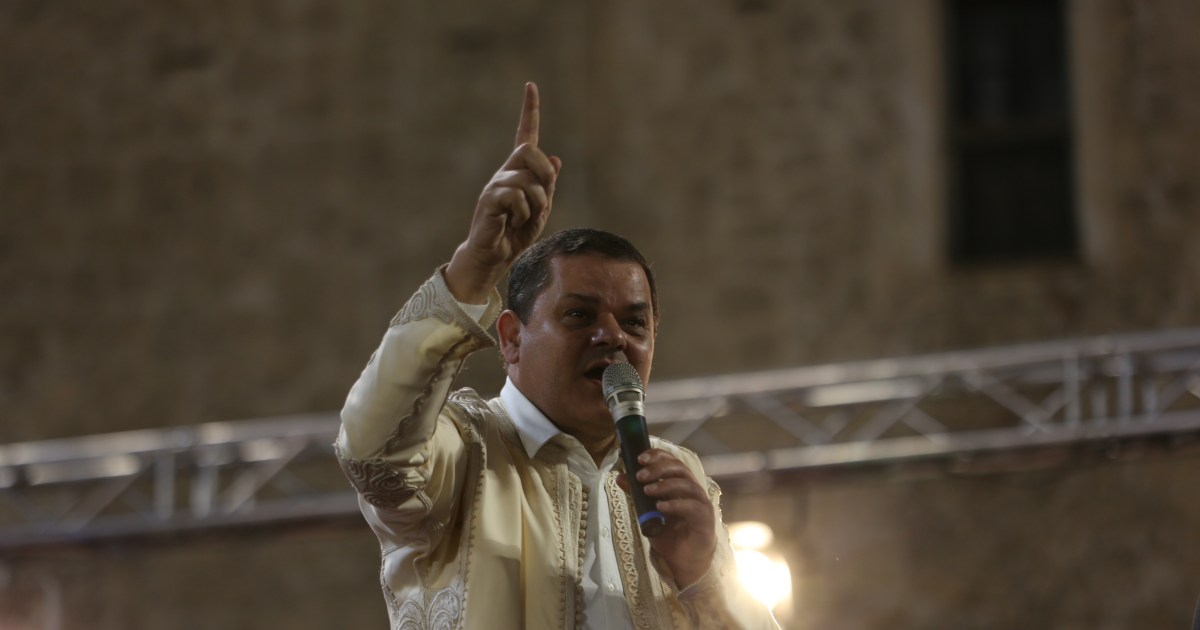 A senior official in the Libyan National Unity Government said today, Sunday, that Prime Minister Abdel Hamid Dabaiba intends to run in the presidential elections scheduled for December 24, in a clear retreat from his pledge to remain neutral when he took office last March under a peace process backed by the United Nations.

Dabaiba and members of the government had pledged not to run for president when they were chosen for the national unity government that replaced two rival governments, one in the east and the other in the west, after years of war.

Reuters quoted a senior official - a day before the registration was officially opened for candidates - as saying that Dabaiba had announced his intention to run for the upcoming presidential elections.

The political institutions in Libya are still divided over the legal basis for the elections and the rules governing candidacy and their date. The law set the presidential elections on December 24, but stipulated that the parliamentary elections would be held at a later date. However, the United Nations mission to Libya said that It is important to elect the president and parliament on the same day.

Despite the ongoing disagreements between relevant official institutions regarding the electoral law, the Electoral Commission announced today, Sunday, the opening of the door for candidacy for the presidential and parliamentary elections tomorrow, Monday.

"Tomorrow, Monday, we will start implementing the two electoral processes by opening the door for candidacy and accepting his requests," Imad al-Sayeh, head of the commission, said in a press conference in the capital, Tripoli, on Sunday.

Al-Sayeh added that the door for candidacy for the presidential elections will remain open until November 22, while parliamentary candidacy will continue until December 7.

Under the auspices of the United Nations, Libya witnessed a political breakthrough months ago. On March 16, an elected transitional authority - comprising a unity government and a presidential council - assumed its duties to lead the country to parliamentary and presidential elections on December 24.