The Yemeni army forces, trained by the Arab Coalition to Support Legitimacy, recently participated in the fighting in the vicinity of Marib, managed to regain strategic positions in the southern front of the governorate, according to field sources, confirming the restoration of the Al-Amoud area, and the surrounding areas and Al-Tabbab, all the way to the area of ​​​​the governorate. 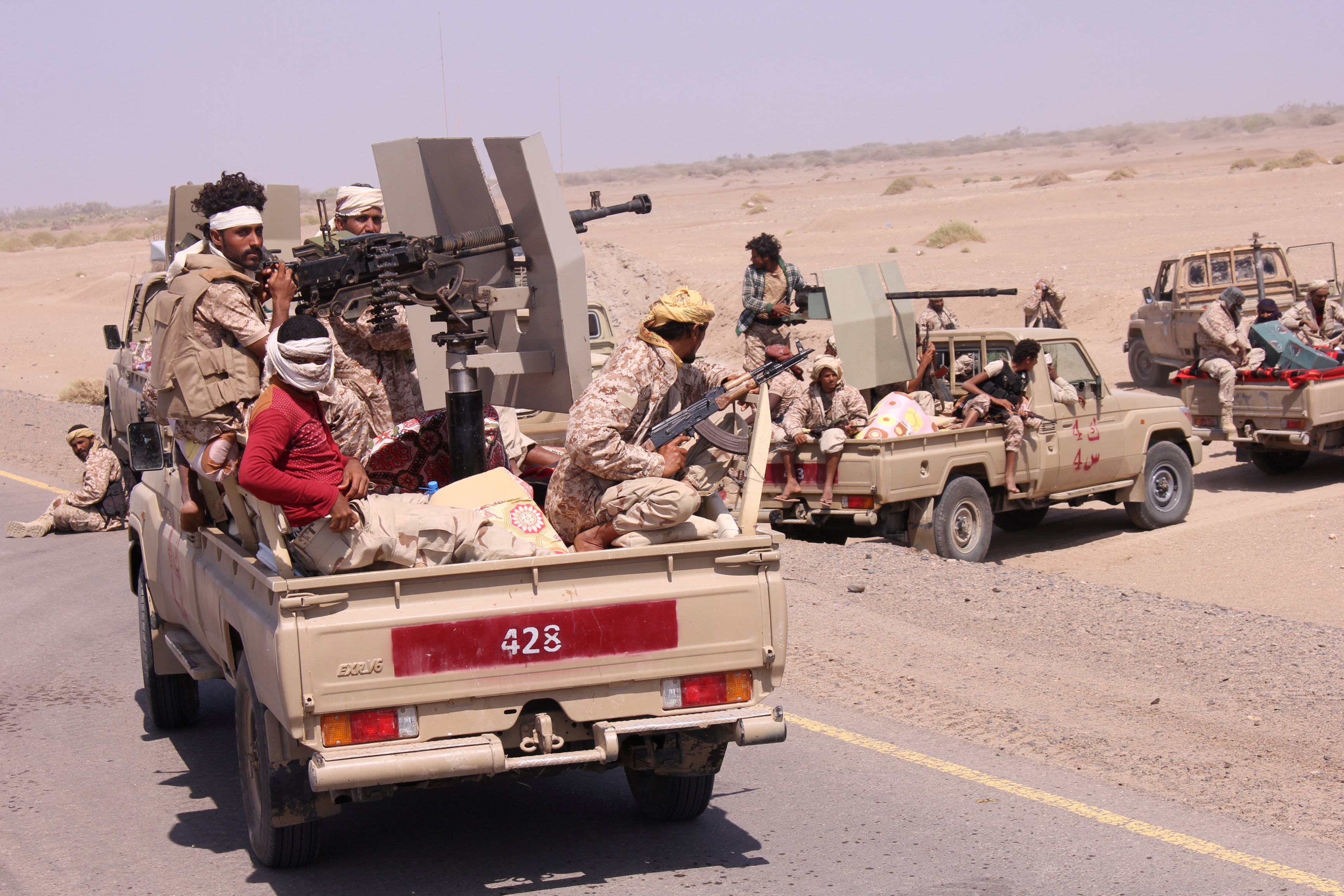 The Yemeni army forces, trained by the Arab Coalition to Support Legitimacy, recently participated in the fighting in the vicinity of Marib, managed to regain strategic positions in the southern front of the governorate, according to field sources, confirming the restoration of the Al-Amoud area, and the surrounding areas and Al-Tabbab, all the way to the Al-Mizan area on the outskirts of the Directorate the answer.

The sources confirmed that a successful detour operation was carried out towards the Houthi positions in Al-Juba, after the liberation of Al-Amoud, which came with great support from the coalition fighters, while the forces continued their advance towards the Ya’arah area near the Al-Jarsha area.

Military reinforcements belonging to the Yemeni army arrived in Marib during the past two days from training camps on the Saudi-Yemeni border, and liberated areas in southern Yemen.

The sources confirmed that the army was able to take control of the Umm Reesh camp, the headquarters of the 117th Infantry Brigade, one day after it was handed over by the Islah elements to the Houthi militia. Camp liberation.

The army and tribes forces, under the air cover provided by the coalition fighters, continued their advance in the open areas between the Balaq Mountains and Wadi Dhanna, towards the Al-Kift and Budaiya Mountains, the Al-Sawad Mountains, and the Yarrah and Jarasha areas on the outskirts of the Al-Jadida area, the center of the Juba District, south of the governorate, while the confrontations between the two sides renewed on the Ma``a front Between Harib and Juba districts.

The recent defeats in Al-Juba prompted the Houthi militia to demand the Aqal Al-Harat in Sana’a to mobilize 20 fighters to support the Marib front, and it sent combat reinforcements, from Sana’a through Khawlan and Nehm, and Al-Jawf towards the Al-Alam area near Marib, while the “Mayon” human rights organization in Yemen monitored the killing of More than 100 children have been recruited by the militias and pushed towards the battles of Marib during the past three months.

In this regard, field sources in Marib confirmed the killing of more than five thousand Houthis, along with hundreds of wounded and prisoners, in the last four months of battles in the vicinity of Marib alone.

For its part, the fighters of the Arab coalition targeted Houthi targets and reinforcements in the areas of Jarasha, Al-Khathla, Al-Mallah, Al-Sawad Mountains, Thana Al-Malah, Arak and Al-Hosn, Al-Rawda and Naja, Ash’ab Jamila, Arqoub Al-Zour and Al-Hayal, leaving many dead and wounded among the militias, including prominent leaders. Among them, the commander of the Juba Front, called Abu Hussein al-Sanhani, as well as the destruction of various vehicles and weapons.

The Arab Coalition to Support Legitimacy in Yemen had announced the continuation of providing support and support to the Yemeni army, noting that during the past hours it had carried out 29 targeting operations against Houthi sites and targets in Marib, Al-Jawf and Al-Bayda, which led to the killing of 126 Houthis, the destruction of 16 combat vehicles and a missile launcher. And air defense weapons, and targeted Houthi sites in Saada and Hajjah.

The Arab coalition also announced the interception and destruction of a drone, launched by the terrorist Houthi militia, which tried to target the city of Khamis Mushait in the south of the Kingdom.

On the other hand, the security forces in Marib thwarted Houthi plots targeting the city of Marib. A spy cell consisting of seven individuals, including women, was arrested, and they had explosives and plans for vital targets in the city of Marib.

In Al-Jawf, field sources confirmed that the forces of the Sixth Military Region, backed by tribes and fighters of the Arab coalition, managed to liberate sites on the fronts of Al-Khanjar and Bir Al-Maraziq in the Khub and Al-Sha`af district, after launching specific attacks on Houthi sites in those areas and inflicting heavy losses on them.

In Shabwa, an expanded tribal meeting was held yesterday for a number of the governorate’s tribes in the Nisab district, within the framework of the tribal, social and military deterioration of the people of the governorate to confront the corruption of the reform authority, which handed over three districts to the Houthis, and tampered with the capabilities of Shabwa for the benefit of its elements.

The source pointed out that the meeting expressed great thanks to the leadership of the Arab coalition to support legitimacy in Yemen, for the support it provided in order to liberate the governorate and restore security and stability to it. In the three districts of Bayhan.

The source stated, that in the meeting, it was agreed to hold a comprehensive meeting for the people of the governorate in order to coordinate and prepare for the next stage, in order to serve everyone, and to restore Shabwa from the Houthi and Islah militias.