Glasgow and the world walk for the climate on Saturday

After the call to action in the face of the climate emergency of thousands of young people in Glasgow, tens of thousands of demonstrators are expected again on Saturday in the host city of the conference on… 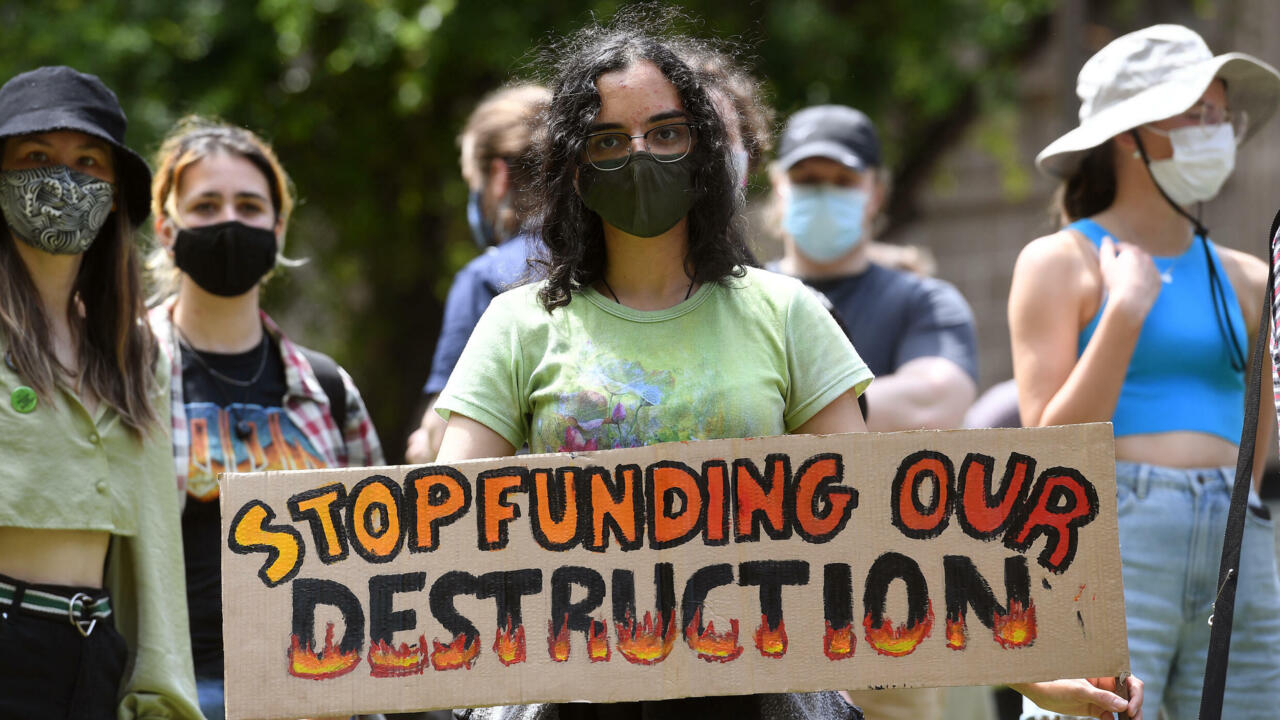 From Sydney to Paris via London, Nairobi or Mexico City, more than 200 events are planned, according to the coalition of organizations behind the mobilization.

It is about demanding "climate justice" and immediate measures for communities already affected by climate change, especially in the poorest countries of the South.

In Glasgow, Scotland, police said they were waiting for up to 50,000 people who will parade not far from the convention center, placed under high security, where the major UN climate conference has been held for a week. for the future of humanity.

"I think it will be so important to put pressure on the world leaders gathered at COP26 and show them that we are holding them to account," said in a statement from the organizers Iona, a 23-year-old arts student, who lives its first major event.

This global day of action is, according to her, "a perfect opportunity to unite people around the world and to demand justice for our planet and those who are on the front lines of the climate crisis".

A demonstration bringing together thousands of young people who came to cry out about the climate emergency had already been organized on Friday in Glasgow, at the end of the first of two weeks of COP26.

Protesters are calling on the world's greats to do more and faster to counter the devastating effects of rising temperatures due to greenhouse gas emissions generated by human activities.

"It is no secret that the COP26 is a failure," denounced on this occasion the face of the youth movement for the climate, the Swedish Greta Thunberg.

She described the COP26 as a "celebration (...) of blah blah" and a "greenwashing festival" after commitments, sometimes with vague outlines, by groups of countries to fight against deforestation, reduce methane emissions in the atmosphere or put a stop to fossil fuels.

Concrete measures rather than words is what the demonstrators will demand again on Saturday.

"It is obvious that fine words are not enough, and that the week of discussions to come must be marked by a strong rise in power of concrete projects", insists Mikaela Loach, a British activist contesting oil exploration projects in the Kingdom -United.

The challenges of COP26 are numerous in a context of a global pandemic which has weakened poor countries already vulnerable to the impacts of climate change.

Some 200 delegations are studying in particular how to limit, as provided for in the Paris Agreement, global warming to well below + 2 ° C, and if possible to + 1.5 ° C.

Every tenth of an additional degree of warming counts and has its share of consequences, heat waves, fires or floods.

However, according to the latest UN estimates, which must be updated with the latest promises, the world is currently heading towards a "catastrophic" warming of + 2.7 ° C.

And according to a scientific study, global emissions of CO2, the main greenhouse gas, rebounded in 2021 to levels close to the records recorded before the Covid-19 pandemic.

In recent days, new commitments have been announced by India, Brazil and Argentina, which could change these forecasts.

The COP26 negotiations, scheduled to last until November 12, will continue on Saturday before a break on Sunday.