Financial Times: Artificial intelligence is more dangerous to the world than nuclear weapons, and America and China must take Kissinger's warning seriously

An article in the Financial Times called on America and China to take the warnings of former US Secretary of State Henry Kissinger seriously about the risks of “unfettered” competition in artificial intelligence turning into a new Cold War. 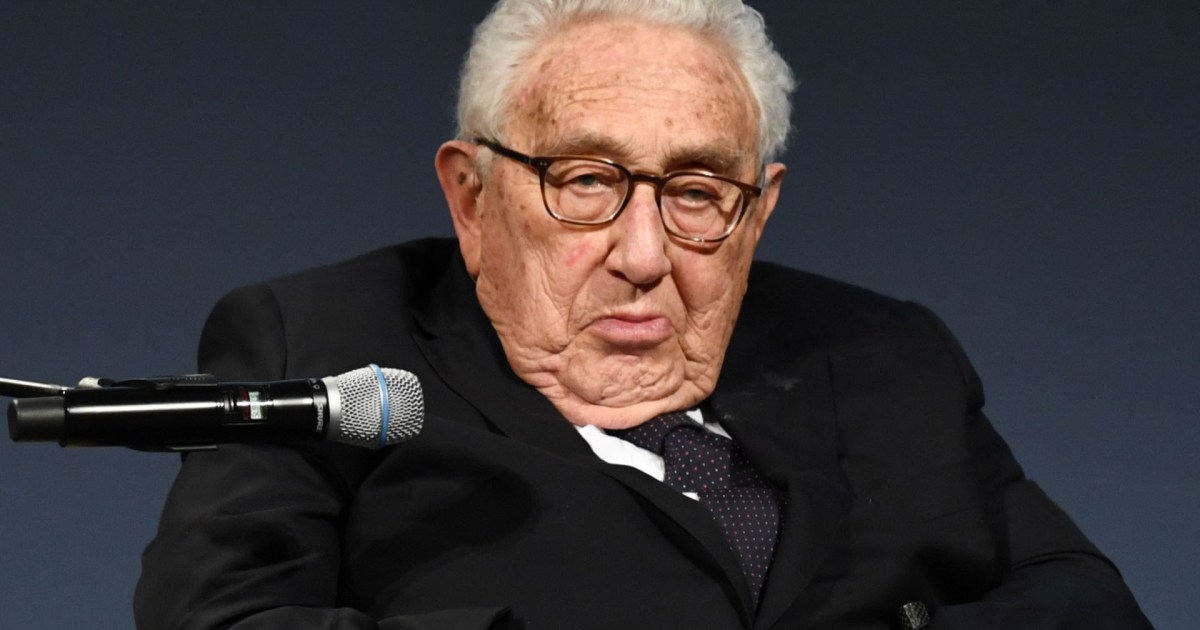 He called for an

former US Secretary of

State Henry Kissinger seriously about the

competition "unrestrained" shift in the

industrial intelligence to a

An article by the newspaper's writer Edward Loos explained that Kissinger, a veteran diplomat on arms control between America and the former Soviet Union, described the "unfettered" competition between Washington and Beijing in the areas of nuclear weapons and artificial intelligence as "unprecedented in history."

The article referred to China's recent test of a hypersonic missile, "which could enable it to evade US missile defense systems", to the Pentagon's estimate this week that China plans to quadruple its nuclear arsenal by 2030, and to the president's resignation Former Pentagon AI chief Nicholas Chailan over what he said was his inability to stand by and watch China outperform the United States, and his assertion that it was "already over".

There is currently no dialogue between America and China about reducing the threat, as the United States and the Soviet Union did after the 1962 Cuban missile crisis, and instead America and China have become increasingly ignorant of each other's capabilities and intentions, in contrast to how the war would develop, Luce said. Cold first.

The absence of dialogue is unacceptable

The article recalled that Kissinger had previously said that the relationship between the United States and China had moved from partnership to cooperation, to uncertainty, to close or actual confrontation, adding that “expecting wise decisions from all parties in the absence of dialogue is an act of faith that I do not accept in the future.” ".

Kissinger, who co-authored a new book, The Age of Artificial Intelligence, Eric Schmidt, co-authored with former Google CEO Eric Schmidt, was quoted as saying, "We are not yet beginning to understand the impact of AI on war and future geopolitical stability."

According to Kissinger, the article says, the picture may be worse, as we do not know enough about artificial intelligence on either side to even determine whether China is advanced, or what it could do if it is.

He likened the situation today to the run-up to World War I, when Britain and Germany were so ill-informed about each other's goals that an apparently unrelated incident - the assassination of the Archduke in southeastern Europe - sparked what was at the time the bloodiest war in history.

No desire to bridge the gap of ignorance

He added that Kissinger says, "We need to learn about the capabilities of artificial intelligence in competing countries, because ignorance of them leads to a level of uncertainty in the world in which it is difficult to maintain lasting peace, and this may become impossible," noting that America and China do not show either of them. Currently no desire to bridge the gap of ignorance they have.

The article pointed to the contrast between today's ambiguity about the strategic impact of artificial intelligence and the extensive work that was done on nuclear weapons during the first cold war, saying that Kissinger's work with a large group of scientists fueled, at the time, the nuclear arms control treaties - in which Moscow and Washington participated. - in great detail about the accuracy and power of their arsenals.