A shootout between criminals for the sale of drugs in a hotel in Puerto Morelos, in the Mexican Caribbean, left two criminals dead on Thursday and ... 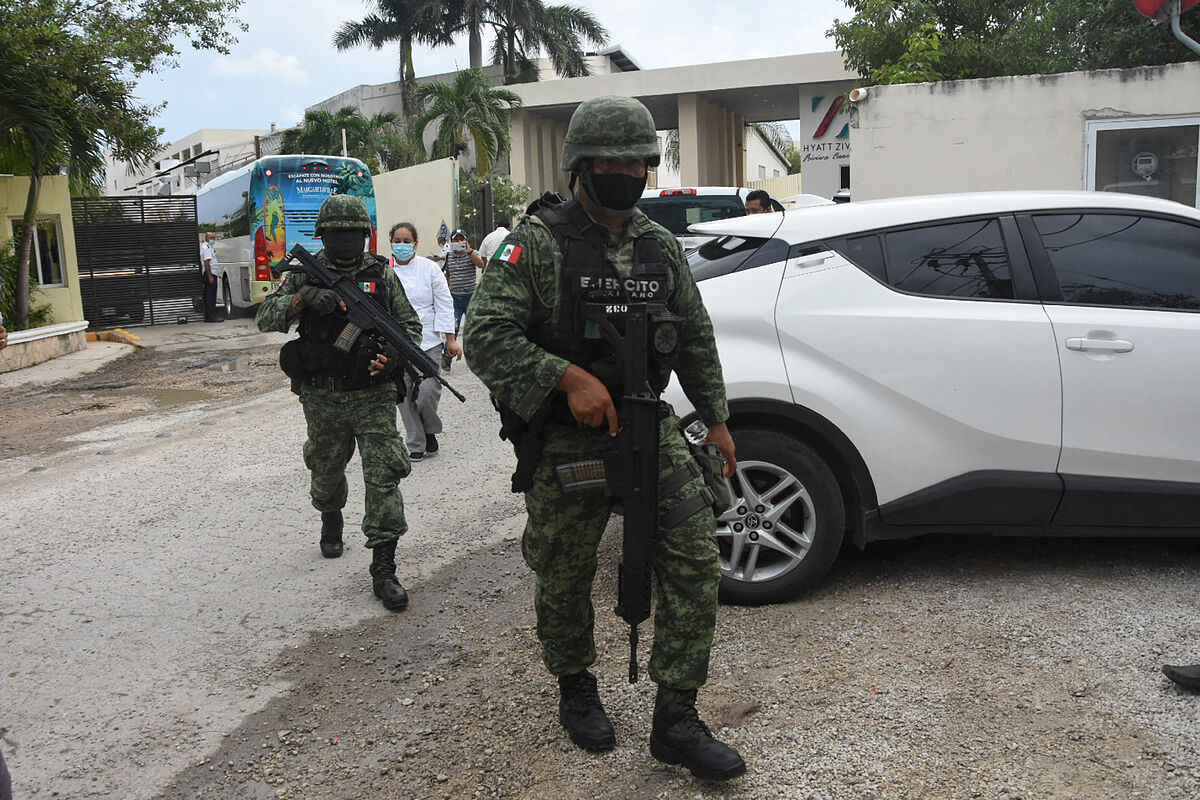 between criminals for the sale of drugs in a hotel in Puerto Morelos, in the Mexican Caribbean, left two criminals dead on Thursday and caused scenes of terror among tourists and workers.

between 10 and 15 hooded and heavily armed people

came aboard at least two boats along the beach and were directed towards two people, apparently drug dealers (small-scale traffickers) from a rival group.

In a first crash, one of the alleged drug dealers lost his life, while the other tried to take refuge in a room inside the hotel.

But, according to various testimonies and confirmed by the State Prosecutor's Office, the man was chased by various public areas of the complex and finally killed by members of the rival command in front of several tourists and workers.

According to a bulletin from the State Attorney's Office, the first investigations suggest that it was due to a dispute between gangs for the sale of "toxic substances."

In fact, hours before the event, a first group of four or five people arrived in the area and "mentioned that they were going to be in charge of selling drugs in that area of ​​the beach, with two of them staying in place." .

The tourists, who were mostly in swimsuits on the beach and in the pool area (swimming pools), ran to take refuge in different areas of the hotel as soon as the bullets were heard.

Several of them began to

what was happening and in some videos the hotel staff can be seen asking them to remain crouched on the ground and remain calm.

Although no further details were required, sources from the Government of Quintana Roo have reported a tourist of American nationality with head injuries from a blow with the handle of a weapon, while it has already been ruled out that there are more injuries.

The criminals fled the scene in the same boats with which they arrived, and so far no further information has been given about the escape route they would have followed.

After the event, a strong security device was mounted that included the presence of the Army, the Secretary of the Navy, the National Guard and state corporations.

Unusually, since it is not common for him to participate in these operations, a helicopter from the Mexican Navy joined the surveillance of the entire perimeter of this hotel complex that can only be easily reached by the main road, since its beach is surrounded by mangroves.

Hours after the event, several workers were

in their shift change, registering some nervous breakdowns.

Neither the employees nor the few guests who left the facilities made statements to the press.

In a brief message, the United States Embassy in Mexico said it

was informed of the shooting

"Mexican authorities are responding to the situation. We advise US citizens in the area to contact concerned family and / or friends to inform them that they are safe," the authority requested.

Mexico has recorded the two most violent years in its history in the first two years of the mandate of President Andrés Manuel López Obrador, with 34,689 murder victims in 2019 and 34,558 in 2020.

The country accumulates 25,392 malicious homicides between January and September 2021. In the first nine months of the year, Quintana Roo adds 495 murders.

Events A head-on collision between two vehicles in the Madrid town of Valdemorillo leaves two injured, one seriously

JusticeThe misdiagnosis that ended Oscar at the age of three

Events Seized 20 steel balls, screws and nuts in another bottle in the Parque del Oeste