"Enough blah blah": young people in the streets of Glasgow for the climate

Accusing the great of this world of throwing empty promises, young people take to the streets on Friday in Glasgow to push governments to act, at the end of the first week of the conf… 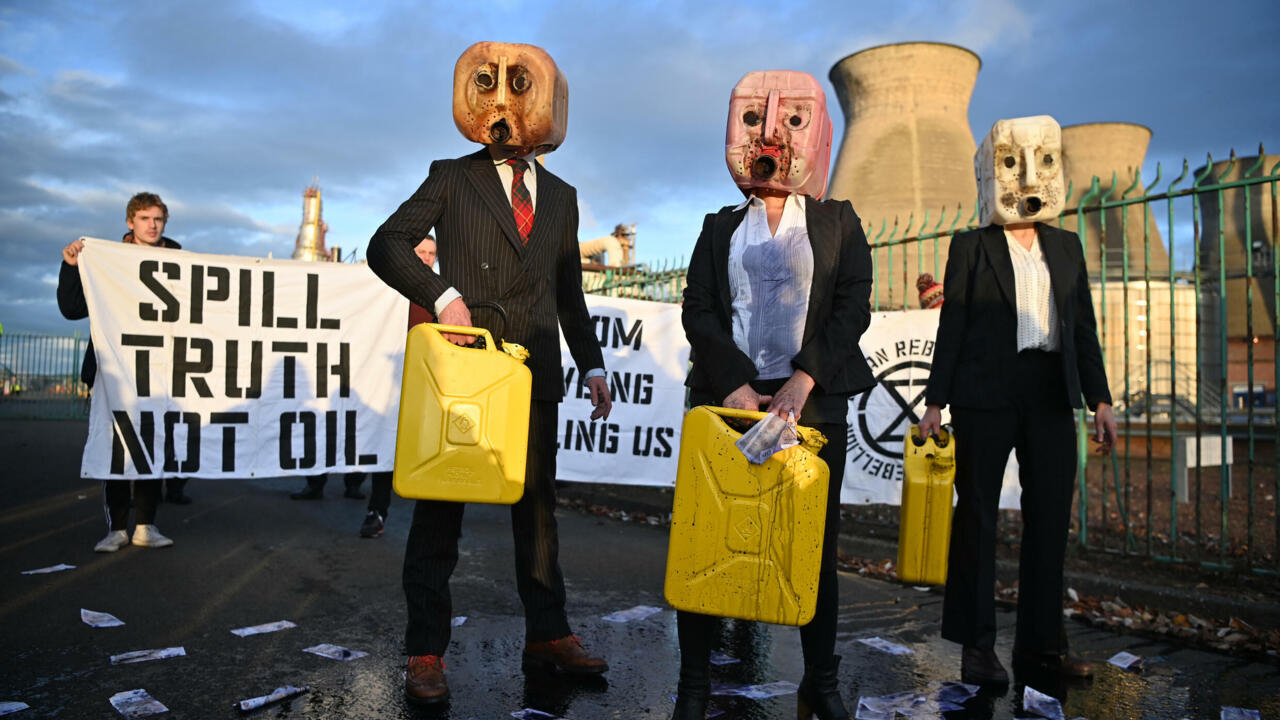 "So far we've heard a lot of talk from world leaders ... Protests like this put pressure on those in power, and we know this movement has to grow to get the changes. which we need to ensure the safety of present and future generations, ”commented Ugandan activist Vanessa Nakate.

Inspired by the young Swede Greta Thunberg, millions of young people took to the streets across the world in 2019 to call on their leaders to act faster and stronger against global warming.

Environmental activist Greta Thunberg during a demonstration in Glasgow to pressure the leaders present at COP26 on November 1, 2021 Adrian DENNIS AFP

Interrupted by the Covid-19 pandemic, these weekly Friday demonstrations have been resuming for a few weeks, still headed by their muse Greta Thunberg whose shock formulas are found on the banners.

Like the "blah blah" that has punctuated his accusations for a few months.

"This is no longer a climate conference. It is a greenwashing festival for rich countries. A two-week celebration of business as usual and blah blah," she again denounced Thursday on Twitter, the day before of the event.

"The world will hear us"

On Monday, during the summit which opened this COP considered crucial for the future of humanity, the young Kenyan Elizabeth Wathuti asked the leaders to "open their hearts for the people on the front line of the climate crisis" and to take their "responsibilities".

"So far they haven't, but the thousands of voices in the streets this weekend will make them listen," she added in a statement.

Inside the conference center, Friday will also be Youth Day.

In October, Italian Environment Minister Roberto Cingolani and COP26 President Alok Sharma promised to send Glasgow the manifesto adopted by 400 young people from all over the world gathered in Milan under the auspices of the UN: around fifty pages of proposals for energy transition, funding or citizen participation.

After the youth on Friday, a larger coalition of organizations is calling for demonstrations on Saturday at concurrent events around the world.

"For ten years, the storms in the Pacific are more violent, the droughts are longer and the floods stronger. Fishermen can no longer feed their families. That's what I walk for," Brianna said in a statement. Fruean, who came from Samoa with the Pacific Climate Warriors.

"We refuse to be just victims of this crisis. We are not drowning, we are fighting, and on Saturday the world will hear us."

The 2015 Paris agreement aims to limit global warming to well below + 2 ° C, if possible + 1.5 ° C, to avoid the worst impacts of climate change, which are already wreaking havoc across the country. planet.

Each additional tenth of a degree has its share of consequences.

But, according to the latest UN estimates, the world is heading towards a "catastrophic" warming of + 2.7 ° C.

Members of the "Red Rebel Brigade" - at an Extinction Rebellion demonstration in Glasgow on the sidelines of COP26 on November 2, 2021 ANDY BUCHANAN AFP

In recent days, new strengthened commitments have been announced by India, Brazil and Argentina, which could change these forecasts, but the analyzes are not yet available.