Outgoing Prime Minister Mark Rutte and outgoing Minister Hugo de Jonge (Public Health) gave a press conference about the corona measures on Tuesday. In this article we answer questions that you sent in via our response platform NUjij. 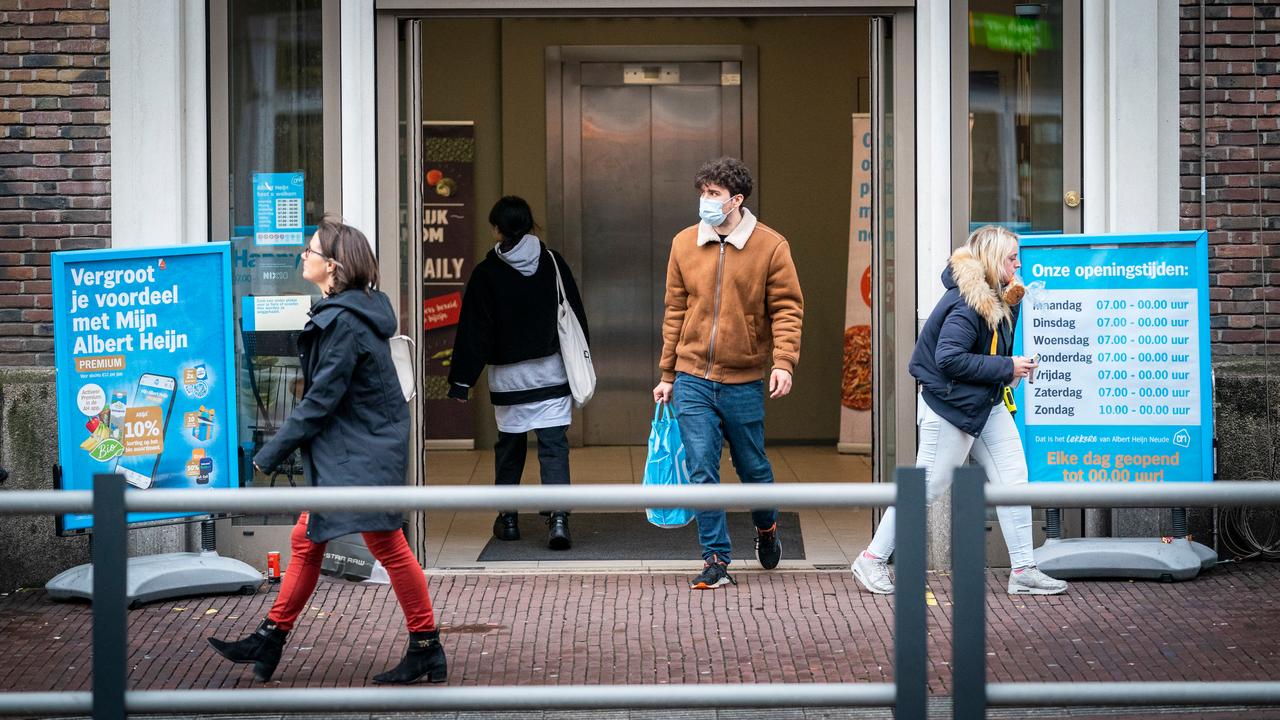 In this article we answer questions that you sent in via our response platform NUjij.

A large part of the measures announced Tuesday evening.

A large part of the measures announced Tuesday evening.

Where do most infections currently take place?

As far as is known, it takes place at the home of the Dutch.

People infect their housemates or become infected when they visit someone.

More and more people are also becoming infected with the corona virus at parties, at the office, at school and in nursing homes.

Despite so many infections in home situations, can we still celebrate our parties with a living room full of visitors?

Rutte and De Jonge have not imposed any rules for home visits and parties, as was the case in the past.

Rutte has warned that the Dutch should behave "more carefully", because even more corona measures may follow on November 12 if the corona figures do not improve.

So yes, organizing a party at home with many attendees is allowed, but whether it is wise: that is another matter.

How do you see

your role at the press conference

Do you mainly ask clarifying questions or do you also try to be critical of the policy?

"Both. Of course it depends on which measures have been announced. A lot is already known, so you can already think about that."

"A clarifying question can of course also be critical. But we also try to keep an eye on the bigger picture. What is the perspective for the coming months?

You can often find out details afterwards via the ministry.

You have to spend the few questions that you can ask during the press conference well."

Does a recovery ticket still count as an admission ticket for trips or events?

Yes, a corona ticket can consist of a vaccination certificate, proof of negative test or proof that you have tested positive for the corona virus (and recovered from it) in the past six months.

That positive corona test must not have been taken in the past eleven days.

Is there still a focus on developing better vaccines?

Or are they now going full for Pfizer and Moderna?

For example, the German pharmaceutical company CureVac stopped one of its own corona vaccines in October so that the company could focus on other, more promising options.

The Netherlands is currently focusing mainly on Pfizer and to a lesser extent Moderna.

This is because we currently have large numbers of these vaccines at our disposal.

That is why the GGDs already stopped using the AstraZeneca vaccine as of 1 November.

Why is it not possible by law to set up corona passes for the church?

The rights of churches are – according to experts – better regulated than other rights.

However, churches can already ask for QR codes, if they want to.

That is just not happening on a large scale, because the Roman Catholic Church (RKK) and the Protestant Church in the Netherlands (PKN) believe that the corona admission ticket "does not suit church meetings and the character of the church".

See also: Why are churches still the exception in the corona policy?

Why is everything announced in advance at every press conference?

And who 'leaks' that information?

It is not a big surprise that information is being leaked.

In a crisis like this, measures need to be discussed with many people and only one person is needed to approach the media.

The media are keeping their sources secret, so it won't be clear who leaked the information.

On the why: The intention is not for information to be leaked.

In fact, it kicks against the sore leg of the House of Representatives.

Partly for this reason, Chamber President Vera Bergkamp and PVV leader Geert Wilders van Rutte want an explanation of how it is possible that the media is aware of corona measures before the House does.

Wilders calls it "outrageous" that the House is "just about the last to be informed".

See also: Why does the content of the corona press conferences leak out?

What are the ages of people who now end up in hospital and ICU?

Figures from the corona dashboard show that especially people over sixty end up in intensive care units.

People under the age of sixty are also recorded on ICs, but this is less common.

When looking at hospital admissions, the over-80s in particular stand out.

However, in all age groups – from the age of thirty – dozens of people are admitted to hospital for a few weeks.

It is not yet clear how we will be invited for a booster shot. De Jonge only reported on Tuesday evening that the booster shot will be made available for all other age groups, when it is the turn of the over-sixties and care employees. The process will probably not be adjusted and GPs and GGDs will again send invitations. Unlike people who have not yet been (fully) vaccinated, you cannot visit the GGD for your booster shot without an appointment.

Healthcare staff will receive an invitation from December.

The Health Council advised on Tuesday that all healthcare personnel should be included in the booster shot round, because they work at locations where an infection can lead to a serious course of disease.

Why is the booster shot being chosen instead of the large-scale donation of vaccines to poorer countries?

Is it no longer useful for us to bring the vaccination coverage in those countries up to standard?

Yes, the Netherlands benefits from a rapid improvement in vaccination coverage in places such as Africa, where the vaccination campaign is still in its infancy.

This prevents mutations from occurring in those countries that could also affect us Dutch.

Partly for this reason, the cabinet decided this week to accelerate the donation of vaccines to the WHO's COVAX program, which will allow vaccines to be distributed more fairly worldwide.

However, its own population must also be protected.

The Health Council ruled that a lot of health gains can be achieved if people over sixty receive an extra corona jab soon.

Other groups can wait, according to the council, because there would be no medical reason to give them a booster shot yet.

That is why the cabinet has now decided to invite only the elderly and care workers.

What is the government planning to ensure a safe bubble in the workplace?

Currently, employees are only allowed to ask if an employee has been vaccinated, but the latter is not obliged to answer that question.

It is also not allowed to request a corona pass at the moment.

However, the minister has been investigating for some time whether he can make it possible to make the corona pass for employees in certain sectors through a legislative amendment.

But it's not that far yet.

Are the gyms and swimming pools compensated for their reduced income?

It is not yet clear whether there will be financial compensation for gyms and swimming pools now that the corona pass will also become an obligation there.

It is also not the case that the authorities have to close, only that an extra requirement is made of the visitors.

People from abroad, for example international students, will have to test for entry every time.

Will anything be arranged for that?

They can still request a QR code in a detour.

They can only go to Utrecht for this and must bring an identity document, a BSN number and a vaccination certificate from the country where the shot was taken.

What is the government going to do to try to convince the people who have not yet had a shot?

Rutte believes that it is not up to the government to convince people to still take a vaccine.

De Jonge states that half of the 13 percent of Dutch adults who have not yet opted for a corona jab will ultimately not opt ​​for the vaccine.

"The other half have concerns, all different ones. You have to find out what their exact reason is for that group. The entire vaccination campaign is focused on that."

De Jonge called on all people who have not yet had a shot to think about it.

"It's never too late to make the choice again".