On Sunday morning, a hunter knocked on the home of Rosita Magnusson and Erik Hörberg in Vankiva outside Hässleholm - and told them that he had accidentally shot Rosita's horse. 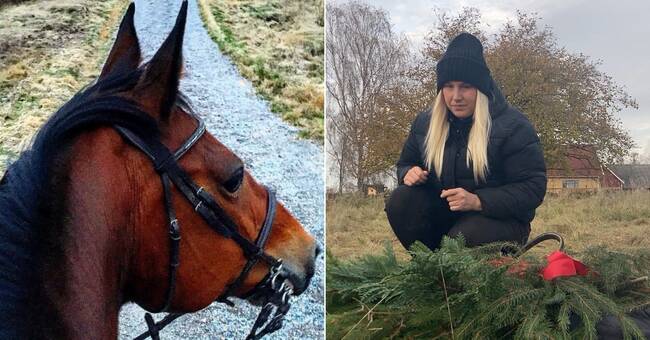 Rosita Magnusson was at the gym warming up for a yoga session when her partner called and told her that Lucky Daim had been shot.

Rosita threw herself into the car and drove home.

- Halfway through, Erik called and said she was no longer alive.

It hurts terribly that I was not even allowed to be with her in this tragedy that she had to endure, says Rosita Magnusson.

The hunter is suspected of a hunting crime.

According to Robert Loeffel, a spokesman for the police, the hunter tried to shoot a fox but failed.

The bullet must then have bounced on a rock and then hit Lucky Daim.

The police have seized the weapon and will investigate the horse, according to Robert Loeffel.

In the video, Rosita Magnusson and her partner tell more about Sunday and about the horse Lucky Daim.