Mankind is heading for a "climate disaster"? Biden apologizes for U.S. withdrawal from Paris agreement

China News Service, November 2nd, reported that the 26th United Nations Climate Change Conference (COP26) is being held in Glasgow, UK. The World Meteorological Organization issued a climate report on this occasion, saying that 2015 to 2021 will be the hottest seven years on record, and warning that the earth is entering "unknown territory."   In his speech, UN Secretary-General Guterres warned 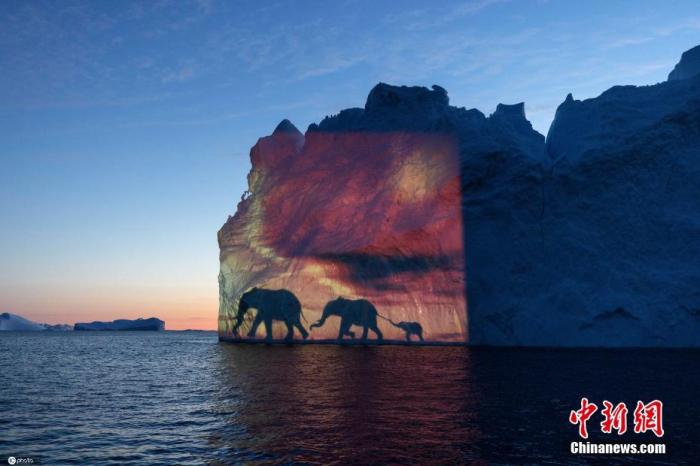 The World Meteorological Organization issued a climate report on this occasion, saying that 2015 to 2021 will be the hottest seven years on record, and warning that the earth is entering "unknown territory."

In his speech, UN Secretary-General Guterres warned, "We are digging our own graves."

U.S. President Biden said at the summit that the previous Trump administration withdrew from the "Paris Agreement" and he felt sorry for that.

In conjunction with the opening of the Climate Conference, the World Meteorological Organization released the "State of the Global Climate in 2021" report.

The report pointed out that the world is "changing before our eyes." For the first time in the 20-year average temperature since 2002, it will be more than 1 degree Celsius higher than the level before industrialization.

In 2020, the global greenhouse gas concentration will rise to a new high.

The concentrations of carbon dioxide, methane and nitrous oxide are respectively 149%, 262% and 123% higher than before industrialization, and will continue until 2021.

The report said that as the temperature continues to rise, the earth is being pushed into an "unknown state."

"More and more scientific evidence shows that climate change in some regions is caused by human activities."

The World Meteorological Organization pointed out that another worrying development is global sea level rise.

The sea level has accelerated since 2013, and may hit a new high this year.

This is mainly because the melting speed of glaciers and ice caps has accelerated.

Sea water is also constantly acidified due to the increasing concentration of greenhouse gases.

According to reports, the ocean absorbs 23% of the carbon dioxide released by humans, and this carbon changes the ocean’s chemical balance.

The picture shows firefighters walking through the mountain fire.

In response to this latest report, UN Secretary-General Guterres said that the earth is indeed undergoing major changes, and COP26 "must become a turning point for mankind and the earth."

He emphasized that scientists have stated the facts very clearly, "the actions of leaders must be equally clear."

He pointed out that the six years since the signing of the Paris Agreement on climate change are the hottest six years on record.

Human dependence on fossil fuels is pushing it to the brink of catastrophe.

He pointed out: "Some recent commitments have serious problems, but even if they are clear and credible, they are still not enough to prevent humans from sliding into the abyss of climate disaster. Even according to the most optimistic predictions, the temperature rise will be much higher than 2 Celsius. In short, at the opening of this much-anticipated climate conference, mankind is still heading for climate disaster."

Guterres emphasized that the 1.5 degrees Celsius target must be kept unchanged.

To this end, it is necessary to have greater ambitions in reducing emissions and take immediate concrete actions to reduce global emissions by 45% by 2030.

[Biden apologizes for Trump's withdrawal from the Paris Agreement]

US President Biden said at the meeting that he was sorry for the previous Trump administration's withdrawal from the Paris Agreement.

Trump claimed that the Paris Agreement would cause job losses, but Biden said in his speech at the Glasgow Climate Summit that fighting climate change will promote economic prosperity rather than harm the economy.

He said: "I think the worsening climate catastrophe presents incredible opportunities. Not only for the United States, but for all of us."

"The United States is not only returning to the negotiating table, but also hoping to lead by example. I know that is not the case at present, but this is why the government under my leadership is stepping up its efforts at this moment."

He promised that the United States will lead the world in combating climate change "with actions, not words."

The Democrats hold only 50 seats in the 100-seat Senate, and Manchin’s vote is very important to Biden.

His statement has caused Biden's domestic agenda to suffer a severe setback, which adds uncertainty to whether it can achieve its emission reduction targets.