About a hundred countries, representing 85% of the world's forests, officially committed, Tuesday, during the COP26, to halt deforestation by 2030. Among the territories concerned: the forest… 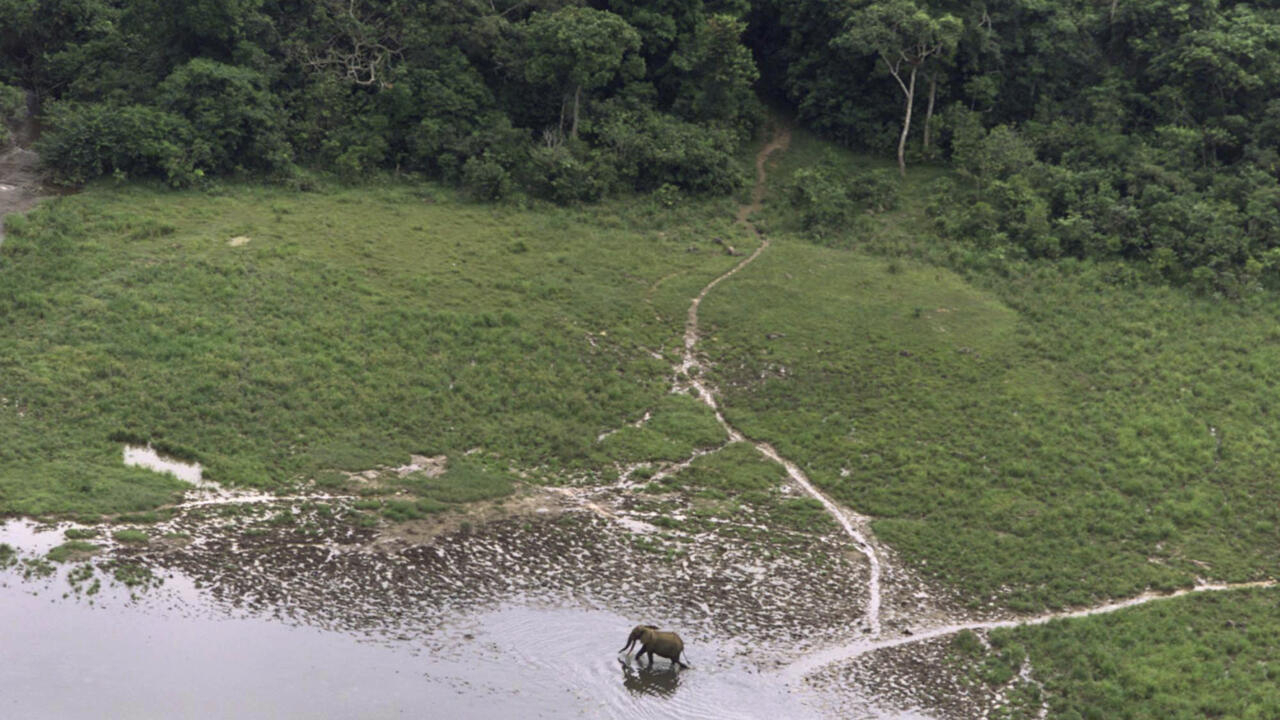 This is the first big announcement from the leaders present at COP26.

A hundred countries solemnly pledged, Tuesday, November 2, to halt deforestation by 2030 in the world.

In the list of their objectives: to protect the Amazon rainforest but also the forest of Central Africa, often nicknamed the "second lung of the planet".

After the Amazon, this forest is the second largest tropical forest in the world.

Large of nearly 200 million hectares, it is spread over no less than six countries.

Some 60% of its area is in the Democratic Republic of the Congo.

The remaining 40% is shared between Cameroon, Republic of Congo, Gabon, Central African Republic and Equatorial Guinea.

"This forest plays a key role in the fight against global warming," says Maxime Réjou-Méchain, climatologist at the Institute for Research for Development (IRD).

"Today, the forests of Southeast Asia emit more CO2 than they absorb. In the Amazon, studies tend to show that we are in equilibrium. The only place where the forest still absorbs more CO2 than it emits is in Central Africa. "

And the scientist summed up: "This means that today, this forest is the last real carbon sink on the planet."

A forest under demographic pressure

Until the 2010s, this massif was spared.

"The territory was sparsely populated and the infrastructure was underdeveloped," explains Alain Karsenty, a researcher at the Center for International Cooperation in Agricultural Research for Development (CIRAD) and a specialist in Central Africa, to France 2.

But today, deforestation is rampant there.

It is estimated that two million hectares are destroyed each year.

The Democratic Republic of the Congo is widely singled out.

On its own, in thirty years, the country has lost 20% of its rainforests, almost as much as Brazil, according to figures from the European Joint Research Center (JRC).

In question, an increasingly important demographic pressure leading to an explosion in the exploitation of resources.

"It is one of the countries in Africa, if not in the world, where the increase in population is the strongest," recalls Alain Karsenty.

According to the latest censuses, the country has 90 million inhabitants in 2021, against barely 50 million in 2000. And this population is expected to double again by 2050.

In comparison, in neighboring countries, where demographic pressure is less, deforestation is slower.

In Gabon, with 2 million inhabitants and a territory 90% covered by forests, the loss of forest cover is estimated at 2.5% in thirty years.

"However, unlike the Amazon or South-East Asia where deforestation is mainly due to industrial agriculture, with entire forests replaced by fields of rubber trees or soybeans, in Central Africa, it comes from mainly slash-and-burn agriculture and charcoal exploitation, "continues the researcher.

"That is to say, practices that are necessary for this population to live."

Slash-and-burn agriculture is an agrarian mode of operation which consists in clearing plots by fire.

These are then used for subsistence cultivation before being left fallow.

But with demographic pressure, more and more areas must be exploited.

"Despite everything, mining or industrial agriculture also play a role in this deforestation, even if these are not major factors", nuance Maxime Réjou-Méchain.

"This is particularly the case in Cameroon, where we see more and more cocoa fields, in particular, instead of forests."

All the countries of Central Africa have already made commitments to protect the forest, in particular by increasing the number of protected areas and reserves.

Unfortunately, faced with the insecurity of certain areas and recurring political governance problems, they remain poorly managed and subject to illegal logging or poaching activities.

To alleviate deforestation, Alain Karsenty calls above all to "invest massively" to "transform practices". "We must help the peasants to train in new practices to get out of slash-and-burn agriculture. We must support them so that they improve their yields in a thoughtful and ecological way while occupying less land." A position shared by Maxime Réjou-Méchain: "We must move towards other practices, why not towards agroforestry, which would make it possible to reduce the destruction of land."

The other major lever is located in the countries of the North.

The economist says he is in favor of a tax on products from deforestation and the establishment of a remuneration system for countries based on the quality of their environmental policy.

From an environmental point of view, Maxime Réjou-Méchain is campaigning to work to reunify the forest.

"Today, the forest is fragmented due to human activities. Corridors must be created to reconnect spaces", he explains.

"This would allow animal and plant species to continue to move and, thereby, to preserve biodiversity," he insists.

A new commitment that echoes the New York Declaration on Forests of 2014, when many countries, businesses and indigenous peoples pledged to halve deforestation by 2020 and end it in 2030.

Twenty-eight countries accounting for three quarters of global trade in raw materials that can threaten forests, such as palm oil and cocoa, also signed a declaration to act more fairly and transparently.

Finally, more than 30 financial institutions such as Aviva or Axa have made a commitment to no longer invest in activities linked to deforestation.