Inside the UN climate summit COP26, only politicians and those in power pretend to take our future seriously. That was climate activist Greta Thunberg's message at a demonstration on Monday. "No more blah, blah, blah," the assembled climate activists then chanted at her urging. 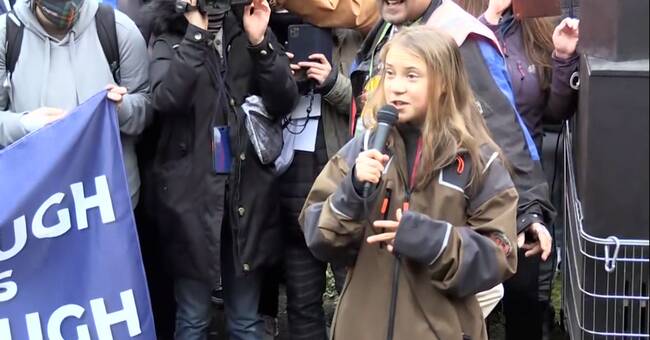 Swedish climate activist Greta Thuberg participated on Monday in a demonstration in a park on the outskirts of the climate summit in Glasgow, Scotland, organized by the network Fridays for future.

- The change does not come from within, says Thunberg, and refers to the politicians and world leaders in place inside COP26.

Speaking at the summit, the Prime Minister of the United Kingdom Boris Johnson retweeted a call to her millions of supporters to sign an open letter addressed to world leaders.

Hear more from Greta Thunberg and the climate activists in the clip above.