Leaders of more than 130 countries around the world have also publicly presented their carbon reduction targets. In particular, President Biden apologized for Trump's withdrawal from the Paris Agreement on Climate Change. 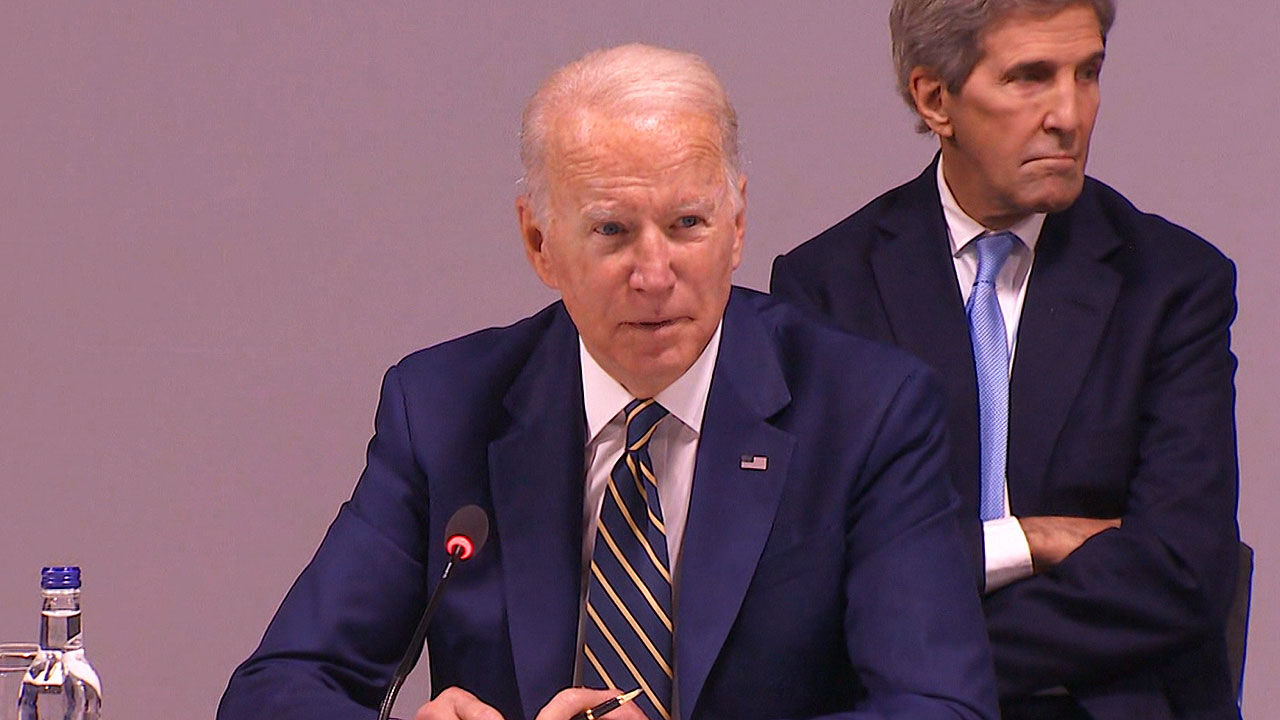 heads of 130 countries around the world have also publicly presented their carbon reduction targets. In particular, President Biden apologized for Trump's withdrawal from the Paris Agreement on Climate Change.

Reporter Kwak Sang-eun on the sidewalk.

U.S. President Joe Biden publicly apologized at the 26th session of the Conference of the Parties to the United Nations Framework Convention on Climate Change.

The former Trump administration withdrew from the Paris Agreement in 2017 and apologized instead for delaying the international community's response to climate change.

He also expressed his desire to do more to help the transition to clean energy in developing countries.

China's President Xi Jinping, who was originally scheduled to attend via video, only delivered a written statement to the general assembly.

Along with the goal of achieving 'net zero' by 2060, the statement also emphasized that developed countries should support developing countries to respond to climate change.

Prime Minister Narendra Modi of India, the world's third-largest emitter of greenhouse gases after China and the United States, announced his own timetable to achieve carbon neutrality by 2070 through an on-site speech.

He added that while India accounts for 17% of the world's population, it is only responsible for 5% of its carbon emissions.