Attacks in the Green Zone and Muqdadiya .. Muqtada al-Sadr calls for the formation of a national government to achieve reform in Iraq

The leader of the Sadrist movement in Iraq, Muqtada al-Sadr, called for the formation of a "national majority" government, to achieve reform in the country, in conjunction with the occurrence of attacks in Muqdadiya and the Green Zone. 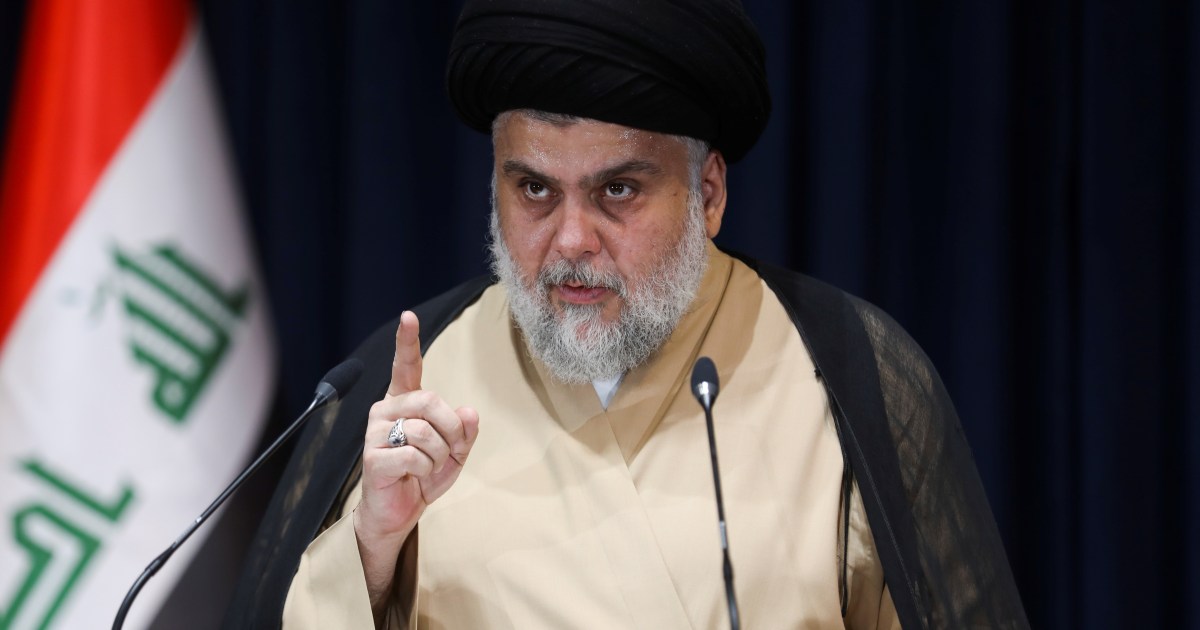 The leader of the Sadrist movement in Iraq, Muqtada al-Sadr, whose political alliance won the largest number of seats in the Iraqi parliament, called on Sunday to form a "national majority" government, to achieve reform in the country, in conjunction with the attacks in Muqdadiya and the Green Zone.

Al-Sadr stressed the need for parliament to have "two parties, the first being loyalists, which form the government and undertake reforms at all levels."

As for the second side, according to Al-Sadr, it is "the opposition, and their agreement is a binding consultation with the former without marginalization, provided that this is within the foundations of democracy."

Since 2005, Iraq has witnessed the formation of 7 governments, in which the partnership system between the three main components (Sunnis, Shiites and Kurds) was adopted.

Parliamentary elections were held in Iraq on October 10, and according to their preliminary results, the "Sadr bloc" affiliated with Muqtada al-Sadr came to the fore with 73 seats out of 329, while the "Progress" bloc led by dissolved Parliament Speaker Muhammad al-Halbousi (Sunni) won 38 seats.

In third place, the "State of Law" bloc led by former Prime Minister Nuri al-Maliki came with 34 seats, while the "Al-Fateh" alliance - a political umbrella for armed factions - is the most prominent loser in those elections by obtaining 16 seats, after it came second with 48 seats in the elections. 2018.

Following the announcement of the preliminary results of the elections, the United Nations Assistance Mission for Iraq "UNAMI" and its head, Jeanine Hennis-Plasschaert, received widespread criticism and threats from parties and parties that suffered unexpected defeats, through protests organized in the country, and through campaigns of activists affiliated with it on social media.

About two weeks ago, opponents of the results have been organizing a sit-in at one of the entrances to the Green Zone, demanding that the ballot boxes be recounted, while the Iraqi Electoral Commission is recounting some stations based on appeals submitted to it.

Al-Jazeera correspondent in Baghdad reported that a demonstration took place in the Iraqi capital for supporters of the parties objecting to the results of the parliamentary elections in front of one of the entrances to the Green Zone.

The demonstrators carried banners rejecting the "rigging of the election results", and demanded that they be corrected.

The Iraqi security forces intensified their deployment near the demonstration and at the gate of the Green Zone near the Ministries of Defense and Planning.

These developments coincided with the Iraqi security forces imposing, on Sunday, a night curfew, in Muqdadiya district, Diyala Governorate (east), in an effort to contain the sectarian escalation, according to a security source.

Anadolu Agency quoted a Diyala police officer as saying that "the security forces imposed a night curfew in the Muqdadiyah district, which includes a mixture of Sunnis and Shiites."

The same source added that this came "in an effort to contain the sectarian escalation against the backdrop of the killing of 23 civilians, both Sunni and Shiite, in two attacks last Tuesday and Wednesday."

The villages of Muqdadiya district, which includes Sunni tribes, were repeatedly hit on Thursdays, Fridays and Saturdays by mortar shells from unknown sides.

Also, 3 Katyusha rockets landed at dawn on Sunday near the Green Zone, which includes the US embassy and government headquarters in the Iraqi capital, according to a security source told AFP.

This attack, whose damage was limited to material and caused no casualties, is the first in about 4 months near the Green Zone.

In recent months, attacks of this kind, targeting especially US forces and interests in Iraq, have been repeated and are not claimed by any party, but Washington usually attributes them to Iraqi pro-Iranian factions calling for the complete withdrawal of US forces from Iraq.