Tariffs on steel and aluminum: US and EU agree

The United States and the EU have reached an agreement on tariffs on European imports of steel and aluminum. The subject was a source of conflict since the establishment of this ... 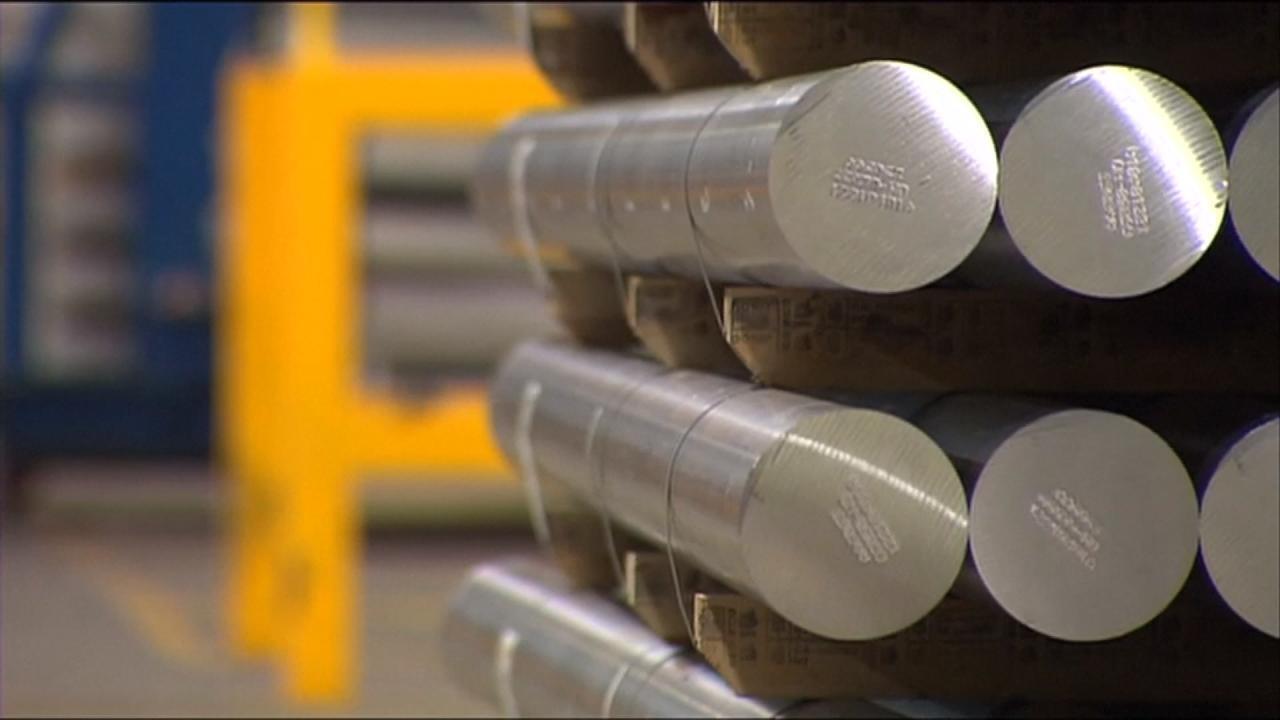 The end of a trade conflict between Washington and Brussels?

The United States and the European Union reached an agreement on Saturday, October 30, to lift additional tariffs on European imports of steel and aluminum, a matter of contention since the imposition of such taxes by the Trump administration.

US Secretary of Commerce Gina Raimondo has announced this "historic" agreement that will "maintain certain tariffs but allow limited quantities of European imports of steel and aluminum to enter the United States duty-free. of rights ".

Additional retaliatory measures announced by the EU, slated to take effect on Dec. 1 on products like Harley-Davidson motorcycles or Kentucky bourbon, will not be enforced, Administration Minister Biden said. in a conference call from Rome, where a G20 meeting is being held.

Towards a global agreement on sustainable steel and aluminum

European Trade Commissioner Valdis Dombrovskis announced in a tweet: "We have agreed with the United States to suspend our trade dispute over steel and aluminum and to launch cooperation for a global agreement on the 'durable steel and aluminum'.

The head of the Italian government, Mario Draghi, host of the G20, welcomed the decision "which confirms the strengthening of already close transatlantic relations and the gradual overcoming of the protectionism of recent years".

Mario Draghi "hopes that this agreement will be a first step towards a greater opening of trade between the EU and the United States, in order to promote the growth of the two economies", adds the official statement of the Italian Prime Minister.

In the midst of the trade war, the Trump administration in June 2018 imposed additional tariffs of 25% on steel and 10% on aluminum from several regions of the world, from Turkey to China via the Canada, Mexico and the European Union arguing the need to protect national security.

In less than three weeks, the Europeans had responded by taxing motorcycles, jeans (including Levi's), or tobacco, corn, rice or orange juice from the United States.

At Harley-Davidson, European customs taxes were reduced from 6% to 31% for the brand's products entering the European market, which increased the retail price of each vehicle by $ 2,200.

"These industries were faced with retaliatory tariffs of 50%", recalled Gina Raimondo, referring to products made in the USA.

"No business can survive this. There are 1.7 million Americans who make a living from the spirits industry and 5,600 workers at Harley-Davidson. All of these jobs are secured with this agreement."

Last June, when the settlement of the dispute over subsidies to Airbus and Boeing was announced, Washington and Brussels gave themselves until December 1 to find an agreement on steel otherwise the EU would impose an increase. of its customs tariffs.

The announcement of the truce, made on the first day of the G20 leaders' summit in Rome, does not specify the volume of steel and aluminum imports that will be duty free.

The American Chamber of Commerce reacted with relief, while even under the Trump administration, these industrialists had often denounced the cold that this escalation of customs taxes threw on trade.

All the more so, since it is the American importers who must first pay these taxes, intended to discourage imports from the targeted countries.

"The deal announced today offers some relief to US manufacturers suffering from soaring steel prices and shortages, but additional measures are needed," the US Chamber of Commerce said in a statement on Saturday.

"The EU's decision to suspend its retaliatory rights on US exports such as bourbon, motorcycles, cosmetics and motorboats is good news for US businesses and workers."

"When these tariffs were imposed in 2018, the Chamber warned that they would directly harm American manufacturers, provoke widespread retaliation (...) and leave the real problem of Chinese steel and aluminum overcapacity virtually untouched. ", adds the professional organization.

The agreement specifies that all steel imported from Europe to the United States will be "made entirely in Europe", insisted the American administration.

It is also intended to be the framework for future negotiations for an agreement between the European Union and the United States on how to better take into account the carbon intensity of the manufacture of these products.

"This means that the United States and the EU both produce steel and aluminum which are cleaner than steel produced in China," said Gina Raimondo.

For the manufacturers of the Alliance for American Manufacturing, "this interim arrangement must now lead the EU to join the United States to seriously tackle China's share in global overcapacity and demand measurable changes," he said. indicated its president Scott Paul.