In Baghdad, the re-counting and manual counting operations conducted by the Electoral Commission continue. For his part, Muqtada al-Sadr called on regional countries not to interfere in Iraqi affairs, while several forces continued to object to the election results. 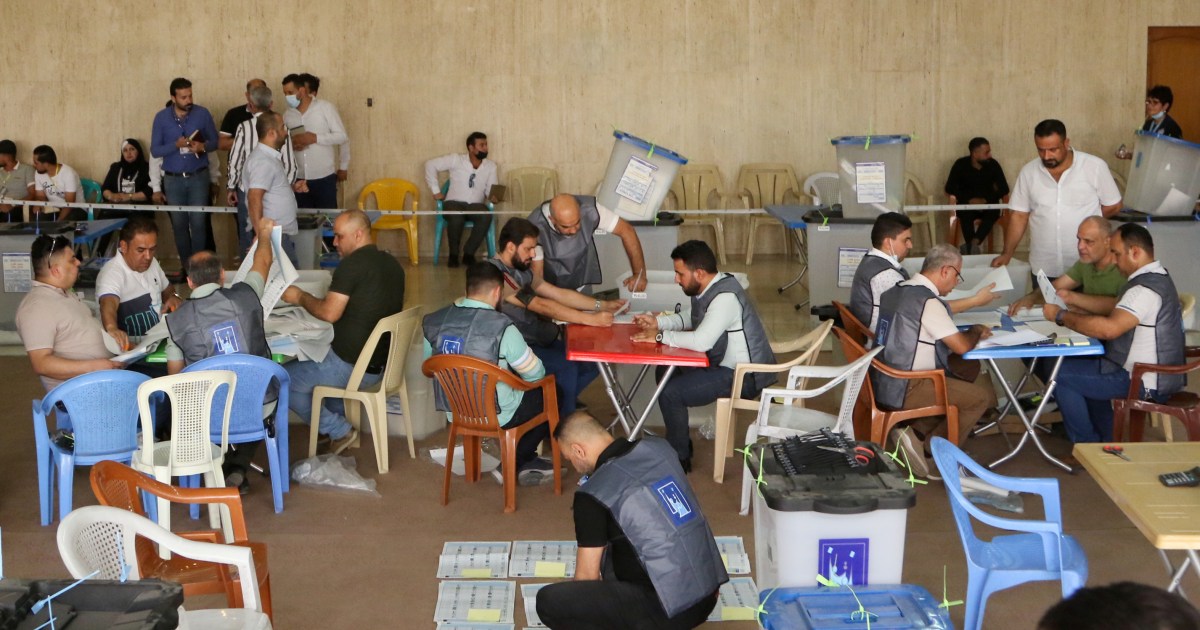 Today, Sunday, the re-counting and manual counting operations are continuing in Baghdad for the fifth consecutive day, which are being conducted by the Independent High Electoral Commission in the stations where appeals were accepted for several governorates.

For his part, Muqtada al-Sadr - the leader of the Sadrist movement - called on regional countries not to interfere in Iraqi affairs, while several forces continued to object to the election results.

Today, recounting of stations is taking place in each of the governorates of Erbil, Kirkuk, Karbala, Muthanna, Qadisiyah and Anbar.

The commission said - in a statement today - that it has manually recounted the votes of more than 14,000 polling stations, without any fraud or discrepancy with the electronic results of the October 10 elections.

A member of the media team of the commission, Imad Jamil Mohsen, said - in a statement to the Iraqi News Agency (INA) - that the commission recounted and re-sorted 25% of the votes of all electoral stations across Iraq manually, with 14.621 stations (out of 55,041).

He added that the results were identical with the previously announced electronic results, and no fraud appeared in them.

The Commission began last week the process of recounting the votes of the contested stations based on complaints submitted by candidates and blocs participating in the elections, and the process is still ongoing.

According to the preliminary results of the Iraqi elections, the Sadrist bloc led by Muqtada al-Sadr ranked first with 73 seats out of 329, while the "Progress" bloc led by dissolved Parliament Speaker Muhammad al-Halbousi won 38 seats, followed by the State of Law bloc led by former Prime Minister Nuri al-Maliki with 34 seats.

In a statement, this framework called on the judiciary to objectively consider all appeals submitted and to stop what he called the deliberate waste of hundreds of thousands of votes.

He also called for a comprehensive manual counting and sorting according to objective criteria, according to the statement.

In a related context, Muqtada al-Sadr accused regional countries (he did not name them) of interfering in Iraqi affairs, especially in the issue of elections and their results, by putting pressure on political blocs to achieve their interests, considering that this would cause great harm to Iraq and its people.

Al-Sadr added, "I call on all countries with obvious interference to withdraw their hand immediately."

He said, "I also refused to dialogue with them, so the blocs should not resort to them and include them in our internal affairs. We are Iraqis and we solve our problems exclusively among us."

Al-Sadr added that such interventions constitute "an insult to Iraq, its people, its independence, its prestige and its sovereignty."