Olympic season starts with a bang: 'The skating is ridiculously hard'

After the first day of the Dutch National Championships, it is more than clear that the skaters have started an Olympic season. It's not even November yet and things are going really fast in Heerenveen. 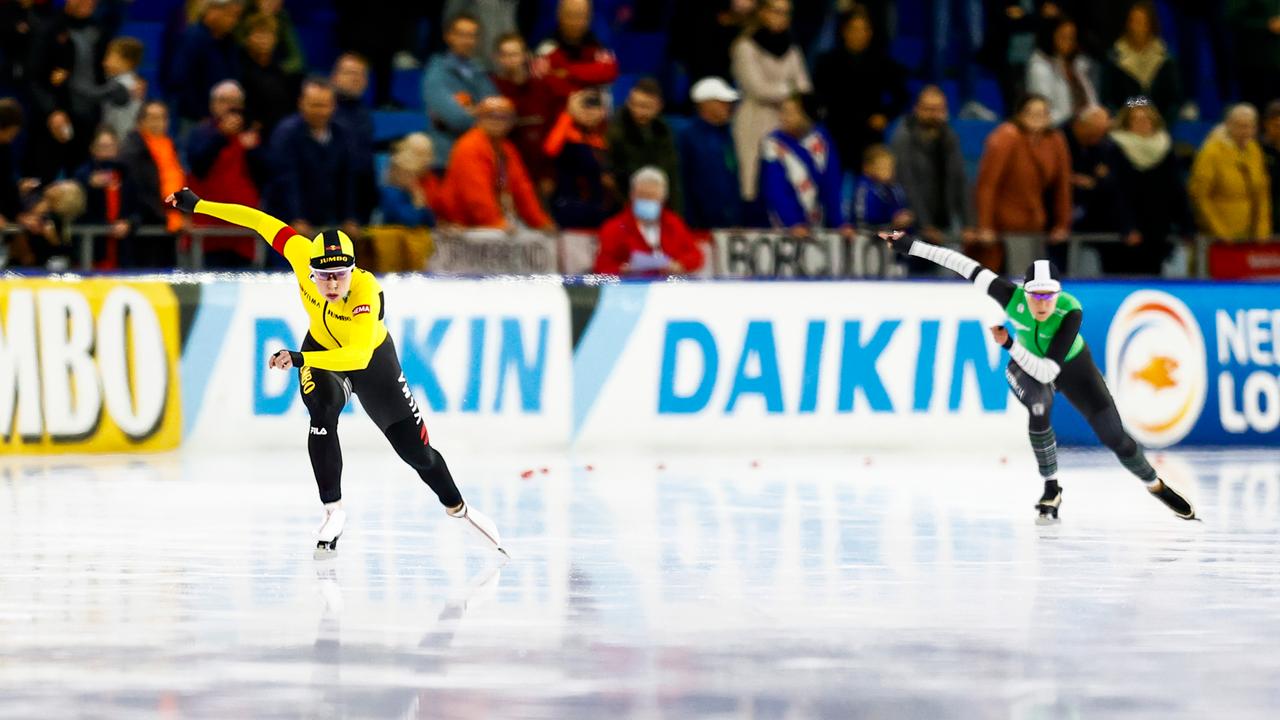 After the first day of the Dutch National Championships, it is more than clear that the skaters have started an Olympic season.

It's not even November yet and things are going really fast in Heerenveen.

When Ireen Wüst walked into the central area in Thialf on Friday to start the final preparations for her 1,500 meters, she blinked her eyes.

"It was so ridiculously hard for me," said the five-time Olympic champion.

"I saw all kinds of personal bests, often by more than two seconds. Really bizarre."

"1.53.4 in October actually makes no sense at all, we are used to driving 1.55 at the start of the season," said the Brabant driver.

"But yes, it is an Olympic season, you see that everyone is immediately on edge."

Wüst, who 'only' won silver with her top time, was one of no fewer than eight women who drove faster in the 1,500 meters on Friday than Jorien ter Mors' winning time a year ago at the NK distances (1.55.50).

The gold now went to Antoinette de Jong, who took almost half a second off her personal record driven in Calgary with 1.53.20.

"The level is really very high," said De Jong after her first national title in the 1,500 meters.

"I think it's nice that everyone is already driving so fast at the start of the season. Of course there are favorable conditions and good ice in Thialf, but it is also part of an Olympic season. This is the winter where everyone goes for four years has lived."

The podium of the 1,500 meters, with Ireen Wüst, Antoinette de Jong and Jutta Leerdam from left to right.

The podium of the 1,500 meters, with Ireen Wüst, Antoinette de Jong and Jutta Leerdam from left to right.

It is also part of an Olympic season that there are surprises.

The surprise on the podium of the 1,500 meters was Jutta Leerdam, who clocked a personal record in her first official skating mile since November 2018: 1.53.64.

"Two weeks ago at a training race in Inzell I drove three seconds slower (1.56.20), so I certainly didn't expect this," said 22-year-old Leerdam.

"I've ridden so few 1,500 meters in recent years that I don't really know what I'm doing. I just start hard and then I'll see where it ends."

The world champion in the kilometer of 2020 focused only on the 500 and 1,000 meters in her first seasons with the seniors.

Physical tests have shown for some time that she could also belong to the world top in the 1,500 meters, but she did not dare to combine it with three distances before.

With the Beijing Games on the horizon, she decided to take the gamble.

"It always seemed a bit too much to me to also drive the 1,500 meters", says Leerdam.

"But now I thought: it's an Olympic season and the 1,500 meters can be a nice bonus, let's try it. And after this time I can no longer say that I will not ride it this season."

Jutta Leerdam was very happy with her 1,500 meters.

Jutta Leerdam was very happy with her 1,500 meters.

Jorrit Bergsma caused a surprise in the 5 kilometers for men by dethroning Patrick Roest as Dutch champion after three years.

"I notice that this is a different season. The Games are constantly running through my head," Bergsma said.

"I know that I have to be sharp all the time this season. It was not necessarily the plan that I would drive so fast, but of course it is not annoying."

Roest was disappointed that with a time of 6.10.84 he fell short for gold and had to settle for silver, although he also saw the bigger picture soon after his race.

"I always want to win, so I have a bad feeling right now. But I also know that it really has to happen in December at the Olympic qualifying tournament this season and at the Games in February."

See also: View the program and the results of the Dutch National Championships here