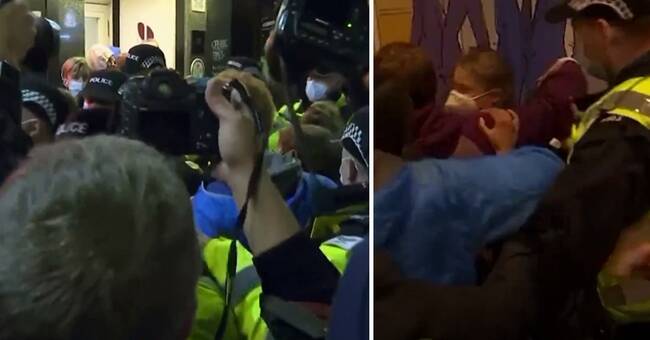 Greta Thunberg tells the BBC that a "change is possible" during the climate summit, if the pressure on politicians continues.

When asked if she has been asked to speak at the meeting, she says:

It is very unclear.

Ahead of the opening of the meeting, a number of protests took place last week, including in London's financial districts outside several banks.

The protesters demanded that the financial world stop investing in projects with fossil fuels.

Greta Thunberg was one of those who participated, but has now arrived in Glasgow.

Greta Thunberg wrote shortly afterwards herself on Twitter that she was happy to have finally arrived in Glasgow and thanked for the warm welcome.