The leaders of the G20 countries promise to increase efforts to achieve the goal of the Paris Agreement to slow down global warming to 1.5 degrees. The news agency Reuters has read a draft of a joint statement. 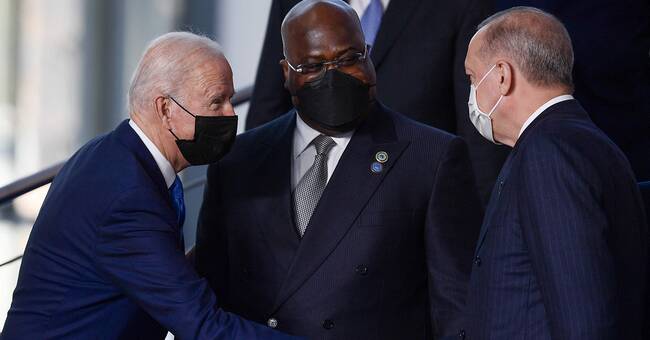 The so-called communiqué from this weekend's G20 summit in Rome is the result of tough negotiations.

According to the draft, the countries must "continue their efforts" to achieve the goal of keeping warming clearly below 2 degrees, with a view to limiting it to 1.5 degrees compared to pre-industrial levels.

Aim for zero in net emissions

The target of zero greenhouse gas emissions by 2050 is also confirmed, despite the fact that this is a target that many of the world's largest emitting countries have not yet adhered to.

The G20 leaders also undertake to phase out inefficient state aid for fossil energy in the medium term, and they also promise to do their utmost to stop the construction of coal-fired power plants without technologies that reduce carbon dioxide emissions.

At the same time, in the light of this autumn's global energy crisis, G20 leaders promise to ensure a stable energy supply without the risk of interruption.

In the draft, the G20 leaders also emphasize the importance of fulfilling the promise of supporting developing countries with $ 100 billion a year by 2025.

The G20 leaders are also set to support an OECD agreement on a global minimum level of corporate taxes of 15 percent from 2023, in their conclusions from the summit, reports Reuters.

The G20, created in 1999, includes the world's largest economies, with the United States and China at the forefront.

The EU is also represented at the meetings, as is a Spanish guest delegation.