G20. Duties: agreement between the United States and the European Union on steel and aluminum 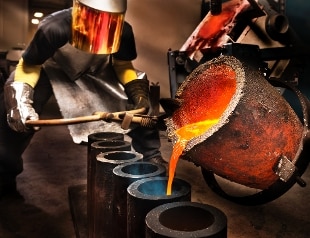 30 October 2021 The United States and the European Union have reached an agreement on steel and aluminum tariffs. The announcement came from US Secretary of Commerce

on the sidelines of the G20 Summit in Rome, during the meeting of the 20 major world economic powers.

Under the agreement in principle, the EU will be allowed to import certain quantities of metals without US duties, said Gina Raimondo. In addition, both sides will suspend pending cases on the matter before the bodies of the WTO, the World Trade Organization, he added.

The agreement reached was also announced by the EU Commissioner for Trade,

The deal on steel and aluminum tariffs has resolved one of the major areas of contention in the relationship between the transatlantic partners, said National Security Advisor to US President Joe Biden,

The trade truce on steel and aluminum will remove tariffs on more than $ 10 billion from their respective exports per year.

The trade dispute began in 2018 with then US President Donald Trump. Trump had introduced special tariffs on steel and aluminum imports by imposing tariffs of 25% on steel and 10% on aluminum produced in European countries and exported to the US.

The EU responded with retaliatory tariffs on US products such as jeans, bourbon whiskey, motorcycles and peanut butter. Trump had justified the special tariffs with "national security interests". The European Union considered this question unlikely, assuming that the aim was to protect the US economy from unwanted competition.

It is still unclear what the annual volumes of European duty-free steel and aluminum production are, although sources cited by Reuters say that annual quantities in excess of 3.3 million tonnes will be subject to tariffs. The agreement will be formalized by the President of the United States

and the President of the European Commission,