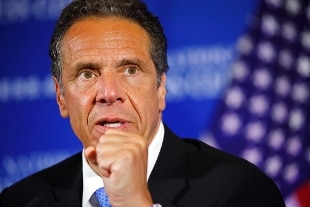 October 29, 2021 Former New York Governor Andrew Cuomo faces up to one year in prison and up to three years probation if convicted of sexual offenses. This was reported by some US media, including the New York Times. The Albany City Court issued a summons for Cuomo on the afternoon of November 17. His attorney Rita Glavin said that "Governor Cuomo has never assaulted anyone and the motives of Sheriff Craig Apple," whose investigator signed the criminal complaint, "are patently improper.

In the copy of the complaint obtained by the media the name of the alleged victim was obscured, but the Albany Apple County Sheriff previously said that he was investigating a complaint filed in August by a woman on Cuomo's staff identified in James's report as an Assistant. Executive # 1.

Later a woman named Brittany Commisso came forward saying she was the former assistant who was attacked by Cuomo.

The papers state that Cuomo, 63, intentionally "and for no legitimate reason forcibly put his hand under the victim's blouse ... and on an intimate part of her body, particularly her left breast".