Karin Tegmark Wisell will be the new Director General and Head of the Swedish Public Health Agency. This was announced by the government on Thursday. - I am of course very happy and honored to have this trust, says Tegmark Wisell. 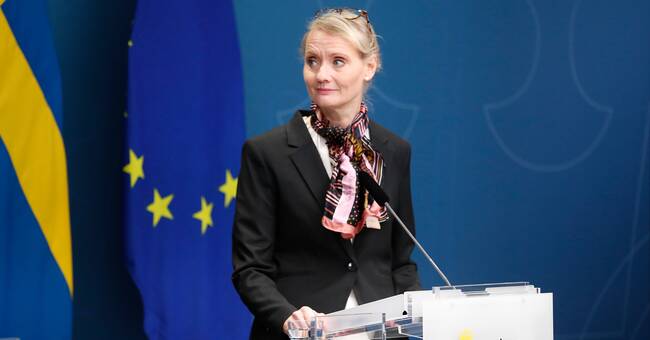 Last year, the government issued an advertisement that they are looking for a new director general and head of the Public Health Agency.

It is now clear that it will be Karin Tegmark Wisell who takes over, when Johan Carlson retires.

The new FHM head was presented by Minister of Social Affairs Lena Hallengren (S) during a press conference on Thursday afternoon.

- It feels very safe for Karin Tegmark Wisell to become the new head of the Public Health Agency, says Hallengren.

Today, Karin Tegmark Wisell is Deputy State Epidemiologist and Head of the Department of Microbiology at the Swedish Public Health Agency.

She is also a chief physician and PhD specialist in clinical bacteriology.

Tegmark Wisell has worked at the agency since 2007.

"One of the most important public health issues"

Tegmark Wisell highlighted the press conference mental illness and inequality as some areas that she considered particularly important to focus on in order to strengthen public health.

- That in Sweden today there are such large differences in health is one of the most important public health issues for the whole society to work with, she says.

- The pandemic has also clearly shown that living conditions are decisive for the vulnerability of pandemics.

Low level of education, certain occupational groups and the number of people living in a household are factors that are directly linked to the risk of developing covid-19.

He was previously director general of the Swedish Institute for Infectious Disease Control.

The government extended Carlson's appointment somewhat as the work of finding a successor dragged on.