Three companies in the Volvo owner Geely's group are owned via the controversial tax havens Cayman Islands and British Virgin Islands. Something that gets criticism from Member of Parliament Ola Möller (S), - I think it is deeply problematic that owners of Swedish companies choose to invest in tax havens, says Ola Möller, who has previously been involved in issues of tax havens. 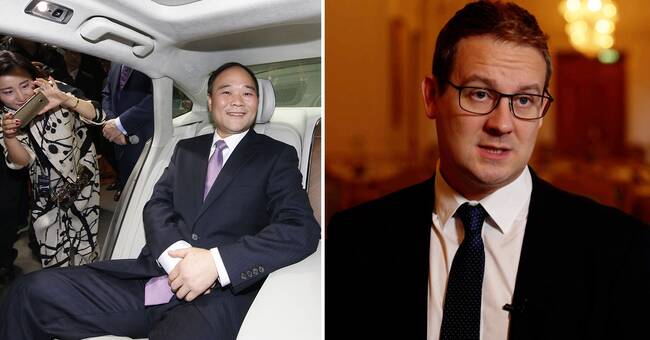 Three of the companies, all controlled by Geely's and Volvo's principal owners Li Shufu, are registered in controversial tax havens.

Volvo and Geely's sister company Geely Automobile Holdings are listed on the Hong Kong Stock Exchange but the company is registered in the tax haven Cayman Islands.

British territory is ranked as the most problematic in the tax haven world.

But the Cayman Islands are not the only tax haven that Li Shofu has chosen to invest in.

Li Shufu controls his ownership in Geely Automobile via the company Proper Glory Holding, where he is the largest owner.

In the annual report to Geely Automobile, it appears in one of the footnotes that Proper Glory is registered in the British Virgin Islands.

Proper Glory is in turn owned by two companies, Volvo's Chinese parent company Zhejiang Geely Holding (where Li Shufu is the largest owner) and Geely Group Limited - which is also registered in the British Virgin Islands.

That company is owned by Li Shufu, his older brother and one of the group's CEOs.

Volvo Cars made an operating profit of approximately SEK 13 billion for the first half of this year.

At the same time, the car company has received a total of around half a billion kronor in government so-called layoff support during the pandemic.

Ola Möller believes that it is extra problematic with unclear ownership structures when it comes to tax money.

- When you have received public support, it is extra important that you are always fully transparent all the way back.

Tax money that we have paid to Volvo may end up with the Chinese state.

We know nothing about it, says Ola Möller who does not want to dissuade potential buyers from investing in Volvo.

- I do not intend to say that those who invest in a Swedish fine industrial company like Volvo are wrong.

Ola Möller thinks it is deeply problematic that owners of Swedish companies choose to invest in tax havens.

- It is also problematic that it is Chinese companies where we have a doubt about who owns it in the end, says the S-member, who has previously been involved in issues of tax havens.

Looking for the main owner

SVT has searched for Li Shufu without result.

However, Geely Sweden's press contact writes in an email that “as a multinational group of companies operating across large parts of the world, we always follow the laws and regulations that apply in each market.

We also have a clear and transparent process around this ”.

Here is the whole of Geely Sweden's answer:

“As a multinational group of companies operating across large parts of the world, we always follow the laws and regulations that apply in each market.

We also have a clear and transparent process around this that can be followed via regulatory announcements, general meetings and financial reporting for our respective companies.

In all markets and for all companies in the Group, we have full approval from financial and tax authorities and international organizations regarding our operations and financial transactions.