Tekniska verken wants to build a wind farm in Kolmården

The Tekniska verken Group, which is owned by the municipality of Linköping, wants to build a wind farm with 15 wind turbines in Kolmården, north of Norrköping. Today, the first of two consultation meetings was held in Sjövik Church in Krokek. 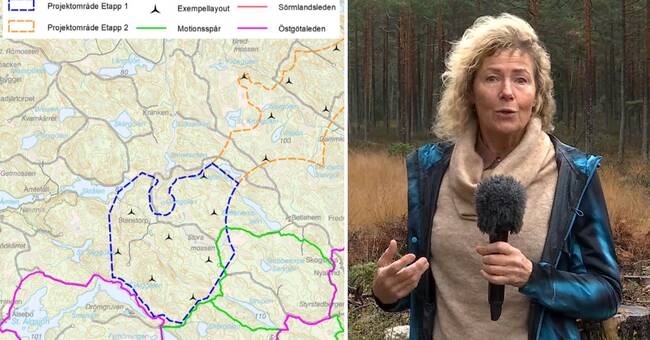 The area where the park is planned has the project name Jättebergen and is located just north of Lilla Älgsjön, west of the E4 route through Kolmården.

- I do not like it at all, says Maria Morberg, the association Bevara Kolmårdsskogen.

- Here it is in the municipality's general plan that they want this as a priority area for wind power, says Henrik Valent, business unit manager at Tekniska verken.

The wind turbines will have a maximum height of 260 meters and the project is intended to be divided into two stages;

Hear more in the video above.