Queen Letizia, finally without a mask

This Tuesday, the Francisco Cerecedo Journalism Prize was awarded, which in its 36th edition has gone to the American journalist, historian and writer Anne Applebaum for ... 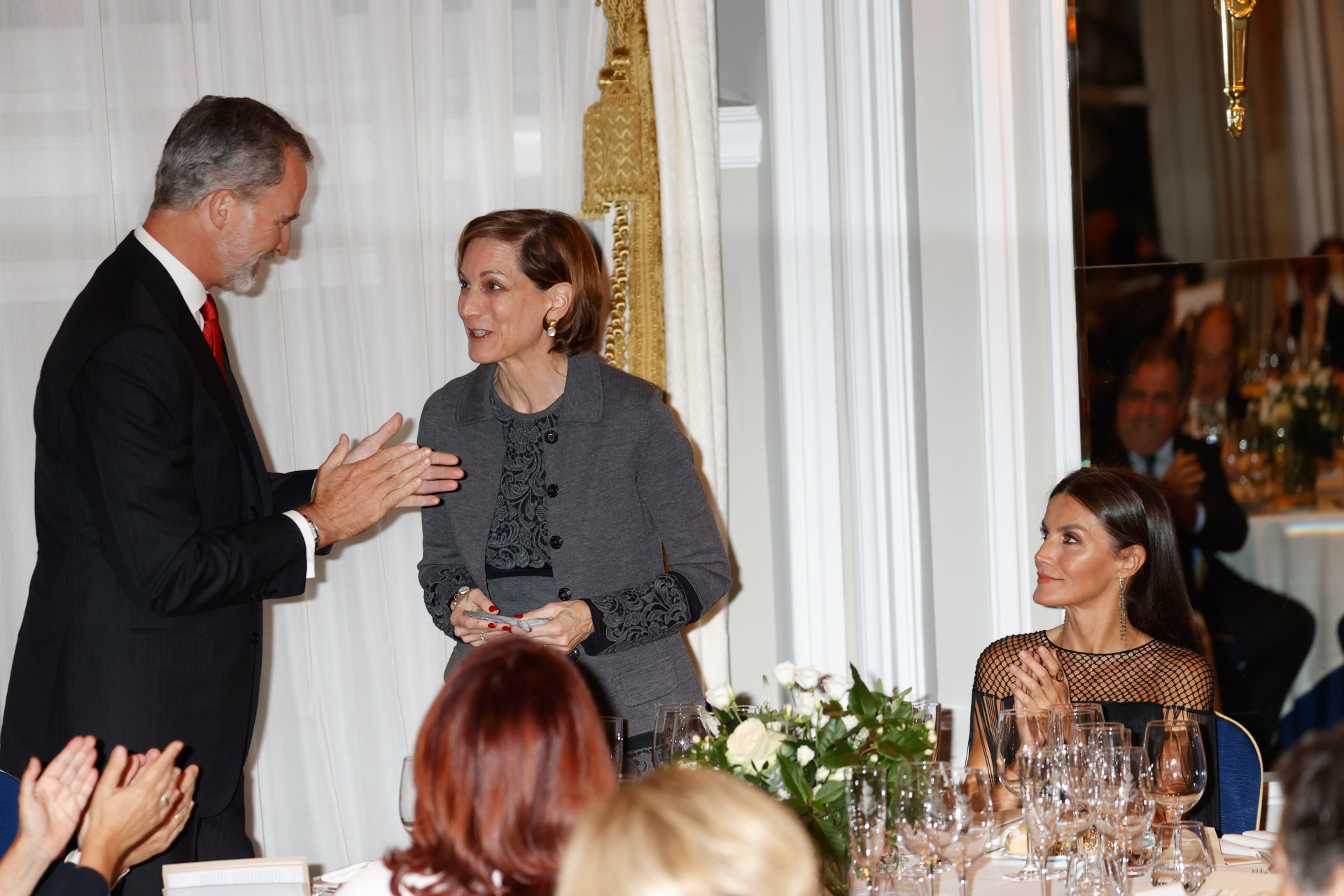 the Francisco Cerecedo Journalism Prize was

which in its 36th edition has gone to the American journalist, historian and writer

for her research work on authoritarianism and new populist phenomena.

The event, which took place at the

in Madrid, was attended by Queen Letizia and King Felipe, who in his speech claimed

and rigorous, refined and verified information as antidotes to combat falsehoods, propaganda, simplification and accelerated immediacy.

"The values ​​that she represents are extremely necessary and she has defended them throughout her career and continues to do so, despite the consequences she has had to face," said the Monarch about

an American journalist who he won the Pulitzer Prize in 2004, and with whom Doña Letizia chatted animatedly during the dinner that took place in the so-called Royal Room of the Ritz and in which the assistants removed their masks.

Thus was one of the least seen photographs in recent months: that of the

Queen with her face completely uncovered.

Because even when she gives a speech, Doña Letizia keeps the mask on, as happened, for example, at the Complutense University last September, when she

spoke to the students

of the center after she was named an honor student of said university.

Doña Letizia, during her speech at the Complutense University.GTRES

You have to go back to the

to find a picture of the consort in which you can see her smile.

The Kings traveled through different parts

of the Spanish geography

after the lifting of the state of alarm to support different social sectors and promote inland tourism, since the limitations imposed by the pandemic made it difficult to spend holidays like those of other years.

in which Don Felipe and his wife toured the different cities, both went without a mask, being

and with the appropriate safety distance.

The Queen, in another moment of the act.

There is an act, however, in which the Queen also dispensed with the mask.

during the official visit of the President of

, in whose honor a lunch was held in which, obviously, Doña Letizia dispensed with her mask.

However, there was no press at that event, so the images that exist are those provided by the Royal House itself.