Keys stolen to generate Green Pass, alarm in the EU

It is not known at the moment the number of codes stolen or if the problem also concerns Italy, even if investigations are in progress. It would have already been decided to cancel all passes generated with those keys 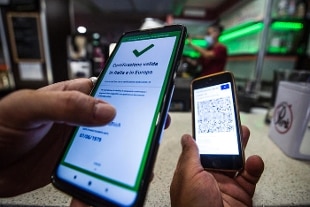 27 October 2021 Some keys that allow the generation of the European Green pass would have been stolen and with them programs to create fake certificates would have been published and disseminated online.

It is learned from qualified Italian sources according to which it has already been decided to cancel all the passes generated with those keys.

In addition, a series of meetings at European level between all the technical stakeholders involved would be scheduled in the morning for an in-depth analysis of the situation.

The number of stolen codes is not known at the moment, nor whether the problem also concerns Italy, although investigations are underway.