Saman Abbas disappeared on April 30 from Novellara (Reggio Emilia). She was believed to have been killed by relatives because she opposed forced marriage to a 10 year older cousin. The prosecutor of Bologna investigated 5 people and arrested the cousin &nbsp; 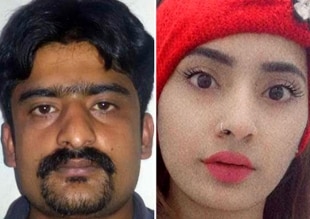 October 27, 2021The decision on the request for extradition to Italy of Danish Hasnain will be decided on November 24th, in the court of appeal in Paris. It is the Uncle of Saman, the girl of Pakistani origin who disappeared on 30 April, no traces of her have been found, despite the intense searches of the police in the countryside of Novellara, in the province of Reggio Emilia. Uncle - who has always declared himself a stranger to the accusations - is under investigation for kidnapping, injuries and murder.

Last week, the Chambre de l 'Instruction of the Paris Court of Appeal accepted the request of the man's defense, who had asked for more time and had opposed the request for extradition. Today, the decision of the courthouse

The investigation into the Uncle and the arrest in France

The military of the Reggio Emilia Carabinieri investigative unit discovered that Danish Hasnain, his uncle and Nomanulaq Nomanulaq, his cousin still on the run, were in contact.

The military, analyzing the fake profiles on social media used by Hasnain in these six months of inaction, were able to collect useful information to determine the position of the other fugitive cousin, who would be in Paris.

For this reason they decided to make a trip to France for a few days.

Danish Hasnain, considered the key man in the whole story and for investigators the material perpetrator of the alleged crime of Saman Abbas, was arrested on 22 September in the Parisian suburbs.