"Not welcome": Peskov called the closure of the borders of the constituent entities of the Russian Federation due to COVID-19 as the last measure

The Russian authorities do not plan to introduce travel bans during non-working days, Dmitry Peskov said. Also, the press secretary of the President of the Russian Federation called "absolutely the last measure" to close the borders of the regions. According to him, this is "not welcome." At the same time, the Federation of Independent Trade Unions of Russia spoke in favor of the introduction of compulsory vaccination against COVID-19 in the country. Meanwhile, Vladimir Putin, speaking at the East Asia Summit, announced Moscow's desire to ensure non-discriminatory access to vaccines. The head of state also indicated that the Russian side is ready to continue providing coronavirus tests to other countries free of charge. 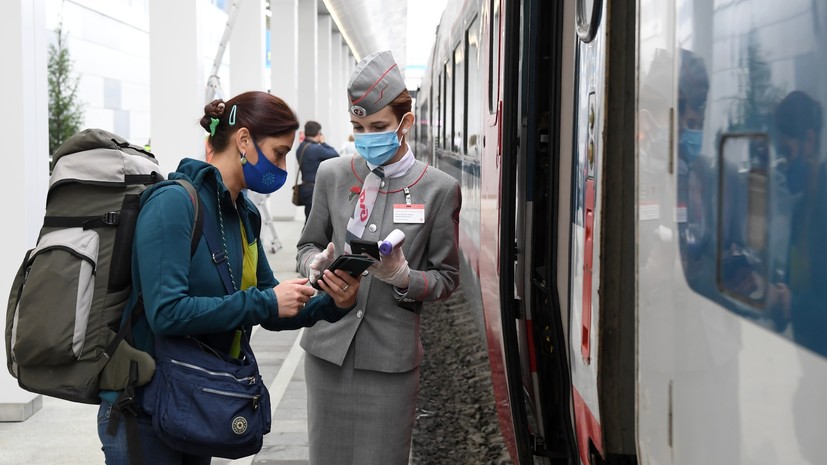 At the same time, he stressed that the authorities are not going to introduce a ban on the movement of citizens between regions on non-working days.

“Epidemiologists express concern that many people have chosen to travel and travel.

The epidemiological consequences of this are possible.

But on the other hand, it is not prohibited, no prohibitions have been introduced in this regard, and it is not planned to be introduced, ”Peskov said.

According to him, the closure of the borders of the constituent entities of the Russian Federation is "absolutely the last measure", which is "not welcome".

On October 20, Vladimir Putin signed a decree establishing non-working days in Russia from October 30 to November 7, with the preservation of wages.

At the same time, the heads of the regions are allowed, at their discretion, to make decisions on the early introduction or extension of this regime, taking into account the current situation on the ground.

So, in Moscow, the period of long days off is set from October 28 to November 7.

During this time period, only pharmacies, grocery stores and remote services will operate in the capital, while theaters and museums can operate on the condition of using a QR code system, protective masks and a maximum of 70% occupancy.

In addition, it is prohibited to hold any mass events, and vacations are announced in schools and kindergartens.

As reported by Vedomosti on October 27, dozens of stores in the capital, selling mainly alcohol, received notice of the suspension of work for the period of non-working days. Later, this information was confirmed to the Izvestia newspaper by the press secretary of the Moscow Department of Trade and Services, Taras Belozerov, stressing that we are talking about alcohol stores, the range of which consists of more than 70% of alcoholic beverages. At the same time, representatives of the Red & White and VinLab stores in a conversation with RIA Novosti said that their restrictions were not affected, they will continue to work according to the standard schedule.

Answering the question of whether Vladimir Putin regrets the absence of foreign travel, the Kremlin spokesman pointed out that the pandemic and the epidemiological danger create the reality in which the President of Russia has to live: “Of course, face-to-face contacts are always better, but there are real conditions in which we live. "

Earlier it became known that the Russian leader will not go to Glasgow, Scotland for the United Nations Climate Conference (COP26).

At the same time, on October 13, Vladimir Putin, speaking at a meeting of the Russian Energy Week international forum, answering the question of whether he is afraid of contracting COVID-19 on a trip, emphasized that “it's not about his health, but the health of more than a hundred people who accompany him. "

“This is a large number of people who endanger their health.

In this regard, there is something to think about, ”the president explained.

In Russia, it is necessary to introduce compulsory vaccination against coronavirus infection.

This opinion was expressed by the head of the Federation of Independent Trade Unions of Russia (FNPR) Mikhail Shmakov at the forum "The Future of Labor in Russia".

In his opinion, refusal to participate in the vaccination campaign against the background of an increase in the incidence and deaths from COVID-19 lead to an emergency situation in the Russian Federation.

“Back in June, we issued such an appeal, in which we urge all employers and employees to comply with all recommended epidemiological measures, to be vaccinated for everyone. But there was also an appeal that this was all voluntary. There comes such a moment, from voluntariness it is necessary to move to the compulsory vaccination, because this is already threatening the human population in our country, "TASS quotes him.

Earlier, the Russian Union of Industrialists and Entrepreneurs (RSPP) and the FNPR called on the Russian government “to make a decision on compulsory vaccination of the entire adult population in accordance with the recommendations of Rospotrebnadzor, with the exception of citizens who have contraindications to prophylactic vaccination against COVID-19, and also have the required level of antibodies, in order to prevent the further spread of coronavirus infection and continue to restore the pre-pandemic level of economic and labor market development. "

On October 27, the president of Delovaya Rossiya, one of the largest associations of entrepreneurs in the country, Pavel Titov, in a conversation with RIA Novosti, spoke in favor of total COVID-19 vaccination.

"Russia is committed to mutual recognition of vaccines"

During his speech, the head of state proposed to establish, under the auspices of the East Asian summit, a regional cooperation mechanism in the fight against the coronavirus pandemic.

According to him, Moscow will soon submit specific considerations on this matter through expert channels.

“Russia seeks to make a real contribution to solving the problem of ensuring free and non-discriminatory access to vaccines against COVID-19 for citizens of all states.

We are in favor of developing a procedure for the mutual recognition of vaccination certificates, without which, under current conditions, it is practically impossible to ensure the unhindered movement of citizens of our countries across the region, "Putin said.

The head of state called it logical that the summit is focused on the topic of combating the pandemic and overcoming its consequences, as well as on the implementation of the joint statement on cooperation on the anti-epidemic track adopted at the initiative of the Russian side at the previous meeting. He added that Moscow is ready to exchange experience with interested countries on practical issues of infection control. In addition, the Russian side does not exclude the expansion of the training program for epidemiologists from the ASEAN states on the basis of the Vladivostok Center for the Study of Biological Security Problems in the Asia-Pacific Region.

“Russian drugs, primarily Sputnik V, have been approved for use in 70 countries and are supplied to more than 50 countries.

We are grateful to many partners from the Asia-Pacific region for their joint work to localize vaccine production.

We will continue to provide Russian test systems and reagents for the diagnosis of coronavirus, including free of charge, ”added the President of the Russian Federation.