"Actions of a sexual nature": a teacher from Nizhny Novgorod was arrested on suspicion of pedophilia

In Nizhny Novgorod, a 36-year-old teacher of kindergarten No. 298, suspected of pedophilia, was detained. The parents of his pupils turned to the police after the children talked about the harassment by the teacher. The number of those who reported harassment continues to grow - the parents of the injured children told RT that the children were silent for a long time, since the teacher asked to keep what was happening a secret. 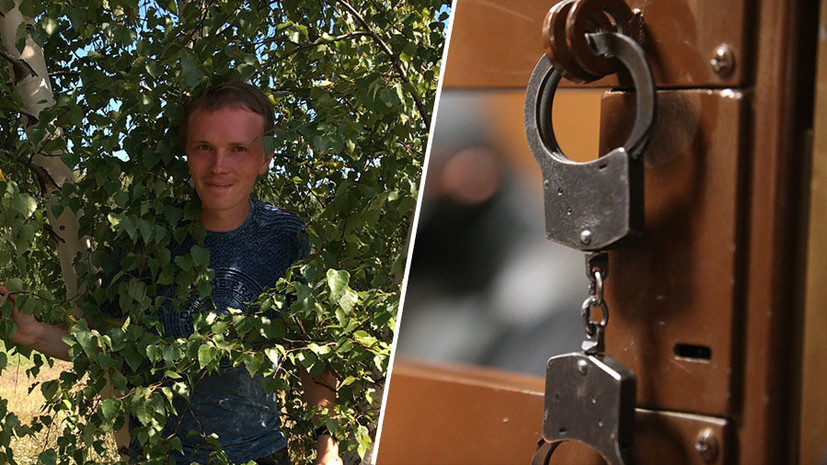 In Nizhny Novgorod, kindergarten # 298 teacher Andrei Fomichev was arrested on charges of pedophilia.

Several of his pupils confessed to their parents that Fomichev committed acts of a sexual nature against them - he touched intimate places during quiet hours, forced them to take off their underwear and asked them not to tell adults about what was happening.

As reported in the Nizhny Novgorod department of the Investigative Committee, a criminal case was opened against the man under paragraph "b" of Part 4 of Art.

132 of the Criminal Code of the Russian Federation (other actions of a sexual nature committed against a person under the age of 14).

"According to the investigation, the suspect, while working as a kindergarten teacher, repeatedly committed other sexual acts in relation to young children," the ministry said in a statement.

It is also noted that the man admitted guilt in committing the incriminated acts.

The arrest of a 36-year-old educator who has worked with children for the past 14 years shocked the parents of his charges.

Before that, they knew Fomichev as a professional teacher and a good coach - in his free time in kindergarten, he played football with the children at the Radiy sports school, and in the summer he spent camp shifts there.

The woman went to the police, and soon two more victims came to the Ministry of Internal Affairs with similar statements.

Subsequently, parents, who took their children to a summer football camp, where the teacher worked, also learned about the harassment from Fomichev.

The mother of one of the injured children, Valentina (the name was changed at the request of the heroine), told RT that the smallest children, from four to seven years old, were engaged in the squadron of the football camp, where Andrei Fomichev worked as a junior coach.

The woman learned that the coach was accused of sexual harassment from a friend who took her child to kindergarten # 298.

“My child suffered from the actions of this teacher when he attended a summer football camp,” says Valentina.

- When mutual acquaintances told me about the situation in the kindergarten group, I had a conversation with my child.

First, he explained that they [with Fomichev] had agreed that it was “their little secret,” which the parents did not need to know.

I asked the child to tell me what the secret was, which I don't know about the days when he was in the camp.

The child made a reservation that the teacher's behavior was "a little strange."

For this "strange" I got hooked, and in the end my son told me about the harassment. "

The woman noted that the exact number of children affected by Fomichev's actions remains unknown.

However, according to her, hundreds of children could become victims of the teacher's sexual harassment.

Summer football camps with the participation of Fomichev were held for many years in a row, in each shift there were at least 15 children.

“This is a delicate topic, but over all these years, at least 500 children could have suffered,” says the interlocutor of RT.

“It has now become clear that harassment on his part has been around since the time when he just started working in kindergarten.”

For example, Valentina explains, the eldest son of her friend went to Fomichev for football training.

When it became known about the harassment, the boy admitted that he also went through it.

“The child was in the first edition of the sports camp at Radia, and that was several years ago,” the woman says.

However, not everyone believes that the teacher could pester his wards.

Alexandra (the name was changed at the request of the heroine) met Andrei Fomichev as a kindergarten teacher, which her daughter attended.

The woman insists that Fomichev has always worked as a professional, passionate teacher.

“We graduated from him three years ago.

I have a daughter.

I am very pleased with Fomichev's work, my daughter was always happy to go to kindergarten.

And I saw how children, including boys, stick to him, don't want to go home.

If he had done something illegal, the children would not have treated him like that, ”the woman said.

The interlocutor of RT added that she also talked with other parents, including those who took their children to Fomichev for training.

According to Alexandra, none of them heard from their children about the abnormal behavior of the former coach.

“I will not say a word against Andrei Sergeevich, for as an educator I admire him.

And without irrefutable evidence I will not believe that he could do something like that, ”the woman concluded.

After Fomichev was accused of sexual harassment of minors, the Radiy sports school, where the man taught football for many years, removed his name from the site.

The old version of the page can still be found online.

School director Ivan Tatarintsev told Ren TV that the management of the sports organization had not previously recorded any complaints about the coach - he allegedly simply rented a hall near the school where he conducted paid classes with children, and also participated in the summer shifts of the sports camp.

The mother of the child who suffered from the actions of Fomichev, Valentina, believes that the sports school has chosen a "convenient position" and is trying to disown its teacher and the accusations against him in order to avoid a scandal.

“As a parent, I brought my child to a public school, where people who are allowed to work undergo medical examinations, methodologists work with them to check their pedagogical activities.

And I have no doubts that a person who is competent cannot afford this in relation to children, ”the woman emphasizes.

Alexei, a former colleague of Fomichev at work at Radia, told RT that Andrei always gave the impression of a good teacher and coach, and when communicating with him, other school employees did not notice any oddities.

“Fomichev and I worked together at the Radiy sports school five years ago, he came there before me.

He gave the impression of an ordinary, absolutely adequate person who tries and works.

So when I found out what he was accused of, I was, of course, in complete shock.

True or not, I do not know, but for this person and for live communication with him, I would never say that he is capable of such things, "said the interlocutor of RT.