This deserves a street maker

Salaries for the vital professions have been a subject of discussion for years. But exactly how high (or low) are the wages for these positions? This week we take a closer look at the salaries of street workers. 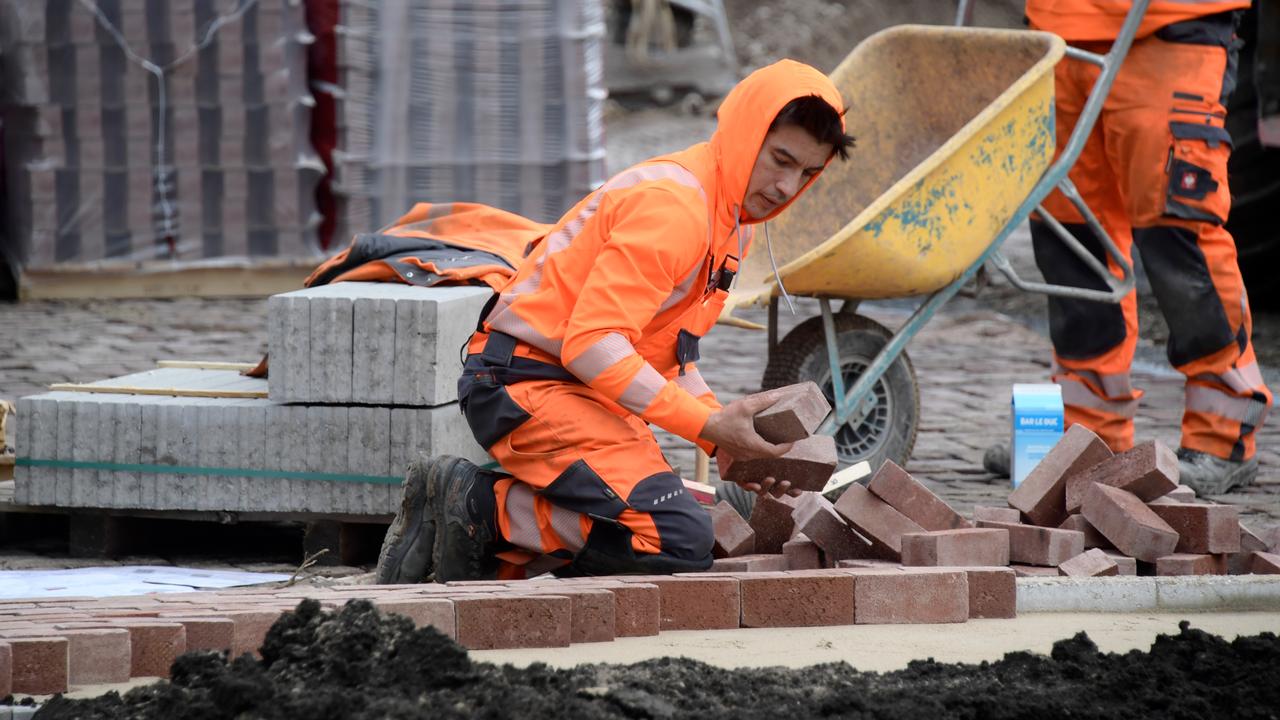 Salaries for the vital professions have been a subject of discussion for years.

But exactly how high (or low) are the wages for these positions?

This week we take a closer look at the salaries of street workers.

Physically, they have one of the toughest professions out there: pavers.

Without them, towns and cities would look very different.

Every day we walk over their work.

But what do they actually get paid for that?

What do you earn if you are just starting out?

There are a number of functions in the pavement, explains Hans Crombeen, director at FNV Bouwen en Wonen and first negotiator for the collective labor agreement for Construction & Infrastructure.

The lowest paid positions are those of opperman and paver II.

A foreman ensures, for example, that the sand is in the right place and that the stones are delivered - in other words: that the paver can continue to work.

A paver II does the simple paving work and is often supervised by a paver I. The opperman and paver II fall under wage group B and are paid a minimum of 15.38 euros gross per hour.

Calculated over to four full-time weeks, that amounts to 2,460 euros gross per month.

“When you're 23, you're basically already earning the final pay you'll earn if you stay in that position, unless you're able to negotiate something extra.”

A paver I must be able to perform all work in the paving sector and is paid a minimum of 17.49 euros per hour (2,798 euros per four weeks).

There is also a foreman who directs the group and also contributes to the street.

According to the collective labor agreement, he earns at least 18.36 euros per hour (2,938 euros per four weeks).

It doesn't matter whether you're just starting out or already have a lot of experience: everyone gets the same basic hourly wage.

Crombeen: "That is quite confrontational. When you are 23 you actually already earn the final salary that you will earn if you remain in that position, unless you are able to negotiate something extra."

How do you take steps?

More is of course always possible.

And according to Crombeen, that happens very often in practice, in the form of a so-called performance bonus.

"That is generally a personal allowance that you have negotiated with your employer and that is a fixed part of your salary," says Crombeen.

"As you gain more experience and become more valuable to your employer, you can get up to 25 percent salary on top."

What is the highest achievable salary?

If you are road worker I and have managed to arrange a performance bonus of 15 percent, you will arrive at a four-week wage of 3,218 euros.

If you work in the west of the country, the chance of a higher salary is somewhat greater than in the north, says Crombeen.

In the north, wages are often somewhat lower.

Are there any extras?

In addition to 25 vacation days, street workers have twenty atv days per year under the collective labor agreement.

There are relatively many.

There are hardly any allowances.

Street workers do not usually work irregularly, so they cannot claim an irregularity allowance.

In construction, travel time is often reimbursed if it exceeds one hour per day, but because pavers almost always work very locally, they are not eligible for this either.

There is, however, a so-called time savings fund, in which your holiday allowance is deposited at 8 percent, plus an amount for the holidays that you do not take.

"This system has been almost canonized by construction workers," Crombeen says.

"They really don't want to get rid of that. It's an ideal piggy bank."

Since 1 January, there has also been a heavy work scheme in the construction industry, which allows employees to retire with benefits up to three years earlier under certain conditions.

What are the challenges of the profession?

The work is heavy, which means that most employees become incapacitated for work before the age of sixty.

But getting out of the physical work isn't that easy, says Crombeen.

"You can have yourself retrained as an implementer. He no longer lays bricks himself, but supervises projects. The problem is that we only need a limited number of implementers."

However, more and more mechanical paving is used.

"The Inspectorate for Social Affairs and Employment no longer accepts that large areas of paving are laid by hand. As a result, companies are encouraged to invest in somewhat more expensive paving machines."

For street makers themselves, that takes some getting used to, says Crombeen.

"They have learned that the best work comes from under your hammer and suddenly they have to learn how to operate that machine."

Also read at Intermediair: 'Higher educated is not always better on the labor market'