Slight climate promises lead to a temperature increase of 2.7 degrees

The national climate goals are not sufficient to achieve the Paris Agreement, writes the UN Environment Program UNEP in its latest report. - The heat is on, and as the content of this report shows, so is the leadership needed, says António Guterres, UN Secretary-General. 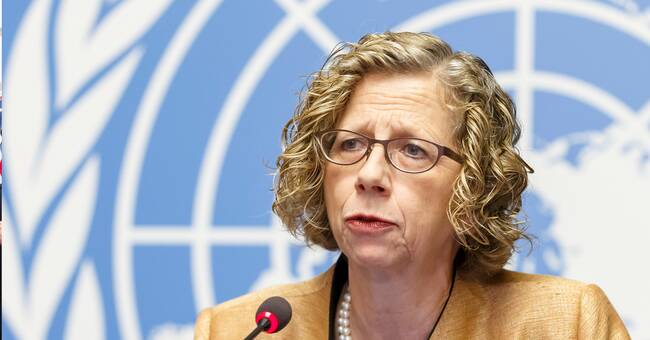 The report from UNEP, which was released on Tuesday, states that the current national targets would only reduce carbon dioxide emissions by 7.5 percent by 2030. To reach the set 1.5 degree target, emissions must be reduced by 55 percent.

If countries do not succeed in improving their climate promises, the world looks set to move towards a warming of 2.7 degrees this century.

- The heat is on, and as the report shows, so is the leadership needed, says António Guterres, UN Secretary-General, who described the report's results as a "thunderous alarm clock" for world leaders.

But real measures for a net zero emission can slow down the situation, UNEP states, and reduce warming by 0.5 degrees to a total of 2.2 degrees instead.

"No longer a future problem"

- Climate change is no longer a future problem, it is a problem now.

To have a chance to limit global warming to 1.5 degrees, we have eight years to halve emissions.

Eight years for us to plan, implement policies, implement them and finally deliver the cut.

The clock is ticking, says Inger Andersen, CEO of UNEP, who produced the report.

Ahead of the Glasgow climate summit, only half of the countries have submitted plans to reduce their emissions, the UNEP report shows.

Many countries that are responsible for large emissions, such as China and India, have not presented any plans at all.

While other countries such as Russia, Brazil, Australia and Mexico have presented such weak plans that there is no improvement at all compared to their Paris promises in 2015.

Reduced emissions during the pandemic

During the pandemic, global emissions decreased by 5.4 percent in 2020, but in 2021 they are expected to rise to a level that is only slightly lower than the record level in 2019.

And the report shows that few countries have used the financial rescue packages after the pandemic so that they both stimulate the economy but also support climate action.

Only about 20 percent of the investments made up to May 2021 will probably reduce greenhouse gas emissions.