Seeing and Heard of Lanzhou City under Unconventional Measures: At this time silent is better than sound

(Fighting against New Coronary Pneumonia) Lanzhou City under unconventional measures: Silence is better than sound at this time   China News Service, Lanzhou, October 26 (Reporter Feng Zhijun) In order to strengthen the prevention and control of the epidemic, Lanzhou, the capital of Gansu Province, which has been affected by the new round of the new crown epidemic, announced on the 26th that it w 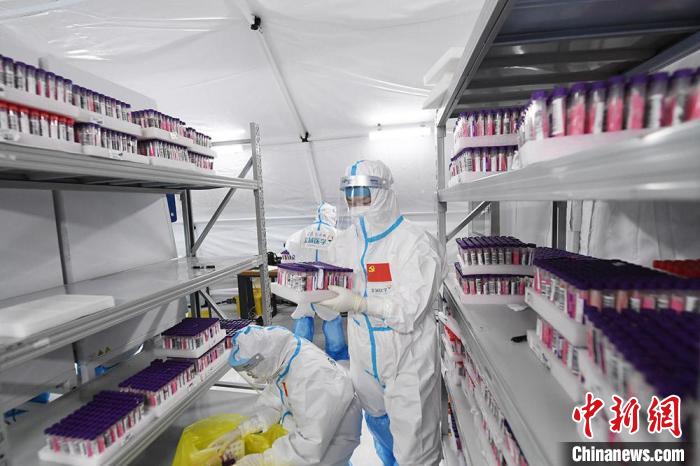 (Fighting against New Coronary Pneumonia) Lanzhou City under unconventional measures: Silence is better than sound at this time

China News Service, Lanzhou, October 26 (Reporter Feng Zhijun) In order to strengthen the prevention and control of the epidemic, Lanzhou, the capital of Gansu Province, which has been affected by the new round of the new crown epidemic, announced on the 26th that it will implement closed management of residential communities with immediate effect.

This will make the city of Lanzhou, which has been gradually "desolate" in recent days, quieter, but the various measures of "silence is better than sound" will undoubtedly make the residents' hearts warmer and more secure.

In the past few days, Lanzhou has continued to upgrade various epidemic prevention and control measures.

Once ridiculed as a "traffic jam city", the main traffic flow of the local main urban road is sparse, and the yellow river style line with woven people in the past is rarely seen. Busy commercial districts usually choose to close their doors for epidemic prevention.

This "suddenly deserted" city is hard to find the ordinary "smell of fireworks", which is like the deserted and lonely sky of people going to the city every year before and after the Spring Festival.

Recently, a group of five-cabin-in-one "Falcon" dura mater laboratory was put into use in Lanzhou.

According to the latest statistics from Gansu officials on the 26th, since the first case of a nucleic acid test in Gansu appeared on October 18, there were 51 confirmed cases as of the 25th, of which 39 were confirmed in Lanzhou.

Since the outbreak of the epidemic, Lanzhou has organized 21,000 government officials to the communities where they live, and organized 1,000 patrols with existing community workers and volunteers. They walk around the streets with trumpets every day to persuade surrounding people not to go out at home. Try to make the whole city "quiet".

In the management of enclosed and controlled communities, services such as purchasing daily necessities on behalf of residents are provided to "isolate and fight the epidemic, but not to isolate warmth."

In the past few days, Lanzhou West Railway Station has carried out "carpet-style" killings to ensure the safety of passengers.

On the 26th, the main urban area of ​​Lanzhou opened the third round of nucleic acid testing.

Since the beginning of the epidemic, the government has urgently deployed more than 100 relatively fixed nucleic acid testing sites. At one time, there was crowded and disorderly. Then there were not only testing sites all over the city and everywhere, but more of them were organized by various communities. The “home inspection” not only avoids the risk of crowds, but also provides convenience for office workers who work from home.

"Compared with the chaotic situation of long queues and crowds in the first round, the second and third inspections are organized and scientifically reasonable." Wei Li, a post-90s office worker in Lanzhou, received the third nucleic acid test on the 26th. Said that the order is orderly and the efficiency has been greatly improved, which shows Lanzhou's rapid error correction ability, and the level of urban management has jumped to a new level. I hope that everyone can calmly cooperate and believe that the epidemic will pass soon.

On October 26, the Gansu Provincial Hospital of Traditional Chinese Medicine provided Qihuang Biwen Decoction for free drinking in the public area of ​​the hospital.

Zhang Hao, deputy director of the Gansu Provincial Health Commission, said on the 26th that Gansu will continue to use big data assistance and "house by house" investigation to strengthen the control of key populations and key areas.

Lanzhou people start their day with a bowl of beef noodles. This bowl of noodles became a "model" for the resumption of work and production during the war epidemic at the beginning of last year.

This bowl of noodles, which Lanzhou people generally "just need" on weekdays, has become a "pioneer" at the beginning of the fight against the epidemic, launching a "relay race" with free meals, attracting more than a dozen beef noodle brand shops to participate in it. Da Dan’s "anti-epidemic angel" delivered a bowl of steaming beef noodles.

Since the outbreak of the epidemic, several residential communities in the main urban area of ​​Lanzhou have been designated as closed areas, which have become the focus of attention from the outside world.

For such a low-key and luxurious "catering", the local people are very applauded.

In recent days, the prices of some vegetables in Lanzhou, which has been shrouded by the epidemic, have risen sharply, causing widespread concern.

In order to ensure sufficient supply of single products, the government continued to import thousands of tons of vegetables. While strengthening the supply of daily necessities such as grains, oils, vegetables, meat, eggs, milk, etc., it continued to implement “reduction of prices for retail pharmacies, commercial supermarkets, bazaars, and other business entities. Net-style" supervision and inspection.

In the eyes of a Lanzhou media person, in the recent past, this unusual quietness is a conscious choice of this city during a special period, and it is also a firm consensus reached by everyone to guard the normal operation of this city in their own way.