Saida Hussein (S) on the fatal shooting: "Parents should not bury their children"

In March 2020, a 16-year-old boy was shot to death in Länsmansgården and a girl in her teens was shot. Saida Hussein (S) is a deputy in the municipal council and knew the boy who lost his life. - As a parent, you should not have to bury your child, you should raise the child as best you can, she says. 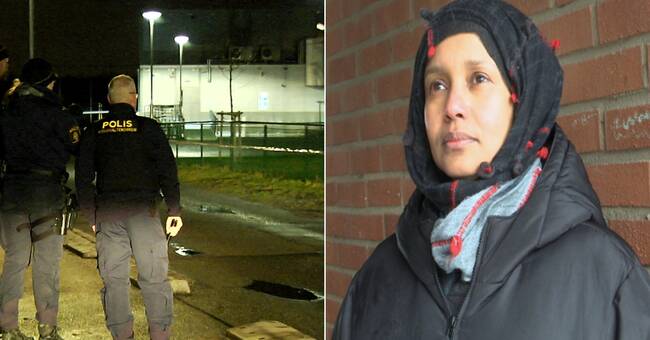 It was 22.14 on Wednesday evening when police were alerted to Länsmansgården in Biskopsgården.

Two injured people were found at the scene, they were both taken to hospital but at midnight the police announced that a 16-year-old boy had died from his injuries.

"Parents should not bury their children"

During the day, a memorial service was held at the boy's family.

One of those present was Saida Hussein (S).

- I have known him since he was little and I have driven him to football matches.

Parents should not have to bury their children, they should raise them, she says.

How do you view the development in Biskopsgården, there have been several fatal shootings before?

- We have become tired of crime here, which is why we have committed mothers who walk at night every night.

The boy's mother was one of those who was committed to making the district safer, says Saida Hussein (S).

"Should invest more in young people"

Saida Hussein has for many years worked to reduce segregation and improve conditions for living in Biskopsgården.

- Right now, politicians are only cutting back on schools and leisure centers and it will be difficult for young people, she says.

You are a member of the municipal council, what should you do so that this does not happen again?

We should not bury our young people, she says.