At the request of President Steinmeier, Angel Merkel will continue to lead the government until the election of the new chancellor. Meanwhile, his mandate ends 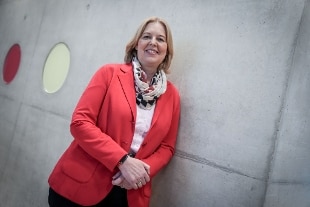 October 26, 2021 Social Democrat Baerbel Bas is the new president of the Bundestag.

So far number two of the SPD parliamentary group, she was elected by a large majority: 576 votes in favor out of 724, while 90 were against and 58 abstentions.

He succeeds Wolfgang Schaeuble, the longest-standing deputy in Germany (first elected in 1972), who returns to being a simple deputy.

Parliament greeted him with a standing ovation.

Fifty-three years old and originally from North-Rhine Westphalia, Bas first became a deputy in 2009, and has been at the top of the parliamentary group since 2019. If at the end of the negotiations for the formation of a 'traffic light' coalition (SPD plus Greens and liberals) Olaf Scholz is elected chancellor, the Social Democrats will occupy the three most important offices of the state: chancellery, presidency of the Republic (with Frank-Walter Steinmeier, which, moreover, aims at re-election) and the leadership of the federal parliament.

Baerbel Bas is the third woman in Germany to occupy the highest seat of the Bundestag. Before her, Annemarie Renger in the seventies and Rita Suessmueth in the nineties. Traditionally, it is the party with the largest parliamentary group that holds the presidency of the German parliament.

"Parliament is the place of multiplicity of opinions", said Schaeuble, "and this is even more important in light of the fact that in our society there is a tendency to decrease the willingness to support opposing points of view, even to accept the contradictory ". Federal President Frank-Walter Steinmeier begged outgoing Chancellor Angela Merkel to continue leading the government until the election of the new Chancellor. This was announced by the German bureau today. With the establishment of the new Bundestag and the election of the new president and his vice-presidents, the mandate of the chancellor of the previous legislature officially ends.

Merkel for the first time in the stands ofhonor

For the first time, Angela Merkel does not sit at the government bench: for the inaugural session of the new Bundestag, the Chancellor today took her place in the grandstand, next to President Steinmeier.

The plenary of the German parliament - never so numerous, with its 736 deputies elected in the federal elections last September 26 - opened with a speech by outgoing President Schaeuble, as the longest-serving member of parliament.