Fascist chants and anti-Semitic offenses on the Zoom platform. Eight under investigation for propaganda and incitement to crime for racial discrimination 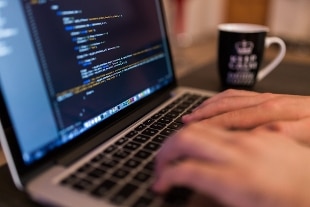 October 26, 2021The investigation started on January 26th, when on the occasion of the Day of Remembrance they illegally entered the streaming conference "Avoiding the meaning of the Shoah: collective memory and social rationality". From the beginning, the conference was disturbed by voices of several people praising the Duce, offenses against the Jewish people, complete with music typical of the Fascist period in the background. It was only the first episode, the Digos of Milan and the anti-terrorism have begun to trace and analyze the flow on the internet, until today: 8 search decrees against as many suspects for various reasons for abusive access to a system information, private violence, propaganda and incitement to commit a crime on the grounds of racial discrimination.The searches took place in several cities: Bari, Bologna, Brescia, Palermo, Rome, Turin, Trapani and Treviso. The investigations coordinated by the prosecutors Alberto Nobili and Francesco Cajani, of the Milan prosecutor's office.

The searches led the police to identify the users of the electronic devices subjected to seizure within different families: they are a 21-year-old and seven minors who interacted in a chat on Telegram called "zoommannari", in which they were shared hacking and cyberbullying actions. Almost all the young people involved, who do not belong to politically oriented groups, declared that they had made "a goliardic gesture", minimizing the consequences of their action.

The second online attack took place on 4 February last - always on the occasion of the commemorations for the Day of Remembrance - when the Municipality of Cinisello Balsamo (Milan) had organized three educational meetings aimed at middle and high school students, called to participate in the event via streaming: there too, during the videoconference various voices intervened with phrases praising the Duce and Hitler and insults against the Jews.