European stadium tour: pressure for Lazio, cup for Bayern Paris (AFP) . Italy: Sarri and Lazio under pressure Struck on Sunday on the lawn of Hellas Verona (4-1), Lazio is under great pressure when it receives Fiorentina on Wednesday. Only three weeks after another rout in Bologna (3-0), this defeat plunged coach Maurizio Sarri into immense perplexity. "At this stage, you have to wonder if we are really a great team," he said, unable to understand this 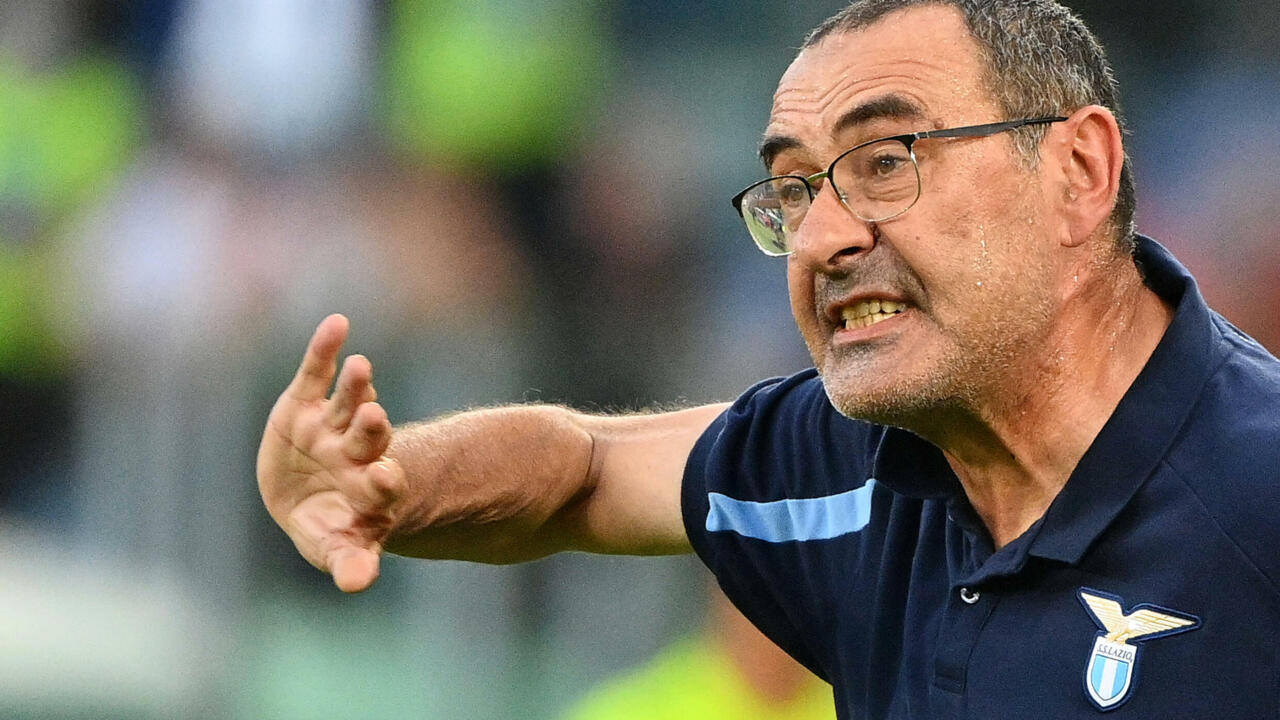 Italy: Sarri and Lazio under pressure

Struck on Sunday on the lawn of Hellas Verona (4-1), Lazio is under great pressure when it receives Fiorentina on Wednesday.

Only three weeks after another rout in Bologna (3-0), this defeat plunged coach Maurizio Sarri into immense perplexity.

"At this stage, you have to wonder if we are really a great team," he said, unable to understand this setback a week after the convincing success against Inter Milan (3-1).

To find an answer together, the whole team will remain in isolation at the training center until the match against Viola (7th), which is one point ahead of Lazio (8th).

Naples and AC Milan, the last undefeated teams and co-leaders since this weekend after the first points dropped by Napoli, will try to continue at the same pace at home: against Bologna (9th) Thursday for Lorenzo Insigne and his family and against Torino (12th) Tuesday for Zlatan Ibrahimovic and his gang, where Theo Hernandez, cured of Covid-19, should reappear.

Note that four coaches - and not the least - will follow the matches from the stands after being excluded this weekend: Luciano Spalletti (Napoli), José Mourinho (AS Roma), Simone Inzaghi (Inter) and Gian Piero Gasperini (Atalanta) .

Real Madrid and FC Barcelona players greet each other at the end of their meeting on October 24, 2021 at the Camp Nou stadium in Barcelona, ​​Spain.

After a crazy 10th day which gave rise to three changes of leader during a weekend punctuated by the clasico, La Liga is back to its cruising speed for the 11th day from Tuesday to Thursday.

No poster in perspective, but surprising opponents: after losing 2-1 to Real at Camp Nou, Barça will make the trip to the Spanish capital on Wednesday (19:00), to face a solid promoted, Rayo Vallecano (7th) … And could well take with him the French international Ousmane Dembélé, recovered from his right knee injury.

It will be just before Real Madrid's match (9:00 pm) against the equally surprising Osasuna, 6th, two small points behind the runner-up in the standings… Real Madrid (20 points).

Atlético Madrid, for its part, will travel to Valencia to face the poorly classified Levante, Thursday (9:30 p.m.) at the end of this 11th day.

Germany: place for the Cup

Difficult round in the German Cup for Bayern Munich!

Leader of the Bundesliga, imperial in the Champions League and ruthless in the first round of the Cup, the Bavarian ogre will find Wednesday (8:45 p.m.) on his way a first division opponent, Borussia Mönchengladbach.

The Bavarian players do not seem to suffer unduly from the absence of their coach Julian Nagelsmann, in isolation after a positive test for Covid-19: they have just spent four in Hoffenheim in the Bundesliga (4-0), after having inflicted the same price on Benfica Lisbon in the Champions League.

For M'gladbach, in the soft belly of the Bundesliga (12th) and author this weekend of a draw (1-1) against Stuttgart, the challenge will be to look good.

Alassane Pléa's teammates are almost certain to do better than the opponent of the Bavarians in the first round: Bremer SV, from the regional leagues, had lost ... 12-0.

Borussia Dortmund will have the opportunity on Tuesday (8:00 p.m.) to raise their head against Ingolstadt, a second division club.

Deprived of its star striker Erling Haaland, injured in the thigh, the Ruhr club was outclassed (4-0) in the Champions League by Ajax Amsterdam, before recovering by controlling Bielefeld (3-1) in championship.