The death of cinematographer Halyna Hutchins by a shot fired by actor Alec Baldwin last Thursday, during the filming of the movie Rust, has ... 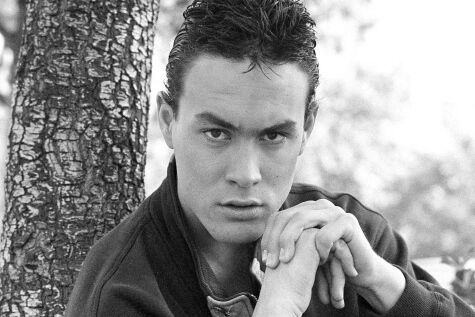 of the director of photography

by a shot fired by the actor

last Thursday, during the filming of the movie

, has shocked half the world and has caused Baldwin himself to have paralyzed all his activity due to shock suffered by this serious incident. An unfortunate and sinister event that has

of actor Brandon Lee, son of Bruce Lee, during the filming of the movie

The parallelism between both deaths has been so commented that

, Eliza Hutton, when he lost his life has

28 years after his death to speak loudly and clearly about what, in his opinion, happened at that time and how this new death should have been stopped.

In exclusive statements to

, Eliza has asserted that Halyna's death in New Mexico

could have been prevented

: "28 years ago, I was devastated by the shock and pain of losing the love of my life, Bandon Lee, for that nonsense. Now my heart is damaged again

thinking about the husband and the son

by Halyna Hutchins, and by all who have been touched in the wake of this preventable tragedy. "

In the same interview, Lee's fiancee, at the same time dared to make an important

to those responsible for the management of the filming to do everything in their power to avoid a catastrophe like this: "I urge people who are in a position to

to consider alternatives to real weapons on the sets."

This has not been Hutton's only gesture in memory of his late love.

During this week, he has

published an image on his

in which he appears with Brandon months before his death.

Specifically, it is a snapshot of October 1992 coinciding with

the day of their engagement.

Along with the image, Eliza wrote: "There is nothing like a prop gun", referring to the type of weapon that is used in this type of shoot.

A real or adapted weapon for firing blank bullets.

Lee and Hutton had