A great controversy was sparked by President Abdel Fattah El-Sisi's decision not to extend the state of emergency that has been in place in Egypt for years. 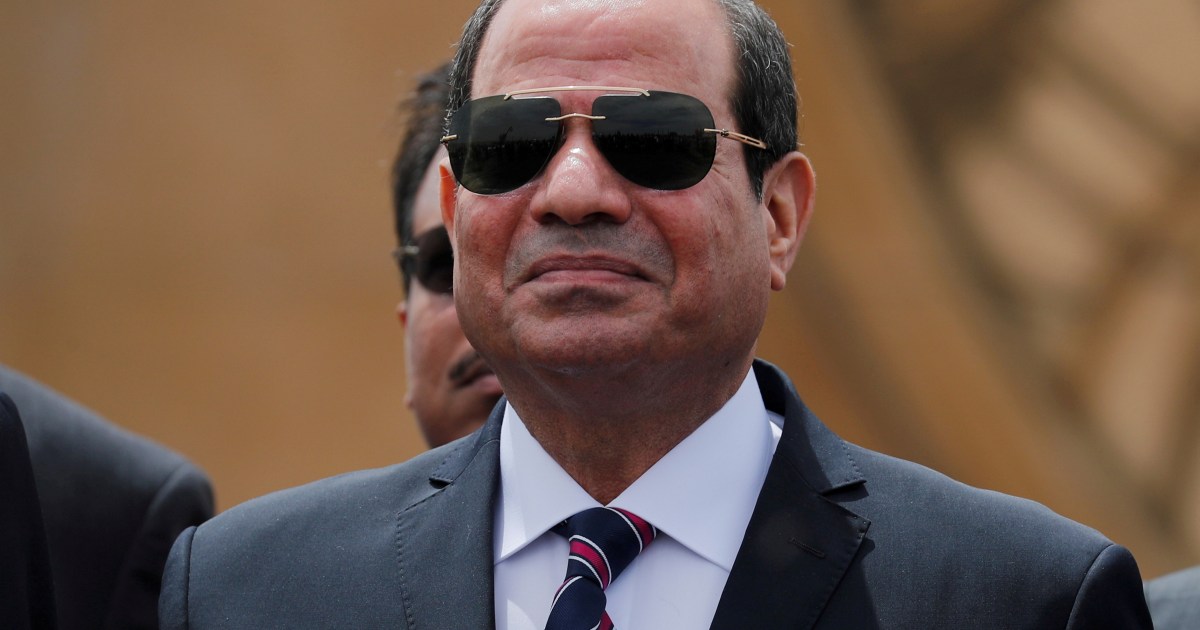 A major controversy was sparked by Egyptian President Abdel Fattah El-Sisi's decision to stop extending the state of emergency that has been in place in the country for years, a controversy that overshadowed the joy expected from the decision.

Although a majority welcomed the decision, whether they were supporters or opponents, they differed about its true value on the ground, and the extent of its impact on the political and security situation in Egypt, whether with regard to detainees who are already being tried before emergency state security courts, or with regard to the next phase of the country's future. .

Yesterday evening, Monday, Sisi announced that the state of emergency that had been in place in the country for years would not be extended, and he said in a Facebook post, "Thanks to its great people and loyal men, Egypt has become an oasis of security and stability in the region."

A large number of supporters of the Egyptian regime expressed great happiness with the decision, which inaugurates a new phase of the security situation in the country, and clearly announces the extent of stability that Egypt is experiencing under the rule of Sisi, according to their description.

A large number of officials, parliamentarians and journalists who supported the decision praised the decision, which a number of them considered as a "declaration of victory over terrorist groups and the enemies of the homeland." in Egypt.

Arab personalities were also keen to praise the Egyptian president's decision not to extend the state of emergency, and to congratulate the Egyptian people for what they described as a great achievement.

Sisi announces the cancellation of the extension of the state of emergency throughout the country https://t.co/6uYzA0lfuX A brave and cheerful step ….

President Sisi's decision to cancel the state of emergency reflects the atmosphere of stability and the decline of terrorist operations in the country, and opens the way for more freedoms under the new republic

Good morning to the good people❤

Frankly, announcing the abolition of the state of emergency in the country, this is

a very good step, something seriously feels religious to the citizen, not like the first. A good word is worth it

Sisi is a veteran politician.

We congratulate the sisterly Arab Republic of Egypt, President Abdel Fattah El-Sisi’s announcement to cancel the extension of the state of emergency, a historic step, a positive message, and a decision that turns the curves of grave challenges and launches the stage of strengthening construction, development and prosperity.

Sincere greetings from the Emirates to dear Egypt.

On the other hand, although they welcomed the decision, activists and human rights activists underestimated its importance, explaining that all the exceptional texts that permit arrest, search and imprisonment without being bound by the law of procedures contained in the emergency law, have been transferred to other laws and their application does not require declaring a state of emergency, meaning that “the procedures Temporary exceptionalism has become legal permanent,” according to their description.

A number of activists demanded other decisions confirming the actual end of the state of emergency, not on paper, on top of which is the release of those held in pretrial detention for years, stopping the exceptional courts, lifting the blocking of independent press and human rights websites, and stopping the canned accusations that have spread in recent years, such as spreading false news, and aiding terrorist groups to achieve their goals and others.

Activists cited examples of laws that have been enacted to legally maintain the state of emergency, including the Protest Law, the Anti-Terrorism Law, and the Terrorist Entities Law.

In this context, the Arab Network for Human Rights Information said that stopping the extension of the state of emergency and its law will not lead to any more spacious or safer spaces for citizens, nor will it lead to any significant amount of democratic transformation, as the Egyptian legislative structure, especially in In recent years, a tyrannical structure in which criminalization and punishment depend on stretchy phrases and words that are open to several interpretations.

A statement by the human rights network referred to what it described as "extremely expanded powers that gave the security services the opportunity to distance their members from accountability, even if it was related to killing people, as long as the banner of fighting terrorism and extremism was displayed in our faces."

The emergency law was used by the Mubarak regime to justify its exceptional practice of detaining dissidents outside judicial authority.

Now, all violations are codified through the judiciary, which has turned into an executive tool.

There is not a single detainee currently under the Emergency Law.

Failure to renew the state of emergency does not change the scene.

They deceived you and said that they canceled the #emergency_law, but the reality is that the exceptional texts that allow arrest, search and imprisonment without being restricted by the Criminal Procedure Code have been transferred to other laws that do not require the existence of a state of emergency, such as the laws against terrorism and terrorist entities.

Otherwise, how will Sisi fill his new prison complex?

I canceled the state of emergency, and the law on pretrial detention and the terrorism law will plague you pic.twitter.com/0rCQjDsLpC

And about the impact of the decision on cases before the emergency courts, a controversy arose among lawyers about the continuation of the emergency state security courts to consider the cases that they have already begun to consider. new.

For its part, Amnesty International welcomed Egypt’s decision not to extend the state of emergency declared since 2017, and called, through its account on “Twitter”, for the release of people who have been sentenced or who are under trial before emergency state security courts for exercising their rights, and for the retrial of those who have been sentenced to death.

In its tweet, the international organization published pictures of the Quartet, Abdel Moneim Aboul Fotouh, Hoda Abdel Moneim, Alaa Abdel Fattah, and Aisha Khairat Al Shater, as the most prominent of those being tried before the emergency state security courts.