Concerns about fraud behind the digital exclusion of the elderly

Many older people are actively opting out of Internet services due to concerns about crime and fraud, according to a new report from the Internet Foundation. There are now calls for more municipalities to offer help to the elderly. - We must invest in supporting the oldest and ensure that they have somewhere to go to get help, says Måns Jonasson at the Internet Foundation. 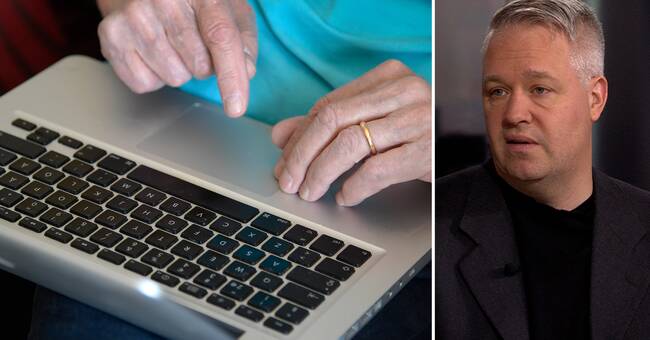 In the past, it has shown that many older people do not use the internet at all.

Among other things, more than half of the respondents over the age of 60 state that they are very worried about being exposed to attempted fraud online.

Precisely concerns about security also mean that a third actively choose not to use, for example, e-services.

Måns Jonasson, an expert at the Internet Foundation, says that digitalisation has moved rapidly in Sweden.

- It is difficult to carry out ordinary tasks without being able to log in to 1177 or make your declaration online.

At the same time, we clearly see that there is a group of pensioners and the elderly who opt out of the internet and it can be seen that many are worried.

According to the report, every fifth pensioner does not use the internet at all.

Despite this, it is far from all municipalities that offer help to the elderly, according to Måns Jonasson.

- If municipalities and the state are to continue to be able to count on the citizens to handle more and more of their affairs themselves digitally, we must also invest in supporting the oldest and ensure that they have somewhere to go to get help.