Australia promises to be climate neutral by 2050

By 2050, Australia will be climate neutral, ie reach net zero emissions. It now promises Prime Minister Scott Morrison ahead of the climate summit in Glasgow. 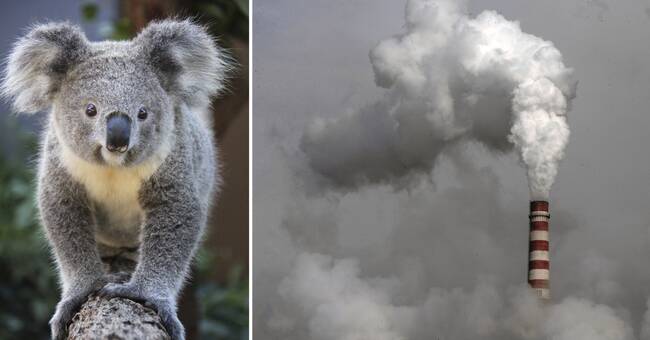 Australia is one of the countries in the world with the largest greenhouse gas emissions per capita, and has long been harshly criticized for dragging its feet in the climate issue.

The country is one of the world's largest exporters of coal and natural gas.

"Australians want a plan for net zero emissions by 2050 that involves the right measures against climate change in a changing world," says Morrison.

However, Morrison does not want to set any more ambitious goals ahead of the upcoming UN climate summit in Glasgow, which begins on Sunday.

Australia does not agree to promise to reduce its greenhouse gas emissions by 2030, which is seen as crucial to tackling climate change in a meaningful way.

According to researchers, emissions need to be reduced by 45 percent by 2030 for the Paris Agreement's goal of a maximum of 1.5 degrees warming to be possible.

"I do not intend to be intimidated by people who do not understand Australia," Prime Minister Morrison wrote in a debate article in the Herald Sun, continuing:

"We want our heavy industries, such as mining, to remain open, remain competitive and adapt so that they remain viable as long as global demand allows."

Australia has previously agreed to reduce greenhouse gas emissions by 26-28 percent compared to 2005 levels, a goal that Morrison has claimed the country will "reach and hit".

The country is considered to lag behind in climate work and is one of the world's largest exporters of coal and natural gas and has long refused to set targets for carbon dioxide neutrality, ie that the country should not emit any greenhouse gases net.

It has received criticism from the United States and the United Kingdom for failing to act in the past, but also from island nations in the Pacific that are catastrophically affected by the effects of climate change with storms and rising sea levels.

Morrison, who leads the Liberal Party, does not reveal what concessions have been made to his coalition partner, the National Party - long dominated by climate skeptics and coal interests - after weeks of internal negotiations.